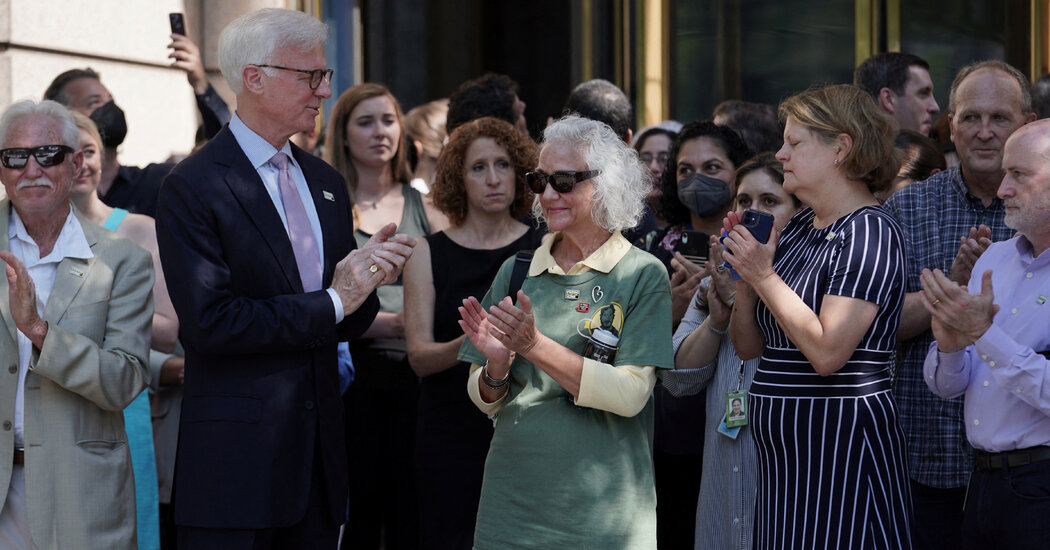 There are signs that efforts to free Austin Tice, who disappeared in Syria in 2012 and who the U.S. believes is being held by the Syrian government, are reviving. But his family says the U.S. needs to do more.

BEIRUT — Ten years after the American journalist Austin Tice disappeared in Syria as the country descended into a brutal civil war, and was believed to have been held captive by the government of President Bashar al-Assad since, his release still remains elusive.

While one of his employers says that efforts to secure his freedom are picking up steam, his family remains unconvinced that the Biden administration is doing enough to push the Syrian government, partly due to the diplomatic complications stemming from the lack of formal relations between the United States and Syria.

McClatchy, the U.S. newspaper company for which the journalist had been freelancing, among others, said this week that a multinational effort to free Mr. Tice is showing signs of revival and that there had been direct contacts between the U.S. and Syrian governments.

A spokeswoman for McClatchy said Monday that the progress was the culmination of intense activity by the Biden administration and the journalism industry leading up to the 10th anniversary of Mr. Tice’s disappearance. But the company’s chief executive, Tony Hunter, has also said recently that there had not been much movement on the issue since May.

Last week Debra and Marc Tice, the parents of Mr. Tice, who disappeared in August 2012 outside Damascus, wrote an opinion piece in the Washington Post in which they noted the family weddings, graduations and other family get-togethers their son had missed in 10 years of captivity, and urged President Biden to step up diplomatic efforts to free him.

The Tice family did not respond to requests for an interview.

The United States has “engaged extensively” to get Mr. Tice back to the United States, including by directly contacting Syrian officials and working through third parties, according to a senior administration official who spoke on condition of anonymity due to the sensitivity of the case. However, the official said the Syrian government has not yet agreed to discuss Mr. Tice’s case.

Last week, President Biden said in a statement that his administration has repeatedly asked Syria’s government to work with them to bring Mr. Tice home.

“On the tenth anniversary of his abduction, I am calling on Syria to end this and help us bring him home,” President Biden said in the statement, adding that the United States was certain that the journalist was being held by the Syrian government.

President Biden has said his administration has no higher priority than the release of American hostages and those wrongly detained abroad.

If he is still alive, as the United States believes he is, Mr. Tice, a former Marine Corps infantry officer who was deployed in Iraq and Afghanistan, would be one of the longest-held American hostages abroad, a captivity that has extended across three U.S. administrations. He would have turned 41 on Aug. 11.

Mr. Tice, who was freelancing for The Washington Post as well as McClatchy and other outlets when he was abducted, had been in Syria for months, embedding with and writing about opposition rebels as an anti-government uprising spiraled into civil war. Syria has long maintained that it is not holding Mr. Tice and has no information about him.

Efforts to secure his release have been complicated by the fact that the United States suspended diplomatic relations with Syria as a result of the Assad regime’s brutal crackdown on dissent.

Mr. Tice’s parents met on May 2 with President Biden at the White House, where he directed his senior national security staff to engage directly with the Syrian government, according to the article they wrote in the Washington Post.

Weeks after that meeting, Lebanon’s security chief, Abbas Ibrahim, came to Washington and met with officials from the Biden administration and the C.I.A., according to Nizar Zakka, president of Hostage Aid Worldwide. His organization has been helping Mr. Ibrahim and the United States for the past two years to find leads regarding Mr. Tice, he said.

The objective of the meeting was to find a way to make advances with the Syrians, who have always been evasive when asked about Mr. Tice, Mr. Zakka said.

Mr. Ibrahim has been credited with negotiating the release of several Westerners from the Middle East, including an American and Canadian from Syria, as well as Mr. Zakka, a Lebanese national held for four years in Iran and accused of spying for the United States.

Following his meeting in Washington, Mr. Ibrahim went to Damascus and met with Syrian officials, but the meeting went nowhere, Mr. Zakka said.

In 2004 Debra Tice spent nearly three months in Damascus “knocking on doors, making phone calls, doing everything possible to learn of Austin’s whereabouts.” Eventually she received a message from a senior Syrian government official: “I will not meet with the mother. Send a United States government official of appropriate title.”

The U.S. government has pursued numerous efforts over the years to secure the release of Mr. Tice, much of it under President Trump, who made freeing American prisoners and hostages held around the world a priority.

In 2017, in the first year of Mr. Trump’s administration, the White House set up a back channel to communicate with the Syrian government. In February of that year, Mike Pompeo, then the C.I.A. director, spoke on the phone with Ali Mamlouk, the head of Syria’s National Security Bureau intelligence service, who is under U.S. sanctions.

The administration then sent an intermediary to meet with Mr. Mamlouk and deliver an unsigned letter from the U.S. government. Those communications fell apart after the Syrian government carried out a chemical gas attack in rebel-held northern Syria and the United States responded with a missile strike on a Syrian airfield.

In August 2018, a top C.I.A. agency official with expertise in the Middle East met with Mr. Mamlouk in Damascus and raised Mr. Tice’s case.

Two years later, high-level U.S. officials, including Roger D. Carstens, the State Department’s special envoy for hostage affairs, met with Mr. Mamlouk again in Damascus to try to secure the release of both Mr. Tice and another American citizen, Majd Kamalmaz, a Syrian-born psychotherapist who was taken at a checkpoint in 2017.

The Syrian government has also not acknowledged holding Mr. Kamalmaz.

Months after the meeting, a U.S. official said that efforts to secure the release of both men were in their early stages.

The United States has also imposed sanctions on Syrian military and political officials for human rights abuses, as well as on Syrian businesses and banks.

In the op-ed they wrote, Mr. Tice’s parents called the obstacles cited by U.S. administrations “excuses.” They welcomed Mr. Biden’s words of encouragement but said their son needed more than that after 10 years of captivity.

“He needs our government to turn the president’s words into action,” they wrote. “He needs to come home.”