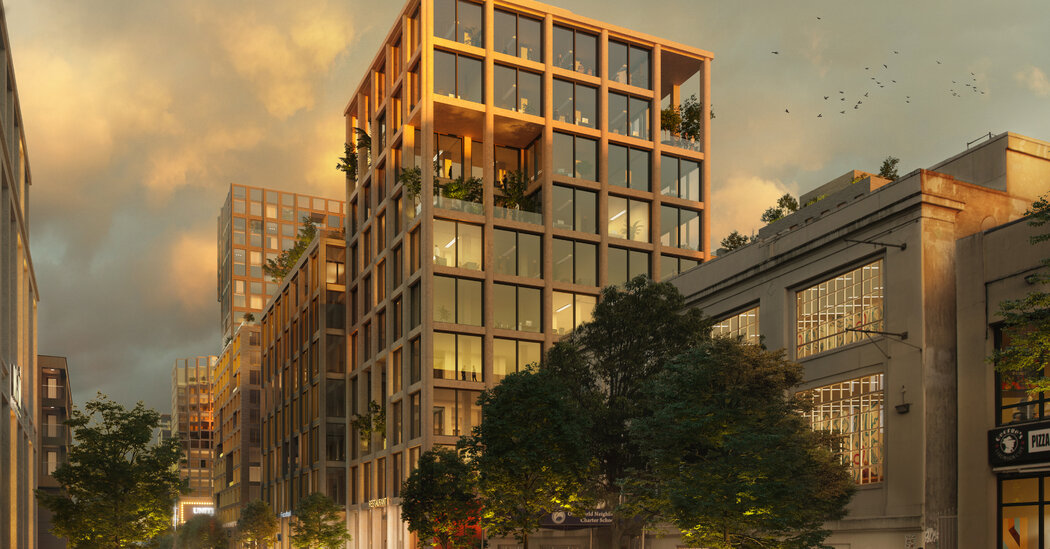 The Innovation Queens project will, after weeks of contentious negotiations, include 1,400 affordable units out of more than 3,000 new homes.

The New York City Council voted on Tuesday to approve another major housing development in a sign that elected officials are increasingly willing to work with the real estate industry to address the city’s urgent housing crisis.

The project, a massive $2 billion development known as Innovation Queens, will span five city blocks and add more than 3,000 homes in Astoria.

The proposal had been enmeshed in weeks of contentious negotiations, as New York City once again found itself grappling with compelling, but competing interests: How to balance the critical need for housing against neighborhood concerns of affordability and gentrification.

Major proposals, like a rezoning of Industry City in Brooklyn and a proposed new headquarters for Amazon in Queens, were thwarted in recent years; and earlier this year, a project in Harlem to build 900 apartments died after the local council member opposed it.

Innovation Queens seemed headed for a similar fate, with the local council member, Julie Won, opposing the plan because she said it did not call for enough affordable housing, especially for people at the lowest income levels. She was supported by Representative Alexandria Ocasio-Cortez, whose district includes Astoria.

But the developers and the city’s housing department agreed to double the allotment of affordable housing units to 1,400, or about 45 percent of the project.

Mayor Eric Adams, a Democrat who took office in January, has supported the project and other recent housing plans in Throgs Neck in the Bronx and Halletts Point in Queens that were approved by the City Council after facing opposition from local council members.

“This is exactly the kind of historic work we must do to tackle the housing shortage at the root of our affordable housing crisis,” Mr. Adams said.

But even as elected officials celebrated the victory, there were growing concerns that the city was moving too slowly to address the housing crisis and that Mr. Adams was not creating affordable housing quickly enough.

While the Adams administration is pushing changes that could make it easier to build, like relaxing requirements that new buildings provide parking spaces, it is also grappling with a staffing crisis at key departments that oversee housing. Rents have risen sharply this year, interest rates are rising and a major tax incentive for developers expired in Albany.

Mr. Adams announced a soccer stadium deal in Queens last week that is expected to create 2,500 units of affordable housing. But that housing is not expected to be completed until 2030, and the Innovation Queens project could take a decade to fully complete, though some sections could be finished sooner.

The city’s efforts to build affordable housing have been anemic. Officials were only able to start construction or preservation of about 16,000 below-market-rate homes in the most recent fiscal year ending in June — almost half of the number it averaged in the prior four years.

“We’ve seen the city’s housing production decrease by 43 percent just in one year alone,” said Rachel Fee, the executive director of the New York Housing Conference, a nonprofit advocacy group. “There are real significant challenges ahead.”

Still, Ms. Fee said the Queens project’s approval should be viewed as a win.

“We really need the Council to be working with the Adams administration and really taking a hard look at what the other opportunities are across the city,” she said.

The 51-seat City Council has an unspoken tradition, known as member deference, that allows a council member to effectively veto land-use proposals in their district. The City Council speaker, Adrienne E. Adams, has signaled that she is open to ending the practice, saying that she values community input, but not “irrational opposition that rejects desperately needed housing.”

Ms. Adams said on Tuesday that it was important to weigh each neighborhood’s needs when deciding how to shape projects like Innovation Queens.

“We knew this was a critical project that had the opportunity to create many units of affordable housing,” she said. “It was not something the City Council could fail to try negotiating.”

Ms. Won, who is part of the Council’s progressive caucus, had opposed the project, which lies between 35th and 36th Avenues, just north of Northern Boulevard. But she announced her support on Monday after developers agreed to build more than 1,400 affordable units — roughly 45 percent of the total — and double the 700 units they initially proposed.

“From Day 1, I have stood with my community in demanding deeper affordability from this development,” Ms. Won said.

Ms. Ocasio-Cortez, a left-leaning Democrat who represents Queens and the Bronx, said that concessions from the developers sent a “strong message that when it comes to new housing, our neighborhoods do not have to settle for crumbs of affordability.”

Jay Martin, a partner at BedRock Real Estate Partners, which is one of the project’s developers, said on Tuesday that “the city’s housing crisis will not be solved by the public sector or the private sector alone.” The other developers are Silverstein Properties and Kaufman Astoria Studios.

Housing has become an increasingly pressing issue in New York City — part of a national housing shortage in which Americans are struggling to afford homes.

A typical household spends almost 35 percent of its income on rent, up from less than 30 percent in the mid 2000s. The median rent on newly leased apartments in Manhattan reached a record of $4,000 this year. Homelessness also reached a record level at more than 61,000 people.

Many of the city’s problems, including the high cost of living, stem from the shortage. The New York metropolitan area needed more than 340,000 additional homes in 2019, according to a May estimate from Up for Growth, a Washington policy and research group. The shortage is most acute for lower-income New Yorkers, many of whom are spending more than half their income on housing.

Mayor Adams released his housing plan over the summer, but he declined to provide a specific goal for affordable units. His predecessor, Bill de Blasio, made investing in affordable housing a cornerstone of his efforts to reduce inequality, and his administration preserved or built more than 200,000 affordable homes, including about 30,000 in the 2020 fiscal year.

The Adams administration has seen thousands of city employees quit, which has slowed work at agencies. The city’s work force declined by 19,000 employees over the last two years, according to a recent report by the state comptroller, which found that the vacancy rate at the Buildings Department was nearly 25 percent.

Drawings of the project include glass buildings, public parks, a playground and a “community hub” for nonprofits. But some took issue with the inclusion of Gucci and Chanel stores in those drawings, fearing that it would become another neighborhood for the wealthy.

Ms. Won said in a television interview on NY1 last month that there were more than 20 homeless shelters in her district and huge demand for affordable housing.

“There’s more parking spots being offered by this than affordable units,” she said.

Putin and Erdogan to Talk in Sochi, Russia.

Adult Performers, Trump Supporters and Parodies: Who Is Paying for Twitter?