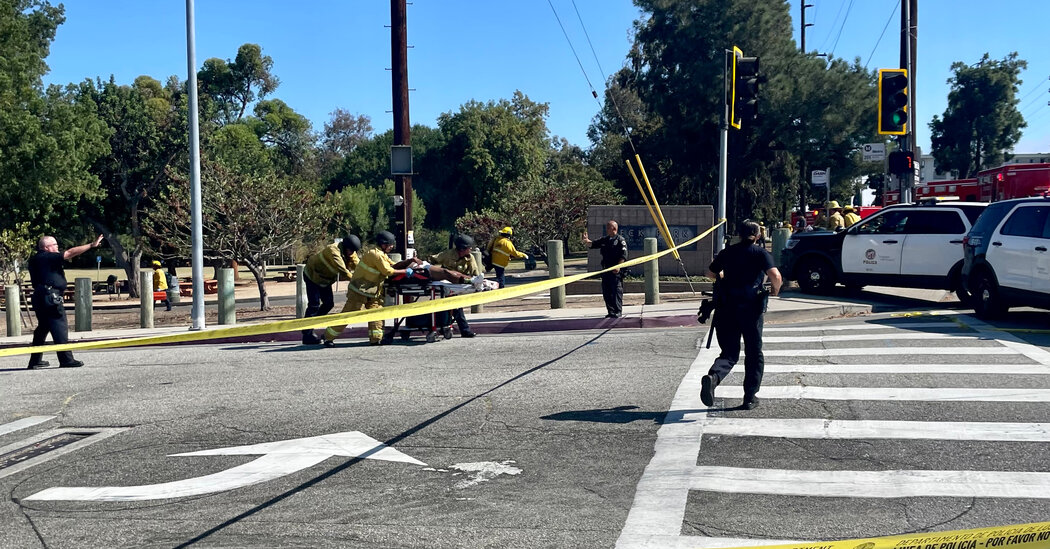 Two people were killed and five were injured when one or more people opened fire during a car club show in a Los Angeles park on Sunday afternoon, the authorities said.

Four men and three women were hospitalized, all with gunshot wounds, the Los Angeles Fire Department said. Two later died, the authorities said. The seven victims ranged in age from 23 to 54.

The shooting occurred shortly before 4 p.m. around Peck Park, which is in the San Pedro section of Los Angeles, the Los Angeles Police Department said on Twitter. About 500 people were in the park at the time, the police said. No arrests had been made by Sunday evening.

Lola Warren, a resident of Los Angeles, said in an interview near the park entrance that before the shooting she had been watching a baseball game with players from Compton and other neighborhoods of the city.

She heard gunshots — from just beyond the outfield, she thought — and began running, she said. “People had babies and kids,” she recalled of the scene. At one point, she played dead.

She crossed the field and made it to her car, where she found a man lying on the ground. “His face was full of blood,” she said. Medical personnel arrived, and they began performing CPR.

“It was terrible,” Ms. Warren said.

The authorities received a 911 call shortly before 4 p.m. and heard gunshots in the background, Erik Scott, a spokesman with the Fire Department, said in a news conference Sunday night.

“It appeared to be a dispute between two parties,” she said, adding that the authorities were investigating the possibility of “numerous” people firing shots.

The car show did not have a permit to take place, Ms. Muniz said.

After the shooting, police temporarily shut down the park, forbidding people from leaving if they might have seen anything.

Peck Park is popular on weekends as a gathering place for birthday parties, barbecues and car shows like the one that occurred before the shooting. San Pedro, which is home to the Port of Los Angeles, the nation’s largest port, is an ethnically diverse neighborhood that relies economically on the shipping industry.

Los Angeles, like many major cities and other places in the United States, has been straining from violence. Homicides hit a 15-year high last year and through May were occurring at an even faster rate this year, according to an analysis of police data by The Los Angeles Times.

Covid-19 vaccine: Private hospitals can charge up to Rs 250 per dose, free at...

No lockdown is imposed in Haryana: CM