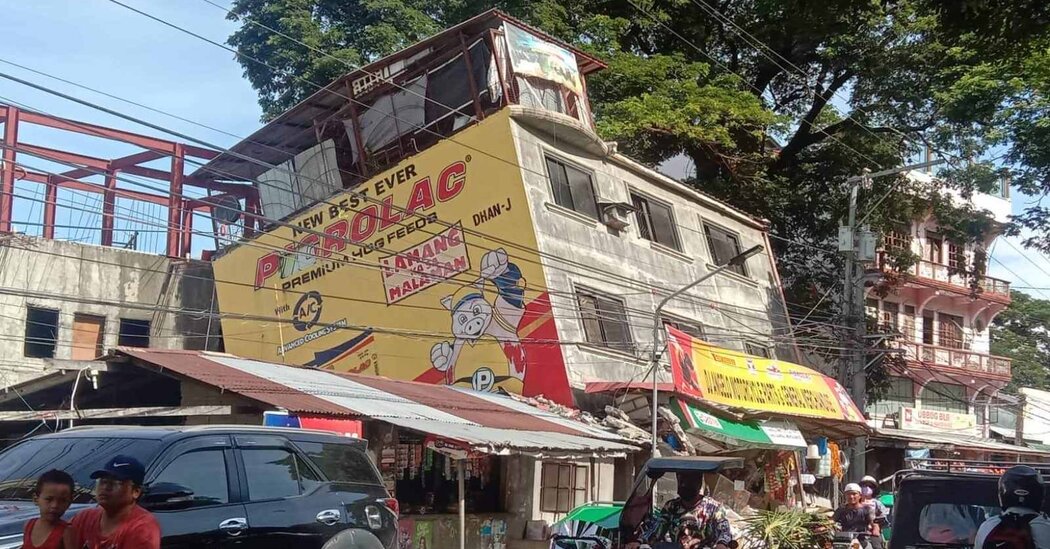 The 7.0 magnitude quake on Luzon island caused some structures to collapse, officials said. There were no immediate reports of casualties.

The 7.0 magnitude quake struck at 8:43 a.m. at a depth of 10 kilometers, or six miles, according to the Philippine Institute of Volcanology and Seismology. The epicenter was in the northwestern part of Luzon, the country’s most populous island.

“This is a major quake,” Renato U. Solidum, the head of the institute, said in an interview with a local radio station. He added that it had been felt with “relatively moderate intensity” hundreds of miles away in the capital, Manila.

There were no immediate reports of casualties. But officials released photos from Abra Province, where the quake struck, that showed damage to buildings, some of which had partially collapsed.

Other official photos from Baguio City, in nearby Benguet Province, showed patients sheltering on the grounds of a hospital after being evacuated. One sat in a wheelchair, attended by medical personnel.

Joy Bernos, the vice governor of Abra Province, said in a radio broadcast on Wednesday morning that people there were still experiencing aftershocks approximately every 15 minutes.

The extent of the damage in Abra was not immediately clear. Ms. Bernos said initial reports indicated that some bridges had collapsed.

The seismology institute initially reported that the quake had a magnitude of 7.3, but later downgraded its estimate.

The Philippines, an archipelago of more than 7,000 islands, lies along the so-called Ring of Fire, a region where tectonic plates sometimes grind together to cause deadly earthquakes.

Two earthquakes in the central Philippines each killed nearly 100 people in 2012 and 2013. Two years ago, an earthquake west of Manila left at least 11 people dead.

The tectonic plate under the Philippine Sea has produced seven earthquakes of at least 8.0 magnitude and 250 others larger than 7.0, according to the United States Geological Survey.

This is a developing story.

IPL 2021: Prithvi Shaw admits their admiration for Sehwag on becoming in contrast to...

Aaj Ki Baat LIVE | Politics over how EVMs from a polling booth in...