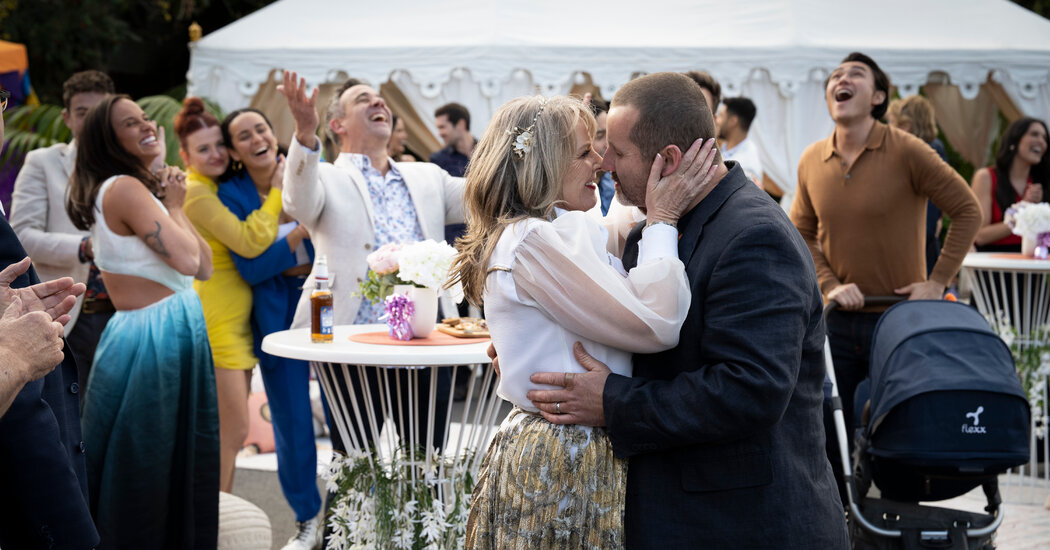 The unexpected revival of “Neighbours,” the long-running drama that offered a sweet, uncontroversial vision of Australia, comes via Amazon. Will streaming change its nature?

In July, the ending of “Neighbours” felt definitive, recalled Sarah Mayberry, a writer for the show who has penned hundreds of episodes over 24 years.

Those who worked on Australia’s longest-running television drama had hoped for a last-minute miracle, she said. When that didn’t happen, they went through a “grieving process,” holding small farewell parties for different departments, followed by a big one on the last day of filming.

Just months later, in a twist that wouldn’t be out of place in the show, production company Fremantle announced that it had secured Amazon as a partner to revive “Neighbours.” The new series will start filming in Australia next year, the company said Thursday, and will stream in the United States and Britain on Amazon’s free-to-view streaming platform, Freevee. In Australia, it will be broadcast on Network Ten and streamed on Amazon Prime.

“We look forward to immersing the audience in new Ramsay Street experiences,” Lauren Anderson, head of original content and programming at Amazon Studios, said in a statement.

Like others who worked on the show, Ms. Mayberry learned the news through the media.

“Everyone’s still a bit gob-smacked,” she said, but added that they were all “excited and relieved and grateful that this funny, quirky show gets another life.”

The show’s revival speaks to its enduring appeal, both in Australia and overseas. In Britain, which accounted for the majority of its viewers, it offered escapism in the form of a kind, uncontroversial vision of Australian life.

For Australians, its appeal is wrapped up in nostalgia and familiarity. “It’s like Vegemite,” said Ms. Mayberry. “You know it’s always on the shelf.”

The revival takes place as free, over-the-air broadcasters adjust to competition from streaming platforms, according to Marc C-Scott, a senior lecturer in screen media at Victoria University.

It raises questions, he said, about “what is the future of free to air broadcasting? Can soaps survive on free to air broadcasting alone?” A more sustainable model might be a combination of over-the-air broadcasts and streaming, like “Neighbours” is now attempting, he said. Details of this model, such as whether the show would still be available on 10 play, Network Ten’s free streaming service, or only on Amazon Prime with a subscription, have yet to be announced.

Dr. C-Scott wondered whether the show would keep its current schedule of airing four or five episodes every week, or whether it would instead package episodes in a more streaming-friendly format, such as a 10- or 20-show season.

He also wondered if Amazon would leverage the show to increase subscriber numbers in Australia, Britain and elsewhere, perhaps by introducing overseas characters to Ramsay Street.

Maybe Amazon might make its presence felt with cameos from characters from other Amazon shows, he speculated, or have characters receive Amazon deliveries.

Ms. Mayberry, the “Neighbours” writer, lost her job along with the rest of the cast and crew when the show ended and has not been involved in discussions about the new season. But she speculated that the shift to streaming could free the show from the G rating it was required to adhere to because of its British broadcast time slot.

“That meant we weren’t able to say certain words, and talk about certain concepts, and show a weapon being used in a certain manner,” she said. Without that constraint, the show might be able to “tell slightly edgier stories.”

It would hopefully also continue its trend toward having an increasingly diverse cast of characters, she said, to better reflect Australian society.

But the original 38 seasons would always be the spirit of the show, she added. “That’s the show that’s attracted such an outpouring of love and affection when it ended, so you don’t want to mess with that formula. But there’s no reason we can’t tweak it.”

Now for our stories of the week: