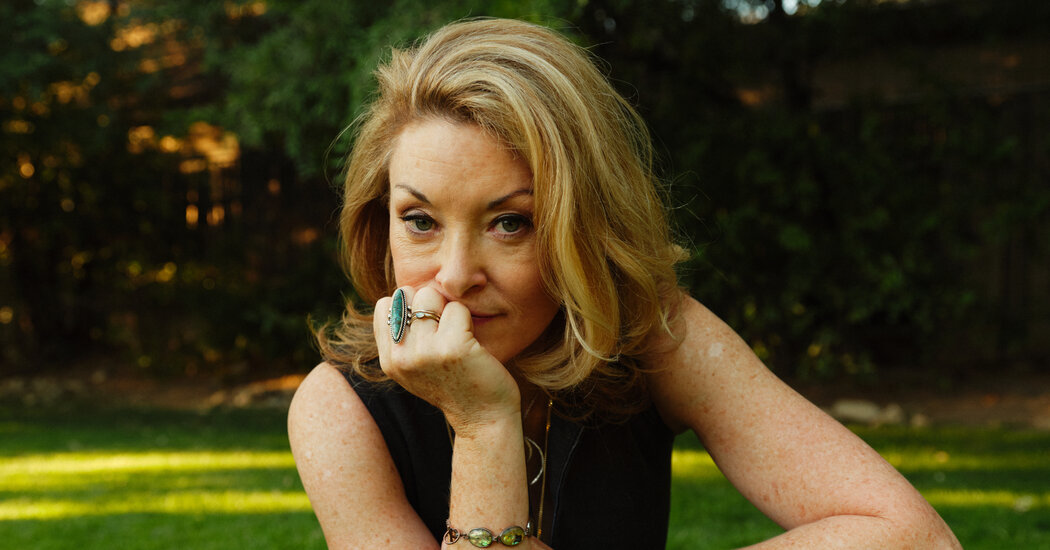 To cope with the impending loss of the family patriarch, who decided on medically assisted suicide, Ondi Timoner did what she knows best: She made a movie.

TELLURIDE, Colo. — Signs of him are everywhere. The documentary filmmaker Ondi Timoner sees her late father, Eli Timoner, in the bit of white fluff that lands in her hand from a cottonwood tree while she sits in the Colorado sunshine. She sees him in the shooting star — the first she’d ever witnessed — that arced across the Los Angeles sky the day she finished editing the memorial video for his funeral. And she sees him in the peacock with the epic tail feathers that stood sentry in her front yard while she sat shiva inside. She was so confident it was her father standing guard she named the bird Eli.

“Dad said he was going to watch over us, so we have to at least give him the benefit of the doubt,” Timoner said in an interview, cupping the white fluff like a fragile baby chick.

This may all sound a little woo-woo, but once you meet Ondi and the rest of the Timoner clan it makes sense. This tight-knit group of intellectuals made up of Rachel, a Brooklyn-based rabbi; David, a Los Angeles-based film editor; and Lisa, their dutiful mother, (along with their spouses and children) engaged in the extraordinary: They honored their 92-year-old terminally ill father’s wish to die through the California End of Life Option Act. They consulted the doctors. They followed the 15-day process. They asked him all their questions, arranged farewell Zooms with his far-flung friends and said their goodbyes. Then they mixed the medicines that ultimately stopped his heart.

Ondi documented it all.

The film is called “Last Flight Home” (in theaters Oct. 7), and in addition to recording Eli’s final days in early 2021, it provides a chronicle of a man who thrived during the first half of his life and struggled for the second, leaving an indelible mark on those around him despite significant personal challenges.

The Telluride Film Festival described the documentary as “an emotionally devastating film, one in which every tear is a prism of joy.” Variety deemed it “a tribute, a grappling with mortality, an exercise in self-surveillance, a messy home movie, a brief account of aviation history and a lesson in letting go and grief.”

Eli was a businessman who founded Air Florida in the 1970s, offering inexpensive flights along the Eastern Seaboard, and a philanthropist who raised millions of dollars for the Greater Miami Jewish Federation. Photographed with prime ministers, princes and senators, including President Biden, and interviewed on “Good Morning America,” Eli was a pillar of the community. Lisa called their early days “idyllic years, probably too good for any two people.”

It all disappeared in 1982, when Eli, at 53, suffered a debilitating stroke that left him paralyzed on his left side. He was forced out of the company he founded by the board of directors he assembled because they believed leaving a disabled man in charge was bad for business, according to the film. The next four decades were a financial struggle with deals gone bad and debts left unpaid. Eli may have been surrounded by a loving wife, three successful children and five doting grandchildren, but the pain of disappointing them financially was never far from the surface.

Shot primarily in the living room of Eli and Lisa’s modest bungalow in Pasadena, Calif., with the detritus of the sick in full display, “Last Flight Home” wasn’t supposed to be a film at all. But Ondi, 49, often uses her camera to venture into worlds not normally accessible to her.

In “Dig!,” she documented the friendship and rivalry of once-promising bands the Brian Jonestown Massacre and the Dandy Warhols; in “We Live in Public,” she explored the loss of privacy through the life of internet pioneer Josh Harris. (Both films won the grand jury prize at Sundance.) The unknown presented by her father’s desire to die proved to be the most foreign world of all.

“I panicked,” she said. “I just was so scared to lose the most important person, the greatest person I’d ever known. He was my rock.”

Lisa, at first, found the cameras in her living room “totally inappropriate.” David felt “slightly annoyed” about them but not surprised. “She’s kind of a compulsive documentarian,” he said. Rachel warmed to them once she saw that her father didn’t mind — he mic’d up every day at Ondi’s request. At first, it was just about preserving her father: “I wanted to bottle him up,” Ondi said. “I was terrified to not hear his voice again.”

What was initially supposed to be a family archive became a 32-minute memorial video. “I just couldn’t stop editing. He was alive in the Avid,” Ondi said, referring to the editing system.

All along, as she edited, her mother watched, soothing her grief with repeat viewings. Soon the filmmaker realized she had a feature film on her hands, one brimming with humanity and the deep questions of life and death. “It was pretty clear that she had managed to capture something very special,” David said. “Sort of lightning in a bottle.”

Eli passed away more than a year ago and still Lisa watches the film four times a week. It’s on her computer. She lives alone, and “late at night, when I miss him,” she said through tears, “I turn on the film and it makes me feel better. He’s with me and he’s funny and sweet.”

Rachel was less sanguine about turning the footage into a feature film for all the reasons you could imagine: It was private. It was intimate. And the endeavor contradicted Jewish law, both the edict to preserve the dignity of the deceased and the belief, even in Reform circles, that hastening someone’s death is the equivalent of murder. But seeing the public response to the film, first at Sundance where it premiered earlier this year, then at Telluride in September, has changed her mind.

“I saw people crying so deeply, and it made me realize that if my father’s death could help other people approach their living and their dying in a way that could be redemptive, that’s worth a lot,” Rachel said. “And then there is the idea that this film could change laws. If that’s possible, this is OK. I’m a little uncomfortable. It’s not what I would choose. But it’s worth it.”

Before the Sundance premiere, Rachel explained in the Jewish publication Forward her new position on the controversial issue, documenting the circumstances that led her to her father’s deathbed, as his daughter and his rabbi. She has since become an advocate for the New York Medical Aid in Dying Act, a bill in the Health Committee now.

“Last Flight Home” screened for the state’s legislators in May, and she and Ondi participated in a question-and-answer session with them. In August, the Central Conference of American Rabbis, an influential group in the Reform movement, changed its position on medical aid in dying. It now supports the current law in Canada because the country has universal health care, eliminating the chance that people would make the decision to end their life because they didn’t have health care as could be the case in the United States.

“This is a big shift for the Reform movement,” Rachel said.

A remarkable moment occurs in the film when Rachel ministers the confessional prayer, the vidui, at Eli’s bedside. It’s a moment of revelation and acceptance, allowing a dying person to rid himself of regrets and the perceived wrongdoings he committed during his life. Rachel knew her father carried a lot of shame, primarily over his inability to provide for his family financially, but she was still stunned by his level of regret. In the film he calls himself a schmuck. He believes himself to be a failure yet finally, with two days to live, we witness him let go of the shame and see his life from a different perspective.

“Now, I want so many people to see this movie,” Rachel said. “What about all the people who might see it and think, ‘Oh my gosh, I’m also walking around beating myself up because I don’t have enough ‘worth’ when actually I have inalienable, inherent, God-given worth.’ If people get that from this film, then I have no reservations anymore. I want people to see it and feel that for themselves and not have to wait until the last day of their lives.”

The Timoner clan gathered in Telluride to celebrate the film and to celebrate their father. At a dining room table in their rental house above the mountain town, the brood began discussing the afterlife. Jews, Rachel explained, don’t believe in hell, but they do believe in Olam Haba, which translates to “a world after death.” To this family, there is no question that Eli is still present and that the film has made his presence even larger, because now, according to them, he lives inside the audience, too.

As a fitting end to this emotional journey, Rachel officiated at the wedding of Ondi and her partner, Morgan Doctor, the composer of the film, mere hours after our interview ended. In an email sent two weeks after the big day, Ondi reaffirmed her belief.

“I did feel Dad smiling across the sky when we were standing in the meadow and Rachel was marrying us.”

Scientists Have Designed a ‘Vagina on a Chip’