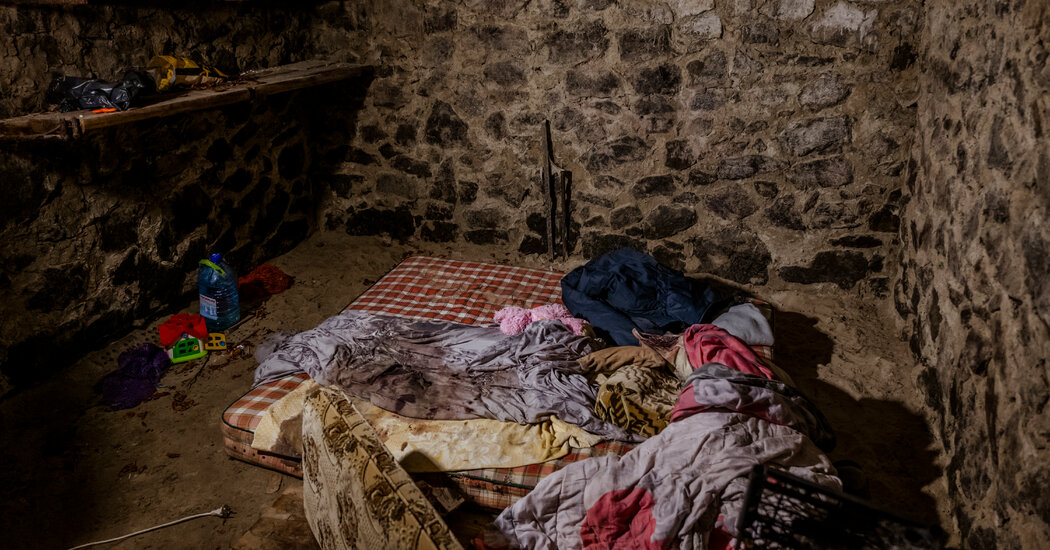 Russian forces have tortured and beaten civilians in the areas of southern Ukraine that they control, part of a series of abuses that may amount to war crimes, Human Rights Watch said this weekend in a report that further undermined the public case repeatedly made by President Vladimir V. Putin of Russia for the invasion.

Atrocities committed by Russian forces north of Ukraine’s capital, Kyiv, have already drawn global outrage and have been the subject of war crimes trials by Ukrainian prosecutors, but the report by Human Rights Watch, a New York-based nonprofit, casts a spotlight on the south of the country, where the Russian occupation forces tightly control access and information.

Starting in February, Russian forces pushed north from Crimea, a region of Ukraine that Moscow seized in 2014, and took control of territory along the Black Sea and Sea of Azov coasts including in Kherson and Zaporizhzhia Provinces.

“Russian forces have turned occupied areas of southern Ukraine into an abyss of fear and wild lawlessness,” said Yulia Gorbunova, senior Ukraine researcher at Human Rights Watch. “Torture, inhumane treatment, as well as arbitrary detention and unlawful confinement of civilians, are among the apparent war crimes we have documented.” Ms. Gorbunova said that the Russian authorities should end such abuses immediately and understand that they would be held accountable.

The report did not explicitly link the alleged abuses to Russia’s war aims, but Mr. Putin has cast Moscow’s invasion in February as a special military operation to rid Ukraine of Nazis, a line of argument that presents the war to a Russian audience as a noble mission.

There was no immediate comment from the Russian authorities about the Human Rights Watch report, but Moscow has in the past denied that its troops have committed abuses and has also said that its missiles target military, rather than civilian, areas.

Human Rights Watch said that it had spoken with 71 people in the Kherson and Zaporizhzhia regions who described 42 cases in which Russian forces had held people incommunicado or in which people had disappeared after having been detained.

The Geneva Conventions allow opposing sides in an international conflict to hold combatants as prisoners or war and also to intern civilians in certain circumstances, such as if they are deemed a serious and continuing threat to the detaining authority. But torture and inhumane treatment are prohibited and, when connected to a conflict, constitute war crimes. Political leaders can be charged with war crimes for abuses committed by their forces.

The Human Rights Watch report documented the torture of three members of Ukraine’s Territorial Defense Forces who were being held as prisoners of war, and said that two had died.

Kherson Province was the first area of the country that saw large civilian protests against Russia’s occupation early in the invasion. This was followed by repression, which has grown more brutal in Kherson as insurgents have carried out a series of bombings and attacks on local Russian proxy leaders, and have helped Ukrainian troops trying to reclaim lost territory.