emerged as the main challenge for BJP 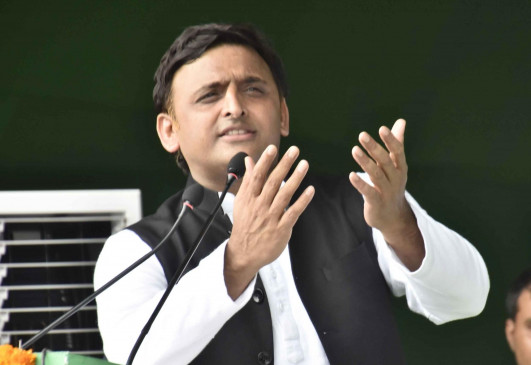 Lucknow, October 30 (IANS). The controversy between Samajwadi Party (SP) and Bahujan Samaj Party (BSP) over the Rajya Sabha elections in Uttar Pradesh has again led to bitterness between the two parties. But the situation seems to be working for SP at the moment.

The SP is now emerging as the main challenge for the ruling Bharatiya Janata Party (BJP) in the state. Even the staunch critics of SP president Akhilesh Yadav within the party are admitting that his masterstroke has made the party's weight heavy before the assembly elections.

A senior SP leader who is closely related to the party's senior leader Mulayam Singh Yadav said, Akhilesh's mistake of alliance with the BSP was defeated in last year's Lok Sabha elections, but now he is ready for it .

BSP President Mayawati got caught in the SP trap on Thursday after she announced that she would not hesitate to support BJP to defeat SP in the next Legislative Council election.

A senior party official said, "She has finally told the world that she is joining hands with BJP." In all these years she has misled the minorities, but now she is completely exposed.

He added, "Of course, the nomination of our independent candidate was canceled without any valid reason, but we have gained a political edge."

He also said that the leaders in the BSP who are against the BJP are now looking towards the SP.

The Samajwadi Party is upbeat about the fact that now in Uttar Pradesh, the same is the main challenge for the ruling BJP and the division of anti-BJP votes in the 2022 assembly elections will be greatly reduced.

The Congress, which initially claimed to emerge as a major force in Uttar Pradesh as an opposition, is troubled by differences among its own party.

The Congress has suffered a major setback before the by-elections in Uttar Pradesh. The strongman Annu Tandon, who won the election of MP from Unnao in 2009, has resigned from the Congress party. He also expressed displeasure over the party's policies. Apart from this, he also indirectly targeted Priyanka Gandhi Vadra. Therefore, it can be said that the current situation is seen in favor of SP as a strong opposition in Uttar Pradesh.

What should I learn about the delta variant?