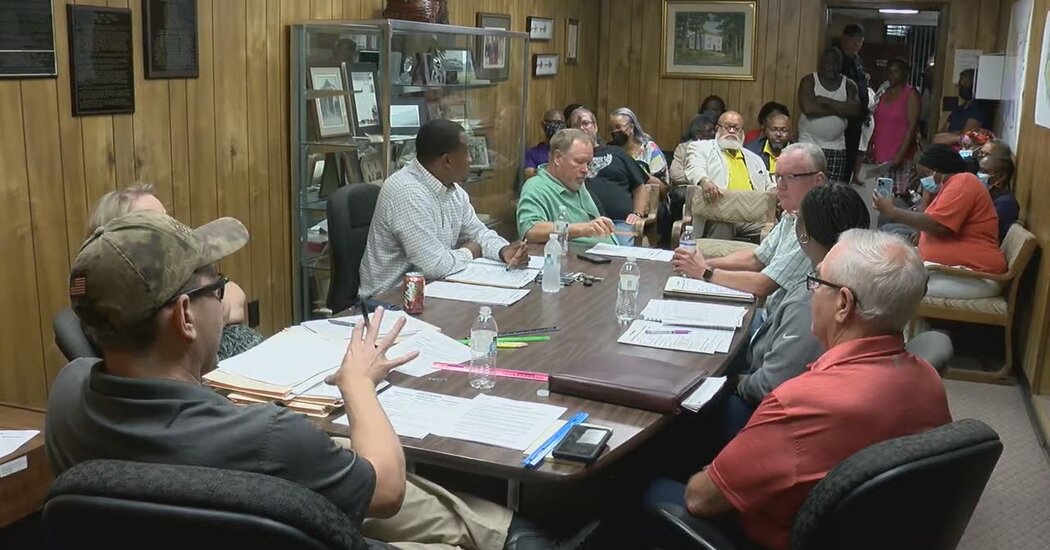 Leaders of Vincent, Ala., suspended the chief and assistant police chief after a screenshot circulated on social media showing the text message.

A small city in Alabama moved this week to disband its three-member police force after one of them sent a racist text message that then circulated on social media.

Pending an investigation into the text message, the City Council in Vincent, Ala., suspended the police chief and assistant chief at a meeting on Thursday and moved to dissolve the department, the mayor, James Latimer, said on Saturday. After that decision, the remaining member of the department resigned, the mayor said.

After the suspensions and resignation, the Shelby County Sheriff’s Office said in a statement on Friday that it was handling law enforcement emergency calls for the city. The statement added that officials at the Sheriff’s Office “equally condemn” the allegations of misconduct.

The city, which is about 30 miles southeast of Birmingham, has a little under 2,000 residents, 392 of them Black, according to census figures.

“This has torn this community apart,” a member of the City Council, Corey Abrams, said at the meeting, according to AL.com, which reported this week on the text message. Mr. Latimer said the assistant chief, John L. Goss, had sent the message, an offensive remark about slavery.

The Rev. Kenneth Dukes, the president of the Shelby County branch of the N.A.A.C.P., said that the text was the “tip of the iceberg” and reflected unaddressed community concerns about racism in the community.

“I think now the Council, along with the mayor, see that this is totally unacceptable and that the people have said, ‘No more,’” he said.

Mr. Latimer said that the police chief, James Srygley, and Chief Goss had been suspended with pay at the council meeting on Thursday. An officer, Lee Carden, resigned. The council approved a resolution to pursue the termination of the chief and assistant chief, the mayor said.

Chiefs Srygley and Goss and Officer Carden could not be reached for comment on Saturday.

The council also agreed to draft an ordinance to dissolve the police department and to work with the Shelby County Sheriff’s Office to contract for law enforcement coverage.

The Rev. Dukes said his organization planned to meet with community members in the coming weeks to hear their feedback before the next City Council meeting on Aug. 16. He said he appreciated the city’s quick response to the text message allegation and was waiting to see if the chief and assistant chief would be terminated in keeping with the Council’s recommendation.

“I think at this moment we are pleased with the outcome and hopefully everybody will move forward, once it’s confirmed,” he said.

McKenna Oxenden contributed to this article.

Traveling This Fall? Here’s What to Expect

In a Japanese Nursing Home, Some Workers Are Babies