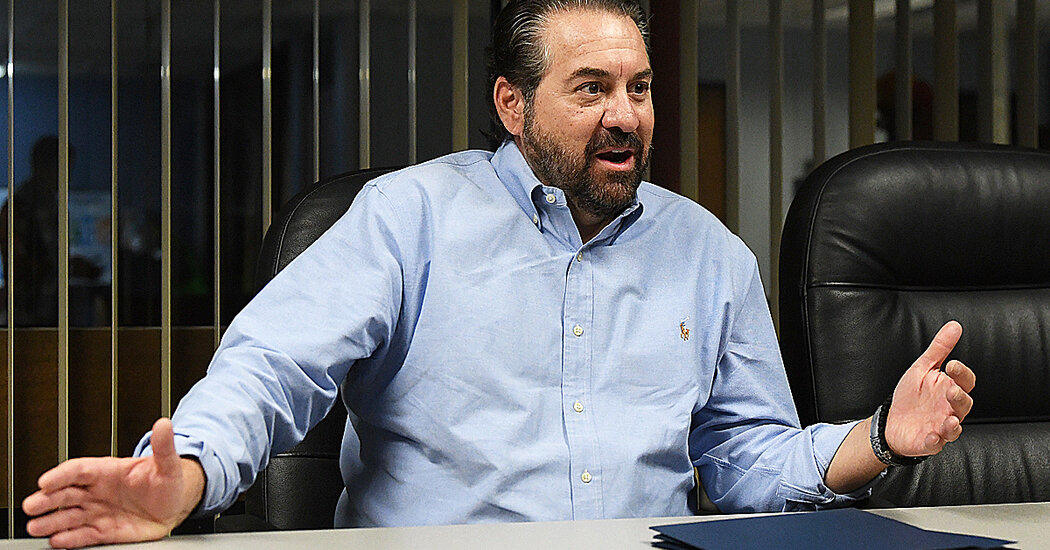 Accusations that hundreds of ballots were cast in Arizona in 2020 in the name of dead voters are unfounded, the state’s Republican attorney general said on Monday in a sharply worded letter to the president of the Arizona Senate, who has advanced false claims of voter fraud.

The attorney general, Mark Brnovich, wrote in his letter to Senator Karen Fann that his office’s Election Integrity Unit had spent “hundreds of hours” investigating 282 allegations submitted by Ms. Fann, as well as more than 6,000 allegations from four other reports. Some of them “were so absurd,” he wrote, that “the names and birth dates didn’t even match the deceased, and others included dates of death after the election.”

The claims in Ms. Fann’s complaint stemmed from a heavily criticized audit of the 2020 election that the company Cyber Ninjas conducted last year in Arizona’s largest county, Maricopa. That audit found no evidence for former President Donald J. Trump’s claims that the election had been stolen from him; in fact, it counted slightly fewer votes for Mr. Trump and more for Joseph R. Biden Jr. than in the official tally. A subsequent report from election experts accused Cyber Ninjas of making up its numbers altogether.

“Our agents investigated all individuals that Cyber Ninjas reported as dead, and many were very surprised to learn they were allegedly deceased,” Mr. Brnovich wrote in his letter. His office concluded, he wrote, that “only one of the 282 individuals on the list was deceased at the time of the election.”

In a statement on Monday evening, Ms. Fann thanked Mr. Brnovich for his “tireless work” in “answering some tough questions from voters and lawmakers who had grave concerns over how the 2020 general election was conducted in Arizona.”

“They asked us to do the hard work of fact finding, and we are delivering the facts,” she said, calling the investigation “critical to restoring the diminished confidence our constituents expressed following the last election” and praising “the increased voter integrity measures put in place after the audit revealed weaknesses in our election processes,” though the audit did not reveal weaknesses in Arizona’s election processes.

Spencer Scharff, an election lawyer in Arizona and a former voter protection director for the Arizona Democratic Party, said that while there was value to a public statement from a Republican official that the allegations were unfounded, it would not undo the damage done by the original lies, and by the willingness of so many elected Republicans to entertain and promote them.

“The thing that I think is most unfortunate is that it comes long after these allegations were made, and they weren’t clearly refuted by individuals who had the ability to refute them immediately,” Mr. Scharff said, noting that, by contrast, officials in Maricopa County debunked many of Cyber Ninjas’ claims months ago.

Mr. Brnovich sent the letter one day before Arizonans go to the polls for another election — one in which he himself is running. He is a candidate in the Republican Senate primary, the winner of which will challenge Senator Mark Kelly, a Democrat, in November. The front-runner in public polling is Blake Masters, a venture capitalist who has Mr. Trump’s endorsement and has promoted the former president’s false claims of election fraud.

Mr. Brnovich has sought to walk a fine line on Mr. Trump’s lies — refusing to call for overturning the 2020 election results, but rarely explicitly rejecting the claims. He publicly defended Arizona’s vote count shortly after the election, and Mr. Trump blasted him in June and endorsed Mr. Masters instead. But he has also suggested that 2020 revealed “serious vulnerabilities” in the electoral system, and said cryptically on the former Trump aide Stephen K. Bannon’s podcast in April, “I think we all know what happened in 2020.”

Away from family, Amitabh Bachchan sat in silence on Holi, says he misses old...

Mumbai Police to now fine at least 1,000 maskless people a day as Commissioner...

What is Visa, Why Do we Need it? All questions answered