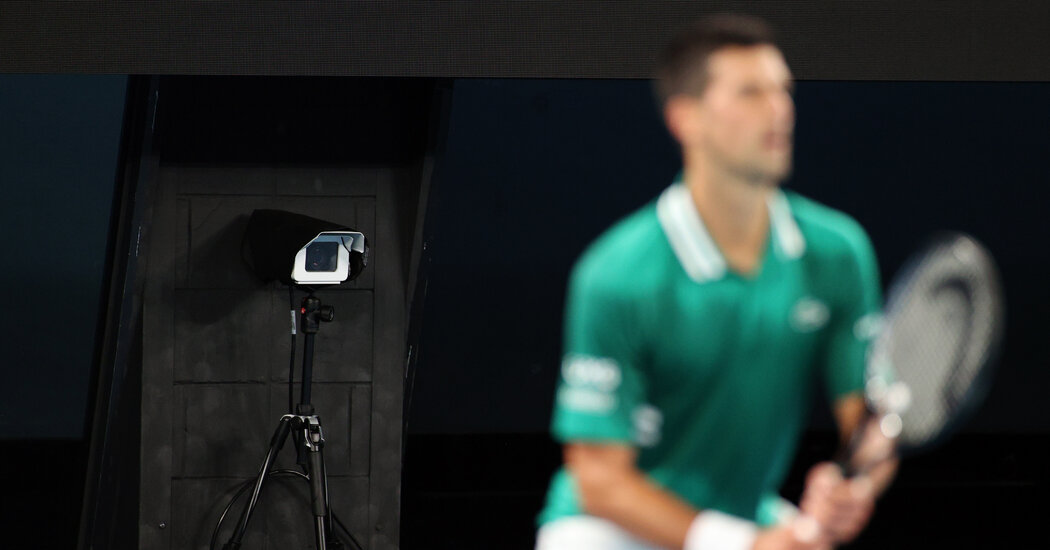 A new era of data analysis has given players deeper insights into their opponents’ games and a strategic advantage.

For the data analysts working with the top tier of American tennis players, the busiest time of year begins with United States Open qualifying. They will spend 15-hour days creating and curating a trove of quantitative data and video clips.

They will churn out match statistics and about 200 scouting reports for nearly 70 players over the three-week competition. The ultimate goal: provide players and coaches with more granular insights into each point and, in the process, give them a strategic advantage.

“Players will always get their match tagged, broken up into how a point starts and how a point ends, and back to them within 24 hours,” said Geoffrey Russell, who works for the United States Tennis Association as senior manager for Team U.S.A.’s professional players. “We’ll also do bespoke projects for coaches who ask us to break down certain things even further.”

During this year’s Open, Russell will collaborate with a team of eight data analysts. Their efforts speak to growing interest and investment in tennis analytics, and represent one of many ways the sport is employing the in-depth data analysis long used by professional teams in baseball and basketball.

In tennis, it’s been more a data evolution than revolution, a gradual search for new, objective performance measures. That’s largely resulted in a combination of statistics and video highlights that build a more sophisticated picture of how individual players compete and, as a result, guide some match strategy and development.

Tennis lags behind other sports in analytics, but it has gained significant momentum over the last several years. Better technology means more opportunities to capture and analyze more data points efficiently.

National governing bodies like the United States Tennis Association collect shot-level data. New metrics in the tennis lexicon include steals (when players fall behind in a point yet manage to win it) and balance of power (how much time players spend on attack versus how much time opponents spend there). And there’s more attention paid to how points develop.

The strategy coach Craig O’Shannessy said that from 1991 to 2012 tennis analytics “was very primitive.” Then, in 2015, rally length appeared in tournament data. Analysis of that data revealed much shorter rally lengths than expected, driving curiosity and greater respect for analytics.

“There has been a gradual acceptance of new data points in our sport that matter most to winning and losing matches,” he said. “So, we’re definitely going down a road where we’re improving.”

Still, even with new metrics and keen interest in analytics from top players like Novak Djokovic and Andy Murray, tennis has not fully embraced analytics, especially since the data requires time-consuming analysis and sometimes calls into question conventional thinking about how to compete and train.

“The challenge at the moment is that coaches are looking at the numbers, but not always looking at them in the right way,” said Warren Pretorius, founder of Tennis Analytics, which provides players and coaches with match analytics. “They’re taking bits and pieces of match stats to support their theories.”

So which new data points provide the most meaningful insights? It depends on the player. That speaks to another big tennis analytics challenge: What translates to more wins varies widely based on a player’s strengths, weaknesses and tendencies under pressure.

“What we try to do is help athletes gain clarity about what their identity is,” said David Ramos, the U.S.T.A.’s director of coaching education and performance analytics. “How do they want to be playing in the most important points? How do they define a good performance if they don’t win a match? It’s definitely about the game style and personalizing the K.P.I. [key performance indicators] for a particular player.”

To provide new insights and help process all the information, there are data-oriented companies eager to service players, coaches, broadcasters and fans. The U.S.T.A. works with companies like TennisViz, SwingVision, Hawk-Eye, Dartfish, Kinexon and IBM to generate meaningful data.

The player Mackenzie McDonald of the United States calls himself a “big numbers guy” and finds the scouting reports provided by the U.S.T.A. helpful. At a recent U.S. Open tuneup tournament, he used data about his opponent’s preferred placement for first and second serves to his advantage. He also looks at the hot and cold plays metric (patterns that increase or decrease players’ chances of winning points).

“You have to build a story for your opponent,” said McDonald, 27, who is ranked No. 77 in the world and will be playing in the Open. “It’s not x’s and o’s. It’s more like this is what can happen. This is what this guy likes. And these are the tools you can use.”

Some top players add strategy coaches to their team for data analysis. O’Shannessy worked with Djokovic’s team from 2017-19, helping the former No. 1 player in the world understand his game better through analytics.

O’Shannessy said that sometimes Djokovic asked simple questions, like whether he should hit a backhand or move around for a forehand when the ball landed in a specific spot. O’Shannessy then presented data for winners and forcing errors that came from the right side of the court versus the left side.

“He was so good at absorbing all of this information and not rejecting it,” said O’Shannessy, who is also director of Brain Game Tennis, a strategy and analytics website. “His openness and willingness to just ask questions, anything to find an advantage, was key. His talking about it in the tennis world gave it a lot of legitimacy.”

When the U.S. Open starts, McDonald will review the scouting reports provided by the U.S.T.A.

Mat Cloer, who coached McDonald and is associate head coach for the University of Florida men’s tennis team, added: “It comes back to understanding the player you’re working with and how they absorb information. What information do you need to provide? That’s where the art of coaching comes into play.

“If used properly, analytics can be game changing and eye opening.”

‘Anti-Sex’ Beds in the Olympic Village? A Social Network Theory is Soon Debunked

Chinese firm gets contract for construction of Delhi-Meerut RRTS project