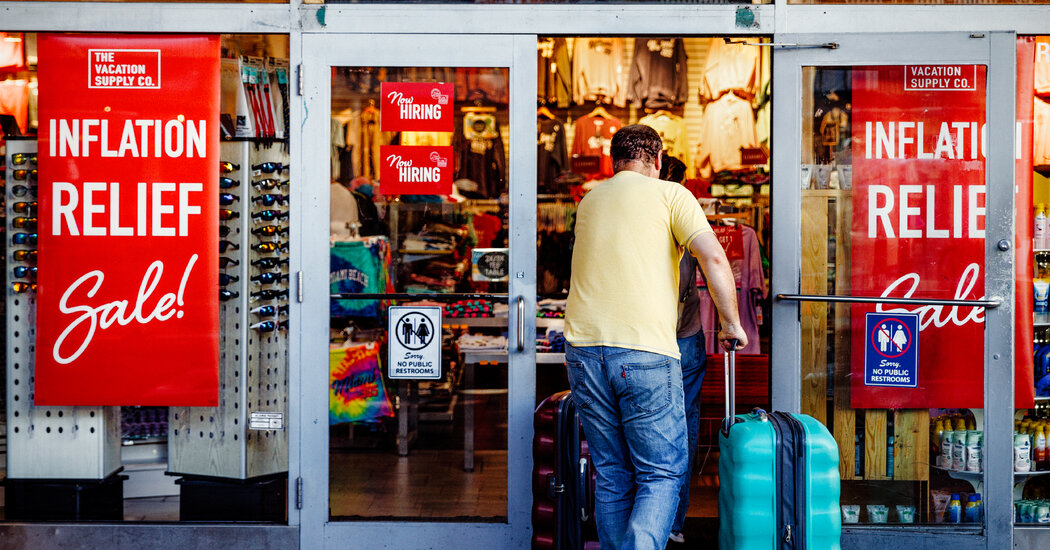 Federal Reserve officials received expected but discouraging news about the economy on Friday, as their preferred measure of inflation continued to climb at a rapid pace and a measure of wages and benefits that officials track closely continued to pick up quickly.

Policymakers have been raising interest rates rapidly this year to try to cool down consumer demand and the broader economy, hoping to slow price increases as inflation lingers near the fastest pace in four decades.

So far, they are seeing limited progress. The Personal Consumption Expenditures price index climbed by 6.2 percent in the year through September, in line with the increase the month before. After stripping out food and fuel, which can be volatile from month to month, prices increased by 5.1 percent over the past year, a brisker increase than the 4.9 percent in the year through August.

Both of those inflation measures are rising faster than the 2 percent rate that the Fed targets on average and over time.

As central bankers try to predict when inflation will slow, they are watching for any sign that the labor market is loosening up and that rapid wage growth is moderating. It would be difficult for inflation to decelerate with pay climbing at the pace it has recently. Companies facing heftier labor bills generally try to pass at least some of those cost increases onto consumers.

The Employment Cost Index, a quarterly inflation measure that tracks changes in wages and benefits, climbed by 1.2 percent from July to September, versus the previous three-month period. That matched the 1.2 percent increase that economists in a Bloomberg survey had expected. The index had risen by 1.3 percent in the previous report.

That index increase translates to 5.0 percent on a yearly basis, down just slightly from 5.1 percent in the previous report and still an unusually quick rate of increase. In the decade leading up to the pandemic, that figure averaged 2.2 percent on an annual basis, underlining how rapid today’s gains are.

The Fed meets next week and it is almost uniformly expected to announce an increase in interest rates of three-quarters of a percentage point on Wednesday. Officials have previously indicated in economic forecasts that they expected to slow to a half-point rate increase in December, and investors will closely watch Fed Chair Jerome H. Powell’s post-meeting news conference for any sign that such a step down is imminent.

Officials have been clear that they will at some point stop raising rates, but that they then plan to leave them at a high level for some time. The idea is that this would continue to weigh on economic growth, slowing the economy and reining in inflation while hopefully avoiding a severe recession.

Friday’s inflation data will probably do little to change the central bank’s views. Officials already knew that inflation continued to run fast last month, because the related but more timely Consumer Price Index showed a rapid pickup in September when it was released in mid-October.

But the fresh third-quarter wage data could influence policymakers’ thinking, at least at the margin. Fed officials closely monitor the Employment Cost Index because it avoids some of the data pitfalls that afflict other wage measures, including monthly average hourly earnings numbers. Those figures tend to move around as the composition of the work force shifts: For instance, if a lot of low-wage workers leave jobs, the hourly earnings measure can spike suddenly.

QVC's Christmas in July Is Here! Shop These 12 Under $50 Finds Before They...