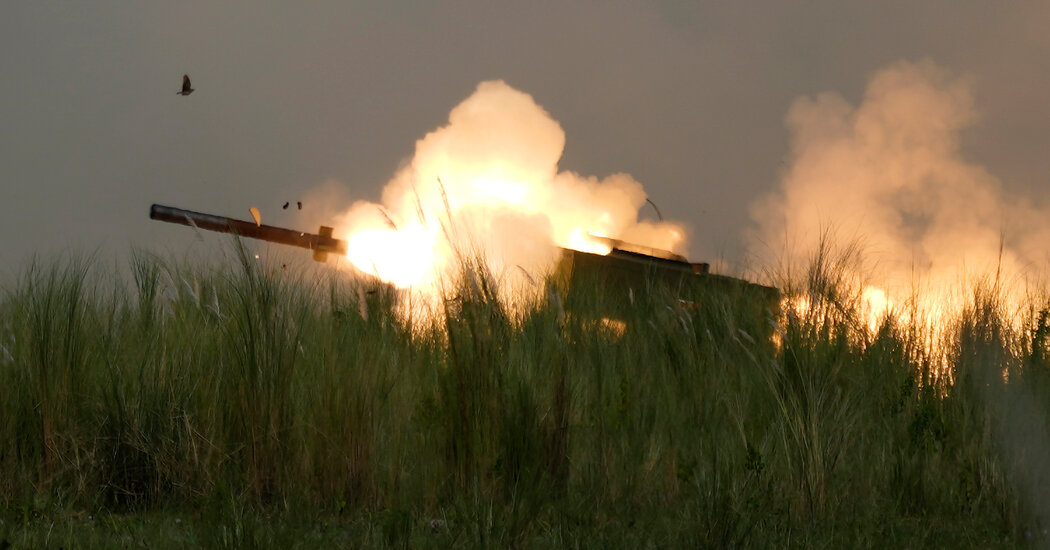 President Biden responded on Friday to Russia’s latest bombardment of civilian population centers in Ukraine by authorizing another $725 million in weapons and military equipment for Kyiv, bringing the total of U.S. security assistance to the government of President Volodymyr Zelensky to $17.6 billion since the war began.

The Pentagon said in a statement that the package would include munitions and military vehicles. The State Department said it would also include military education and training.

It will not, a Pentagon official said, include much in the way of new capabilities to defend against Russian strikes from the air, though that may come soon. Western officials have been under pressure to speed up the delivery of air defense systems to Ukraine since a barrage of Russian missiles battered cities across the country this week.

Instead, the aid will be directed primarily to restocking ammunition for weapons systems that Ukrainian troops have been using successfully in their counteroffensive, such as the High Mobility Artillery Rocket Systems, known as HIMARS.

The new package comes after a week of high-level meetings at NATO, where American and European officials pledged more weapons and defensive systems to Ukraine.

At those meetings, Ukraine said Germany had delivered an air-defense missile system so new that it had never been used in battle and even Germany’s military, itself, had not fielded it yet. And France and the Netherlands said they would supply still others.