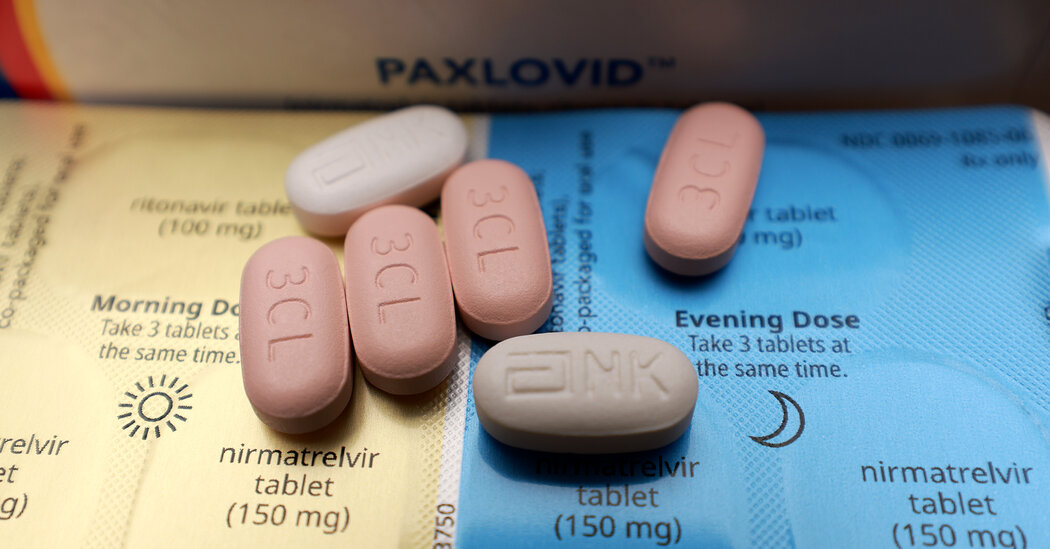 The antiviral pill that President Biden began taking after testing positive for the coronavirus has been shown to protect people at high risk of advancing to more serious cases of Covid-19.

Researchers, though, are still working to answer key questions about the drug, including how effective it is in vaccinated people and whether cases of “rebounding” in people who receive it are common.

A Centers for Disease Control and Prevention study published last month, incorporating data from a large health care system in California, found that of more than 5,000 people prescribed Paxlovid for mild to moderate cases of Covid — many of them vaccinated — fewer than 1 percent required hospital or emergency room care. Only six hospitalizations and 39 emergency department visits related to Covid occurred within five to 15 days after use of the drug, the study found.

There were significant limitations to the study, researchers cautioned, including a lack of a control group that did not receive the treatment, making it more difficult to determine its true benefit or to compare it with the benefit of receiving a coronavirus vaccine.

The drug, authorized in December for infected, high-risk people 12 and older, was shown in clinical trials to reduce the risk of hospitalization or death by 88 percent when given to adults within five days of the start of their symptoms. That data was collected in unvaccinated people when the Delta variant of the virus was in heavy circulation.

The treatment is meant to be taken as 30 pills over five days. Before starting it, patients are advised to consult a health care provider about possible drug interactions. Dr. Ashish K. Jha, the White House coronavirus coordinator, said at a White House press briefing Thursday that Mr. Biden had been told to pause two drugs he takes, a cholesterol medication and a blood thinner, so as not to risk serious side effects from Paxlovid.

Scientists have also been working to understand whether Paxlovid may lead to a recurrence of symptoms or positive tests, a trend known as rebounding. Dr. Jha said Thursday that data from large health systems showed such a result to be rare, with the percentage of Paxlovid recipients who experienced a rebound “in the single digits.”

Among the victims of rebounding was Dr. Anthony S. Fauci, Mr. Biden’s chief medical adviser, who suffered from a second bout of symptoms and another positive test last month after several days of testing negative following a round of the treatment.

The C.D.C. issued an emergency health advisory in May that said people experiencing a rebound “should restart isolation and isolate again” for at least five days, reflecting the agency’s general isolation recommendations for people infected with the virus.

It also said that based on some reports, rebounding did not represent reinfection with the coronavirus or the development of resistance to Paxlovid.

West Bengal assembly elections 2021 to be held in 8 phases. Full schedule inside