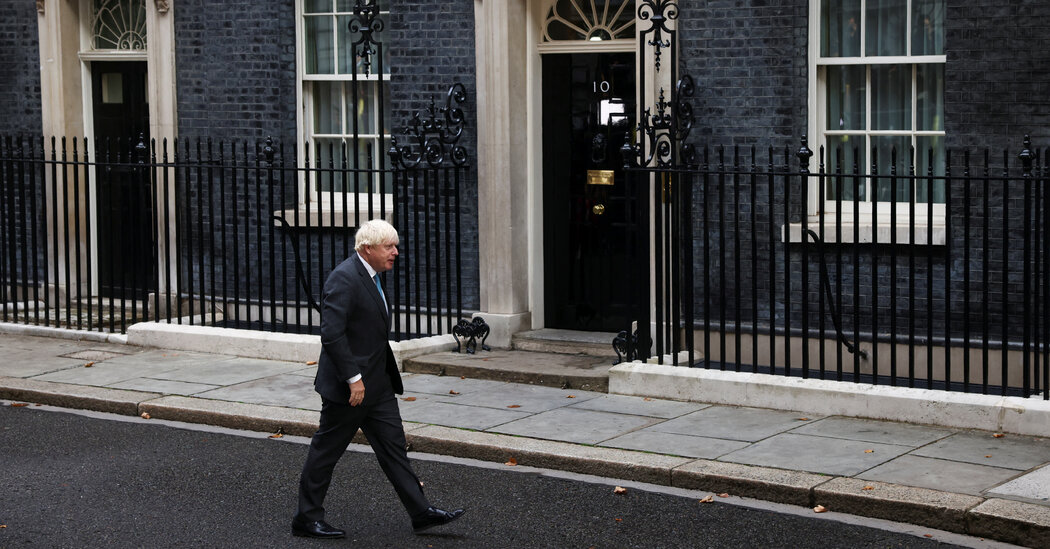 Boris Johnson withdrew from the running to return to 10 Downing Street, saying in a statement on Sunday, “You can’t govern effectively unless you have a united party.”

The full statement, as published by the Reuters news agency:

“In the last few days I have been overwhelmed by the number of people who suggested that I should once again contest the Conservative Party leadership, both among the public and among friends and colleagues in Parliament.

“I have been attracted because I led our party into a massive election victory less than three years ago — and I believe I am therefore uniquely placed to avert a general election now.

“A general election would be a further disastrous distraction just when the Government must focus on the economic pressures faced by families across the country.

“I believe I am well placed to deliver a Conservative victory in 2024 – and tonight I can confirm that I have cleared the very high hurdle of 102 nominations, including a proposer and a seconder, and I could put my nomination in tomorrow.

“There is a very good chance that I would be successful in the election with Conservative Party members – and that I could indeed be back in Downing Street on Friday.

“But in the course of the last days I have sadly come to the conclusion that this would simply not be the right thing to do. You can’t govern effectively unless you have a united party in parliament.

“And though I have reached out to both Rishi and Penny – because I hoped that we could come together in the national interest – we have sadly not been able to work out a way of doing this.

“Therefore I am afraid the best thing is that I do not allow my nomination to go forward and commit my support to whoever succeeds.

“I believe I have much to offer but I am afraid that this is simply not the right time.”