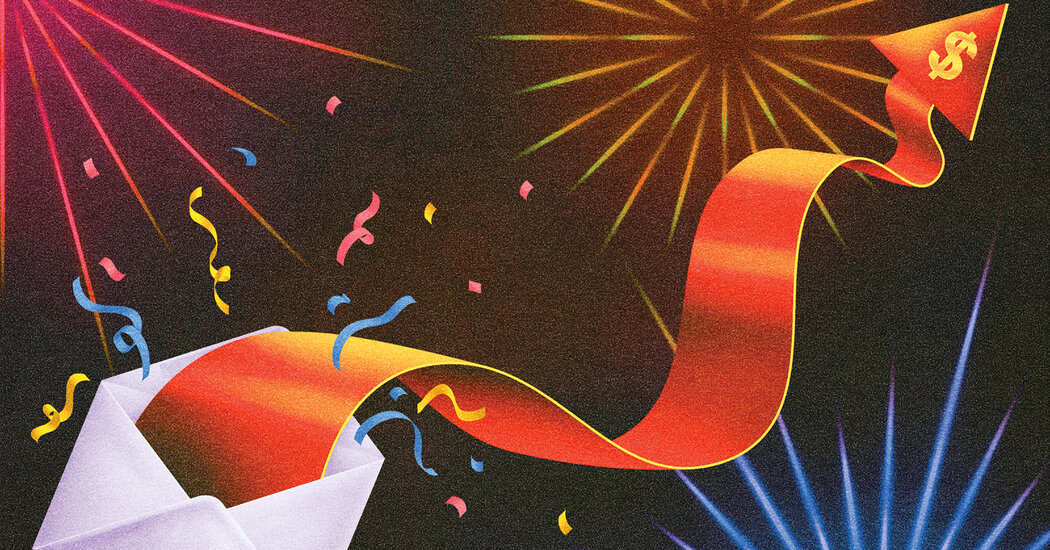 As brands grapple with inflation, a new playbook has emerged: Be upfront about price increases, and hope that transparency will keep customers loyal.

When inflation began to snowball last year, it was sneaky at first. It crept into grocery bills, the cost of diapers, a surprisingly expensive order of Thai takeout. Just before Thanksgiving, I abandoned a small carton of mushrooms at the checkout counter when I discovered it was $12.

By January, inflation had arrived at my inbox. And there it was, loud and clear. “Our prices are changing; our quality doesn’t,” announced an email from Hem, a Stockholm-based brand that makes sleek, sturdy-looking furniture I already couldn’t afford. That same week, the baby-formula company Bobbie informed me that its prices were increasing by $2 per can — but I could be “grandmothered” into the original rate by signing up for a subscription (a hyperlink was included).

As the trickle of price-increase emails became a flood, patterns emerged. They all struck a similar tone — empathetic, exculpatory — and contained words like “transparency,” “community” and “values.” Many cited the rising costs of their “high-quality” ingredients or materials, and mentioned a “commitment” to paying fair wages to employees and suppliers.

Notably, all the messages I received gave at least a few days’ notice before the changes went into effect, so customers had one last chance to shop at the original prices — almost like a sale, except it wasn’t. Some included special offers like discounted subscriptions. A friend even got an email from her dermatologist’s office saying that the price of Botox would be going up; would she like to make an appointment before it did?

“Businesses, like consumers, have little to no experience in dealing with this type of inflation today — there’s no playbook,” said Mark A. Cohen, the director of retail studies at the Columbia Business School. “The last time consumer prices skyrocketed in the United States was in the late 1970s.”

Historically, it was standard for retailers to conceal price increases to make them easier for customers to swallow, Mr. Cohen added. One method, now known as “shrinkflation,” involves reducing the quantity of goods and keeping the price consistent (the old trick of putting seven ounces of chips in the same bag that used to hold nine ounces). Another is to replace existing products with “new and improved” — and more expensive — versions, or ones made with cheaper materials or ingredients.

Plenty of companies still use these tactics to increase profit margins, but they’re harder to pull off these days. “There’s been an unprecedented increase in communication between brands and consumers, where there was very little of it years ago,” Mr. Cohen said. Retailers cultivate their followings with personalized emails, targeted social media ads and text messages; in return for such an intimate relationship, customers expect a higher level of transparency about business practices.

Price increases are a new challenge for this communication model, and brands are treading carefully. “We probably drafted seven to 10 different versions of the price-change email,” said Laura Modi, Bobbie’s founder and chief executive. “Some felt like essays, others felt too pithy.” She said she had workshopped a shared Google document with her team, most of whom are parents of babies themselves.

“They are representative of the person who’s opening this email, who is already in sticker shock from the cost of raising a child,” Ms. Modi continued. “Everyone was jumping in, adding comments. ‘Does this feel too playful? Does this feel too serious?’” The whole process took several weeks.

“I was very nervous to hit send,” admitted Mélanie Masarin, the founder and chief executive of Ghia, which makes nonalcoholic aperitifs that now cost $38 a bottle (up from $33 as of June). Her message to customers, which she said she “rewrote about 20 times,” featured the subject line “This is a price increase email :/” and went out on a Tuesday at 8:45 a.m. Ms. Masarin spent the rest of the week hovering over her computer, watching sales numbers and monitoring the company’s inbox for responses from disgruntled customers.

Her biggest fear? Coming across as opportunistic. “The concern is that customers don’t believe that you have to raise prices, and that you’re just trying to make a bigger profit,” she said. “I didn’t want people to think it was corporate greed. We waited to increase prices until we absolutely couldn’t anymore.” By that time, Ms. Masarin said, Ghia was losing money on almost every order, squeezed on all sides by higher costs of shipping, labor, product ingredients, glass bottles and even cardboard packaging.

Ms. Masarin’s anxiety was understandable. “If a brand is very cavalier about a price increase, then customers feel like they’re being taken for a ride,” said Z. John Zhang, a marketing professor at the Wharton School at the University of Pennsylvania. He recommends that companies explain why their actions benefit customers. “If a brand says, ‘My costs have increased, and for me to stay in this business to serve you what you want, I have to increase my price,’ then the customers are going to be more receptive,” he added.

Ghia’s customers certainly seemed to understand. “I was very pleasantly surprised, because we haven’t seen a drop in sales,” Ms. Masarin said. The company experienced a temporary increase in orders right after she sent the email (during the window of time before prices went up), and since then, its subscription pool has expanded by 30 percent. “We also got a lot of responses to the email from customers applauding our transparency,” she said. “If we’d known that the reception would be so positive, we maybe would have done it a bit sooner.”

Understand Inflation and How It Affects You

Timing price changes is also a balancing act. Do it too early, and you risk misjudging the economic landscape and having to raise them again; wait too long, and your company runs out of money.

“When we first saw upticks in pricing of materials, labor and shipping in 2020, we absorbed them and hoped that they were temporary,” said Karla Gallardo, the co-founder and chief executive of Cuyana, a retailer that makes women’s clothing and accessories. “By 2021, it became clear that a lot of these changes were becoming long-term.”

Cuyana sent out its price-change email in February, and sales have remained steady since then, Ms. Gallardo said. But that was months before inflation hit its latest peak in June, when prices surged 9.1 percent. Will the company need to repeat this process? “Hyperinflation is one of those things that you can never plan for,” she said. “So if that continues to happen and more costs go up, then we will have to think about it again.”

On a positive note, maybe next time around it won’t be so hard. “I think consumers are quite sympathetic now,” said Petrus Palmér, the founder of Hem. “For us, the net effect of raising prices was slightly positive. Whatever we lost in terms of amount of orders, we made up by the total volume in sales.”

Many customers are also shrugging it off. “I don’t love that prices are going up, but I have come to expect it, and for now I’m just taking it on the chin,” said Maricela Peña, who works in human resources in Minneapolis. “It doesn’t make a big difference to me how brands communicate about raising prices. If I really like a particular product, I will probably stick with it.” Still, if inflation doesn’t slow down soon, she may need to re-evaluate her spending, she added. “I haven’t hit that point yet.”

Bridget Herschap, a pathologist in San Antonio, agreed. “I have received price-increase emails, but I mostly ignore them and forget until I’m shopping and see that the total is more than I anticipated,” she said. Still, that doesn’t stop her. She recently bought a pair of shoes by Sarah Flint even though she knew that the brand’s prices had gone up a few months earlier. “I’m trying to be more mindful of what I’m buying in general, rather than cutting out specific brands that have gotten more expensive,” she said.

According to Professor Zhang, transparency about price increases may not be as risky as some companies fear, and if anything, may provide another opportunity to appeal to customer loyalty. “By showing customers that you’re going to be honest, you’re building your relationship with them,” he explained. “You’re saying, ‘We’re all going through this together.’”

Amitabh Bachchan wishes fans ‘Merry Christmas’ on January 7, but WHY?