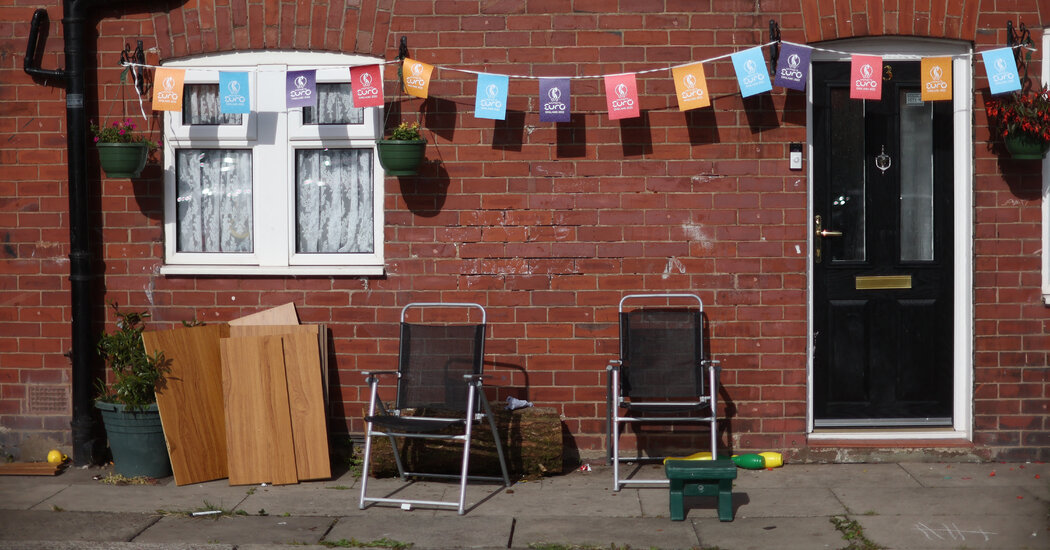 For generations, homes in Britain were designed to retain heat, to make cold winters bearable.

Keeping them cool in the typically mild summers was an afterthought, if it was a thought at all.

But in recent years, each new heat wave brings a fresh reminder that buying a fan or two simply won’t always cut it. There has been increasing interest among builders and designers, with some prodding from activists and the government, to ensure that new homes are built to limit overheating in the summer.

New regulations, called Part O, took effect in England in June, requiring that new homes are built with some measures to combat overheating. The regulations aim to reduce solar gain — the increase in room temperature caused by sunlight — ensuring the safety of occupants, even if it may remain uncomfortable.

The rules “will help designers, architects and engineers make more informed decisions so that the risk of overheating can be reduced in new properties,” said Mark Siddall, a principal at Low Energy Architectural Practice. Often, he said, rooms gain a lot of heat through large windows oriented in certain directions — the kind of design decision future homes may more fully consider.

Historically, designers in Britain haven’t worried too much about overheating, said Susie Diamond, a founder at Inkling LLP.

“We haven’t needed to be protected from heat waves, so it hasn’t been a priority,” she said.

But with climate change making heat waves more common, and summers growing hotter, that’s no longer the case. Ms. Diamond said good design that accounts for overheating — including windows that open more widely and adding ceiling fans — can fix many of the issues without using air conditioning, which is rare in Britain and often seen as environmentally unfriendly and unnecessary for all but a few days per year.

In the past decade, the Climate Change Committee, an independent group that advises the British government, has called for stronger building regulations to combat overheating, along with a retrofitting program to address older homes. A June 2021 report called for better shading, reflective surfaces and green cover, warning that a failure to build new homes without accounting for overheating could “leave many existing and new homes uninhabitable as temperatures rise.”

Farmer leaders agree to attend ninth round of talks with Centre on agri laws...