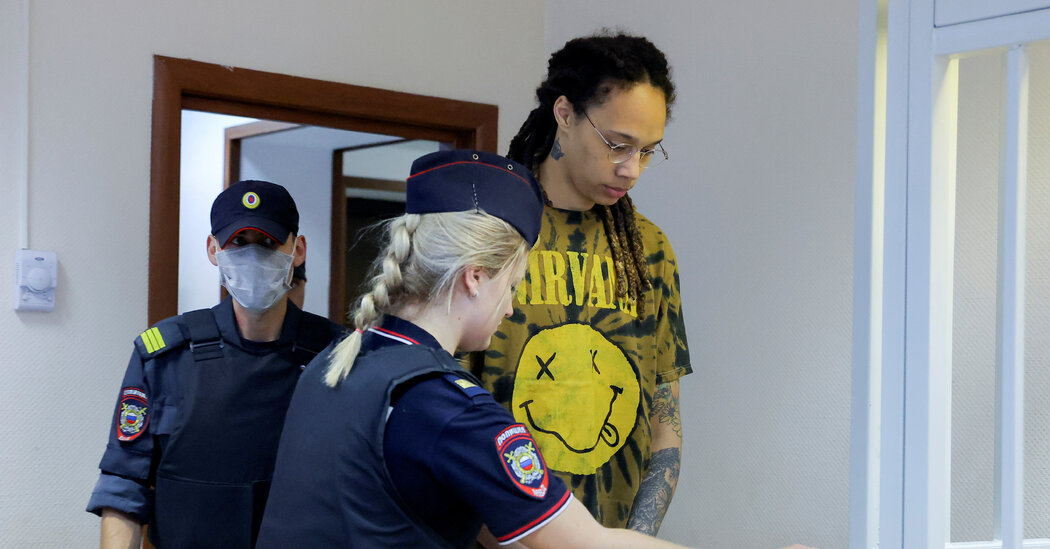 Brittney Griner’s lawyers argued on Friday that the American basketball star had a medical prescription for the drug that she mistakenly carried into Russia, where she has been detained for nearly five months amid Moscow’s escalating tensions with Washington over the war in Ukraine.

As Ms. Griner’s trial on drug charges resumed at a courtroom outside Moscow, her defense team provided medical documents showing that she had a prescription for medical cannabis for chronic pain, according to Reuters.

The Russian authorities accused Ms. Griner in February of having two vape cartridges with hashish oil — a cannabis derivative — in her luggage at an airport near Moscow. The 31-year-old Phoenix Mercury star and two-time Olympic gold medalist had traveled there to play with UMMC Yekaterinburg, a Russian team, during the W.N.B.A. off-season.

She was charged with willfully smuggling the vape cartridges, violating Russian laws prohibiting the import of narcotics.

Ms. Griner pleaded guilty last week, telling the judge she had “no intent” to break the law. In the Russian justice system, the trial process continues even after defendants plead guilty.

Her lawyers have argued that she had packed in a hurry. At the hearing on Friday, they provided evidence including “a doctor’s appointment for the substance that, due to an oversight of B.G., remained among her belongings when crossing the border,” according to a statement from Maria Blagovolina, a partner in the law firm Rybalkin, Gortsunyan, Dyakin and Partners.

Ms. Griner has found herself caught in the growing acrimony between the Kremlin and the Biden administration, which has pledged to do everything it can to secure her freedom. Facing a possible 10-year sentence if convicted, in a justice system that heavily favors the prosecution, Ms. Griner has expressed fear that she may never be freed, and wrote in a recent letter to President Biden: “Please don’t forget about me.”

Her case has galvanized support in the American sports world and beyond. As she sat behind bars in the courtroom on Friday, Ms. Griner, clad in a Nirvana T-shirt, held up a photo of W.N.B.A. players wearing her number during last week’s All-Star Game in Chicago.

Her lawyers also submitted evidence including commendations from Russian and U.S. organizations. A day earlier, the director of UMMC Yekaterinburg, the team doctor and a fellow player testified in her defense, praising her athletic ability and character.

Despite growing pressure for the United States to make a deal to free Ms. Griner, possibly through a prisoner exchange, Russian officials have played down the possibility of an imminent resolution, and insisted that no negotiations could occur until the legal proceedings are finished.

IPL 2021 | 'Mahi bhai told me Harshal Patel will bowl outside down: Ravindra...

Gal Gadot: Challenging times make us realise how fragile we are

WPI inflation rises to 4.17 per cent in February on costlier food, fuel