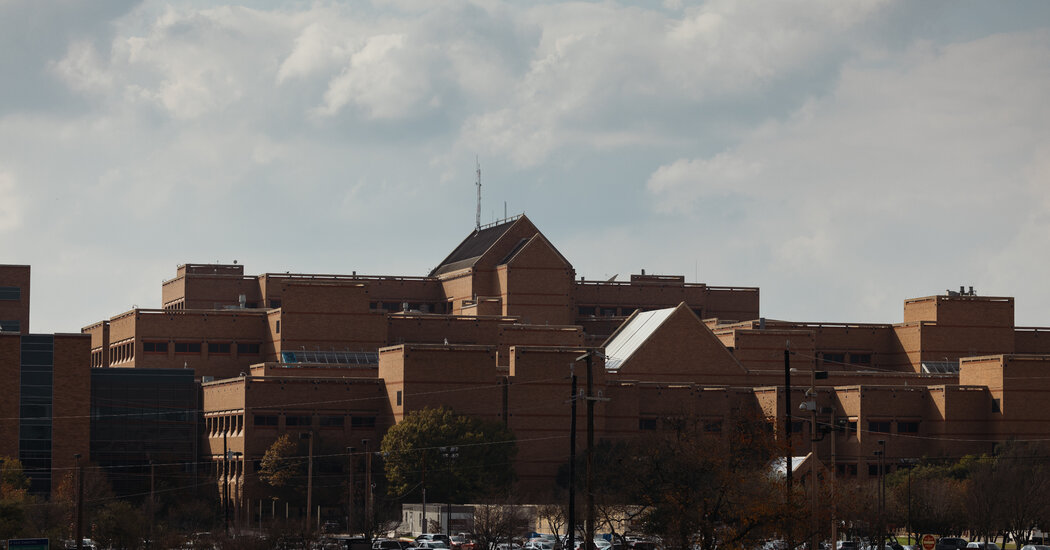 Brittney Griner’s first stop when she arrives back in the United States will be not her home in Phoenix, but the Brooke Army Medical Center in San Antonio, Texas.

An official briefed on the plans said a plane transporting Ms. Griner from the United Arab Emirates was taking her to the U.S. Army’s Joint Base San Antonio-Fort Sam Houston in San Antonio; it was scheduled to land Thursday night.

The official spoke on condition of anonymity because he was not authorized to discuss the plans.

The Brooke Army Medical Center, located on the base, has long been a place the U.S. government has sent people who need to be debriefed or who require sensitive medical care after going through an ordeal like Ms. Griner’s. The hospital treats both civilians and military personnel who have survived torture or other trauma.

In February, Ms. Griner, a popular W.N.B.A. basketball player, was arrested at an airport in Moscow after customs officers said they found vape cartridges that contained hashish oil in her luggage. Her arrest came shortly before Russia invaded Ukraine and her case became entangled with the war and worsening relations between Washington and Moscow.

She was convicted of drug smuggling and taken to one of Russia’s most notorious prisons, where former inmates have detailed horrible treatment, including torture, beatings and forced labor.

It remains unclear what injuries Ms. Griner may have suffered during her imprisonment in Russia. But the medical center in San Antonio, which has about 450 beds and some 8,000 staff members, has the resources to help a patient like Ms. Griner. It has consistently ranked top among its better-known peers, like the Walter Reed National Army Medical Center in Washington D.C.

On Thursday evening, a small group of reporters and photographers were gathering outside the center for her arrival.

Earlier this year, a former Marine from Texas, who like Ms. Griner was also released from a Russian prison, was also evaluated at the center in San Antonio. Trevor Reed was freed after a similar prison exchange, which was also negotiated by the Biden administration. His family had said that, at the time, he had been showing symptoms of tuberculosis and had been coughing blood.

Since 2001, the center has played an important role in providing medical care for those wounded in the wars of Afghanistan and Iraq, according to the center’s website. It also houses a rehabilitation facility known as the Center for the Intrepid, which specializes in the care of patients who have sustained severe injuries like burns or amputations.

It is where one of the few survivors of the Uvalde massacre, Arnulfo Reyes, a fourth-grade teacher, was taken after he suffered two bullet wounds to his arm and back. Mr. Reyes is now home recovering from his injuries.

The center’s trauma unit cares for more than 4,000 military and civilian patients with trauma and tends to more than 80,000 emergency visits a year, according to the center’s website. In addition, it serves as a training ground for both U.S. Army and U.S. Air Force medical students.

Once broke a schoolmate’s nose for using a racial slur, reveals former US President...