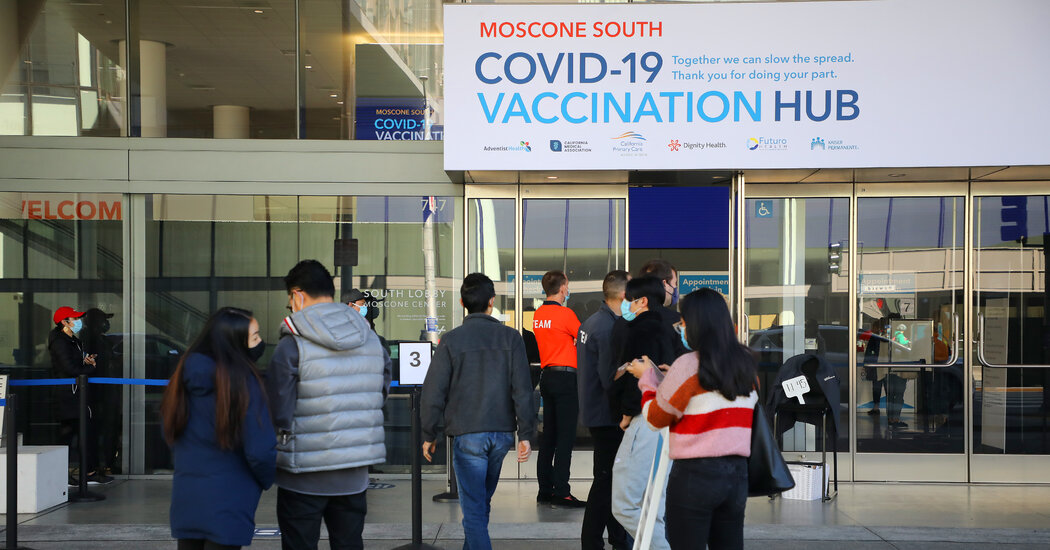 Weighing into the fierce national debate over Covid-19 prevention and treatments, the state would be the first to try a legal remedy for vaccine disinformation.

Trying to strike a balance between free speech and public health, California’s Legislature on Monday approved a bill that would allow regulators to punish doctors for spreading false information about Covid-19 vaccinations and treatments.

The legislation, if signed by Gov. Gavin Newsom, would make the state the first to try to legislate a remedy to a problem that the American Medical Association, among other medical groups and experts, says has worsened the impact of the pandemic, resulting in thousands of unnecessary hospitalizations and deaths.

The law would designate spreading false or misleading medical information to patients as “unprofessional conduct,” subject to punishment by the agency that licenses doctors, the Medical Board of California. That could include suspending or revoking a doctor’s license to practice medicine in the state.

While the legislation has raised concerns over freedom of speech, the bill’s sponsors said the extensive harm caused by false information required holding incompetent or ill-intentioned doctors accountable.

“In order for a patient to give informed consent, they have to be well informed,” said State Senator Richard Pan, a Democrat from Sacramento and a co-author of the bill. A pediatrician himself and a prominent proponent of stronger vaccination requirements, he said the law was intended to address “the most egregious cases” of deliberately misleading patients.

California’s legislation reflects the growing political and regional divisions that have dogged the pandemic from the beginning. Other states have gone in the other direction, seeking to protect doctors from punishment by regulatory boards, including for advocating treatments involving hydroxychloroquine, ivermectin and other medications that the American Medical Association says remain unproven.

If enacted, the law could face a legal challenge. Governor Newsom, who has three weeks to sign the legislation, has not yet taken a public position on it.

While other nations have criminalized the spread of vaccine misinformation — and have higher vaccination rates — the response by states and the U.S. government has largely been limited to combating misconceptions with accurate information, said Michelle M. Mello, a professor of law and health policy at Stanford University.

She noted that even laws that cited a “compelling interest,” like public health and safety, to police disinformation ran the risk of having a chilling effect, a First Amendment standard for many courts.

“Initiatives like this will be challenged in court and will be hard to sustain,” she said in an interview. “That doesn’t mean it’s not a good idea.”

California’s response follows a warning last year by the national Federation of State Medical Boards that licensing boards should do more to discipline doctors who share false claims. The American Medical Association has also warned that spreading disinformation violates the code of ethics that licensed doctors agree to follow.

The measure was among a flurry of Covid-related bills proposed by a legislative working group that drew fierce opposition from lawmakers and voters. Some of the most contentious bills have stalled or died, including one that would have required all California schoolchildren to be vaccinated.

As the legislation moved through the Legislature, its sponsors narrowed its scope to deal directly with doctors’ direct interaction with patients. It does not address comments online or on television, though those have been the cause of some of the most impactful instances of Covid misinformation and disinformation.

“Inaccurate information spread by physicians can have pernicious influences on individuals with widespread negative impact, especially through the ubiquity of smartphones and other internet-connected devises on wrists, desktops and laptops reaching across thousands of miles to other individuals in an instant,” the Federation of State Medical Boards wrote in a report in April. “Physicians’ status and titles lend credence to their claims.”

The legislation would not require the suspension or revocation of a doctor’s license, leaving such determinations to the Medical Board of California. It is intended to make the dissemination of false information about Covid-19 subject to the same rules as other kinds of “unprofessional conduct” taken up by the board.

The legislation defines disinformation as falsehoods “deliberately disseminated with malicious intent or an intent to mislead.” Treading into the at times contentious debates over alternative, often unproven Covid treatments, the bill defines misinformation as spreading information “that is contradicted by contemporary scientific consensus contrary to the standard of care.”

It says doctors have “a duty to provide their patients with accurate, science-based information.” That would include the use of approved vaccines, which have been subject to fierce debates and political activism across the country, though there is broad agreement among medical professionals about their effectiveness.

A group called Physicians for Informed Consent opposed the legislation, saying it would silence doctors. The group filed a lawsuit this month to seek an injunction preventing the Medical Board of California from disciplining doctors based on accusations of disinformation. In its lawsuit, it called the legislation’s definition of misinformation “hopelessly vague.”

In a recent letter to Surgeon General Vivek H. Murthy, James L. Madara, chief executive of the American Medical Association, said disinformation swirling around vaccines had contributed to ignorance among the public that had worsened the pandemic’s impact.

“The most unfortunate result of this has been significant vaccine hesitancy and refusal among certain communities and within certain demographics, ultimately resulting in continued higher rates of severe illness, hospitalization and death due to Covid-19 in these populations — outcomes largely preventable with vaccination,” he wrote.

Travelling to Gujarat from Maharahstra? COVID-19 negative report a must

All the Clues That Have Fans Rolling in the Deep Over Adele’s Rumored New...