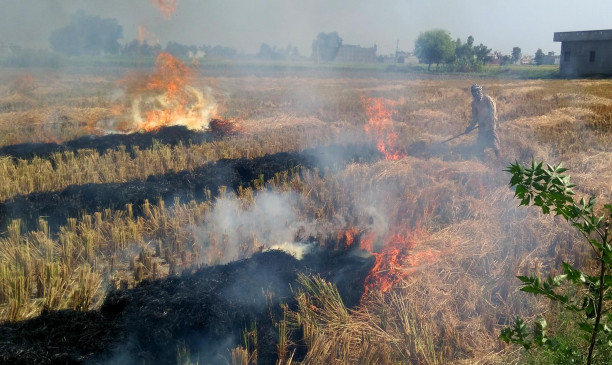 New Delhi, 26 October (IANS) Solicitor General Tushar Mehta on Monday informed the Supreme Court that the Center has taken a holistic view on the issue of air pollution in Delhi NCR, including pollution caused by burning of straw.

He assured the court that the Center would bring a law related to pollution in the next three to four days to deal with the issue.

Chief Justice S.A. A bench headed by Bobde told Mehta, who is representing the Center, he welcomed the Center's decision to set up a body to address the risk of air pollution.

Citing the danger of air pollution in the national capital, the Chief Justice said, "Everyone is choking in the city, this should be curbed."

Mehta said that the central government will bring legislation in three to four days and the government is also keen to set up a permanent body of experts to remove air pollution.

Mehta urged the Supreme Court to stay the order appointing retired judge Justice Madan B. Lokur to oversee the burning of stubble.

In fact, in the previous hearing, the court had ordered the appointment of former judge Lokur as a one-member monitoring committee to monitor the stubble burning in Punjab, Haryana and Uttar Pradesh.

The apex court reiterated that it welcomed the Centre's move, in which it would enact a law to deal with the annual air pollution problem and create a permanent body, including pollution of stubble burning in Punjab, Haryana and Uttar Pradesh.

The bench told the lawyers opposing Mehta's arguments that if the Center intends to bring a comprehensive law to tackle air pollution, then why should the court intervene.

Senior advocate Vikas Singh, representing the petitioner who filed the PIL in the case, said before the bench, "I do not understand the interest of the Government of India to suspend the order."

Mehta reiterated that the law would be brought within three to four days.

The matter is likely to be heard again on Thursday by the apex court.