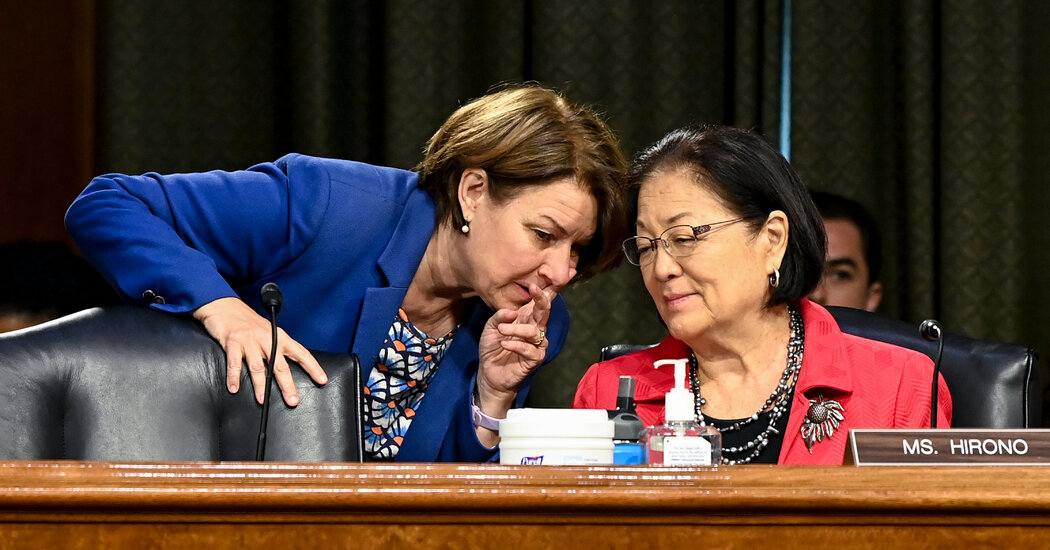 A sweeping bill that would enact the strongest restrictions on Big Tech companies in the United States has been stalled in the Senate.

WASHINGTON — Critics of the country’s largest tech companies branded the last few months “Hot Antitrust Summer” because they hoped that Congress would vote on new regulations for Amazon, Apple, Google and Facebook.

The legislation’s chances of passing before Labor Day melted away instead. The Senate is expected to take up one last major matter of business before its August recess, debating and voting on the Democrats’ large climate, tax and health care package.

The failure to secure a vote is a setback for the politicians, activists and regulators who believe that Big Tech has too much control over commerce, communications and culture. After Labor Day, Washington will turn much of its attention to the midterm elections instead of major legislation. And if Republicans regain the majority in Congress, the regulations have a far smaller chance of being taken up.

“One of the senators actually said to me, ‘Maybe you’re just ahead of your time,’” Senator Amy Klobuchar, a Minnesota Democrat and the main driver of the legislation, said in an interview. “And I said to them, ‘Yeah, but being ahead of your time doesn’t mean that your time hasn’t come.’ And at some moment your time comes.”

Supporters of Ms. Klobuchar’s bill, called the American Innovation and Choice Online Act, argue that a national update to antitrust law would allow smaller businesses to thrive by reining in big tech companies. The bill would bar the companies from prioritizing their own services over those of their rivals. So Amazon, for example, could not show its own Amazon Basics batteries before those made by Duracell, and Google might have to put its own restaurant reviews on par with sites like Yelp in search results.

The bill’s backers cheered in May when Senator Chuck Schumer, the Democratic majority leader, said privately that he would put it up for a vote early in the summer. It was approved by the Judiciary Committee with bipartisan support, and Ms. Klobuchar and Senator Chuck Grassley of Iowa, her primary Republican co-sponsor, said they had the votes for the legislation to succeed if the full Senate voted on it.

The tech companies poured tens of millions of dollars into lobbying against the bill. Groups funded by the companies put ads on the air in swing states, saying the legislation was ill-advised at a time of rampant inflation. The chief executives of Google, Apple and Amazon all personally lobbied against the bill.

The industry also argued that there could be unintended consequences for speech online, as the bill could be interpreted as also limiting how much these companies can moderate content, including hateful posts. The bill’s supporters say their concerns are unfounded, but four Democratic senators in June called for amending the bill to ensure it was not misinterpreted.

Supporters of the bill have tried to continue putting pressure on Mr. Schumer to bring it up for a vote, highlighting work his children have done for the big tech companies.

They argued that if lawmakers had to vote on the bill, it would pass. But last month at a fund-raiser, Mr. Schumer said he didn’t believe the measure had the 60 votes to overcome a filibuster. And he said he would not put it on the floor until he had a better sense that it could pass, said a person with knowledge of his comments, who would speak only anonymously because the discussion was private. Mr. Schumer’s comments were first reported by Bloomberg.

“All I can tell you is that Klobuchar was very disappointed when she was led to believe it was going to be brought up in this time frame and it’s not brought up, and we don’t have a lot of time between now and the election,” Mr. Grassley said in an interview.

Other priorities in the Senate like the climate, energy and tax package brokered between Senator Joe Manchin III, Democrat of West Virginia, and Mr. Schumer have also brushed antitrust matters aside. Before the surprise reconciliation deal on that bill, slow work on a veteran health care bill, a sweeping gun control measure and a chip manufacturing bill dominated the legislative calendar.

Some of the bill’s co-sponsors said the bill was a low priority for them as they prepared to leave Capitol Hill for the month. Senator Mazie Hirono, Democrat of Hawaii, said she was focusing on legislation that was being discussed before the August recess.

Ms. Klobuchar said that she had spoken with Mr. Schumer and discussed putting the bill up for a vote in the fall.

“I think he’s committed to working on this and getting this through,” she said. There is also a similar proposal in the House of Representatives that has bipartisan support.

A spokesman for Mr. Schumer said in a statement that the majority leader was “working with Senator Klobuchar and other supporters to gather the needed votes and plans to bring it up for a vote.”

Sarah Miller, the executive director of the liberal American Economic Liberties Project, said that should the efforts to pass a new antitrust law in Washington fizzle, it would only make the role of agencies like the Federal Trade Commission, which sued to block Meta’s acquisition of a virtual reality company last month, and state lawmakers more important in reining in Big Tech.

“Fortunately there’s not only one sheriff in town,” she said, “although I think Congress’s ability to directly promote fairness and competition in digital markets will continue to be an essential project.”

Might views report gratify associated with coronavirus within Andhra Pradesh