How more funding for the I.R.S. became a political firestorm.

Senator Ted Cruz has warned that Democrats’ new spending law will create a “shadow army of 87,000 I.R.S. agents.” Kari Lake, the Republican candidate for Arizona governor, tied the increase in agents to the F.B.I. search of Donald Trump’s Mar-a-Lago home and warned, “Not a single one of us is safe.” Across social media, conservatives have embraced falsehoods about armed agents, saying that they will target Republicans in particular.

Why are the I.R.S. provisions in the law — $80 billion in additional funding for the agency over the next decade — getting so much attention?

In part, Republicans recognize that the law’s biggest elements, money for climate and health care, are popular. So they’re seeking other ways to criticize the legislation, including through conspiracy theories about the agency, as The Times has reported.

The opposition is also part of an older ideological debate. Republican lawmakers tend to favor lower taxes, particularly for wealthy Americans. They have achieved that by cutting tax rates. But they have also done it by blocking more funding for the I.R.S. — in an effort to stop the agency from aggressively collecting taxes.

“Among Republicans, there’s been a lot of hostility toward the I.R.S. for years,” Alan Rappeport, who covers economic policy for The Times, told me. “The funding has revved that up.”

The agency funding is meant to help it investigate wealthy tax cheats, improve customer service and modernize systems. By empowering the agency to collect the money it’s owed, the changes are projected to raise about $100 billion in net tax revenue over a decade, according to the nonpartisan Congressional Budget Office. That money will help pay for the rest of the Democrats’ new law.

In today’s newsletter, I’ll explain what the new funding will do and how it became such a hot topic.

Most of us know the I.R.S. from the unpleasant task of filing taxes. The agency processes more than 260 million tax returns and related documents each year, with an annual budget of nearly $14 billion and about 80,000 full-time staff members.

It does much of this work on antiquated systems. A recent Washington Post column depicted a bureaucracy that has not adapted to the computer age and instead has stacks of papers extending into a cafeteria. The agency still uses technology dating back more than a half-century, including devices running a programming language, COBOL, that few coders still know. It typically communicates with taxpayers through snail mail or fax.

Congress has cut the I.R.S.’s budget 20 percent since 2010. That makes it hard for the agency to help Americans file their taxes; it answered fewer than one in 10 calls for help during the 2021 filing season.

The funding shortage also makes it difficult for the agency to collect what the government is owed. The tax gap — the difference between taxes owed and taxes paid — is about 15 percent of all taxes.

The new funding will help address the shortcomings by letting the agency update its systems and hire more people. In total, the I.R.S. plans to recruit 87,000 employees. Many of those new hires will fill jobs left behind by retirees in the coming years, but its work force will expand overall to let it take on more duties in auditing, processing and customer service.

Republicans have cited the planned hires to amplify conspiracy theories about armed I.R.S. agents coming after law-abiding Americans. It’s true that some agents who conduct criminal investigations can be armed, like other law enforcement officials. But only 1 percent of new hires will be in such jobs, which focus on more serious financial crimes, according to the Treasury.

Republicans have also raised concerns that the I.R.S. will use the extra funds to go after conservative groups. The agency did target some right-wing organizations seeking tax-exempt status in the 2010s, but it also used similar tactics against progressive groups.

With the additional resources, the I.R.S. does plan to crack down on people and businesses who don’t pay the taxes they owe.

The question is who the agency will focus on. The Biden administration has said it will target rich tax cheats and ordered the agency not to increase audits on people who make less than $400,000 a year or on small businesses. The administration argues that underfunding led the I.R.S. to reduce audits on wealthy taxpayers in particular, so the new money should aim to close that gap.

The agency has good reason to focus on the rich: They account for the largest share of unpaid taxes, as this chart by my colleague Ashley Wu shows: 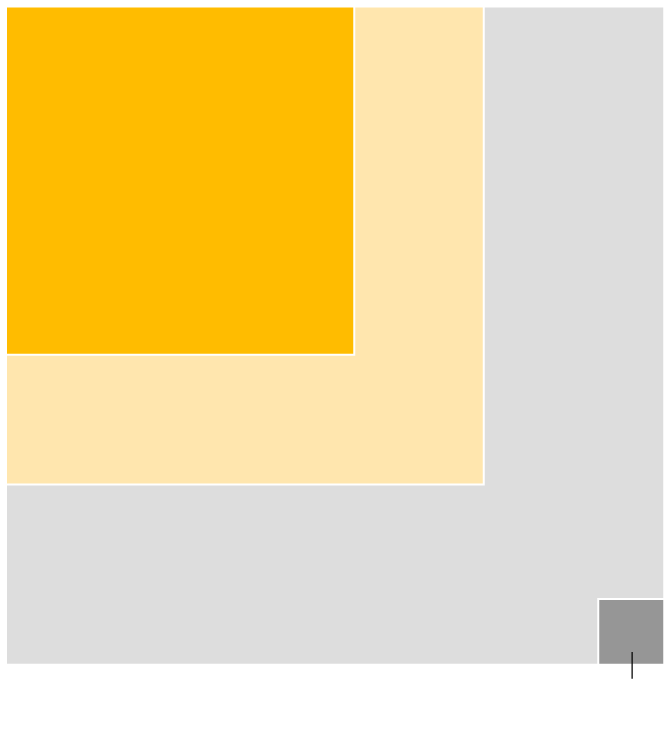 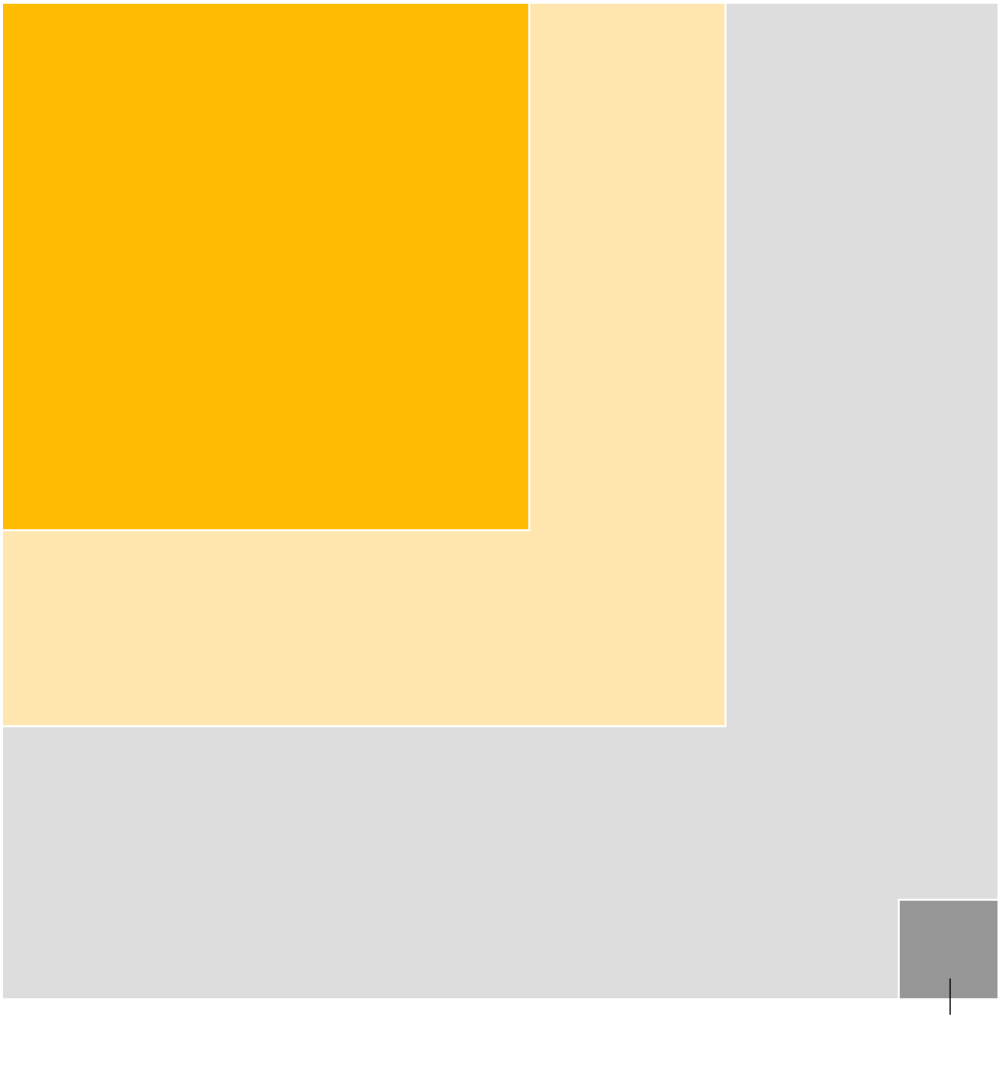 But enforcement against wealthy people also tends to be more difficult. The cases are more complex, involving much more money and sophisticated financial instruments. Rich people are also much more likely to hire elite lawyers to fight investigations.

The hurdles of investigating the rich could prompt agents to instead focus on easier targets, like low- or middle-income taxpayers, as Republican lawmakers have warned. And the agency could target some small businesses, because they make up a large portion of the tax gap, said Douglas Holtz-Eakin, a conservative economist.

Still, Biden administration officials insist the agency will not target low- or middle-income taxpayers or small businesses. They say Republicans are trying to stoke fears about the funding.

Related: The I.R.S. is reviewing security at its offices nationwide because of threats that grew out of the spread of misinformation.

Our social lives suffer because we underestimate how much we’ll enjoy chatting with a stranger, says David Brooks.

It costs nothing to leave our trees as they are, Carole King writes.

The pernicious myth of “maternal instinct” has warped our understanding of parenthood, Chelsea Conaboy argues.

Doggy dementia: Some dogs show signs of cognitive dysfunction as they age.

A Times classic: Train your brain so you don’t need reading glasses.

A complicated injury to a young player: Chet Holmgren, the No. 2 pick in the 2022 N.B.A. Draft, will miss the entire 2022-23 season after suffering a Lisfranc injury. Wait, a what injury? The particularly finicky ailment could mean a long road to a full recovery.

Horrific accusations against an N.F.L. rookie: Buffalo Bills punter Matt Araiza and two of his college teammates have been accused of gang-raping a 17-year-old high school student at a party last year, according to a civil lawsuit filed Thursday.

Breaking down the Champions League draw: The biggest club competition in European soccer is back, and the group stage draw yielded some potential instant classics. Chelsea must face Italian champion AC Milan, Tottenham will do battle with the likes of Marseille and Sporting Lisbon, and Bayern Munich, Barcelona and Inter Milan were drawn into a proverbial “Group of Death.”

The hit Australian cartoon “Bluey,” about the adventures of a family of dogs, does not need to have music this good. On a given episode, you might hear snippets of Saint-Saëns or Holst’s “The Planets.” Other children’s TV juggernauts get by with far less: “Peppa Pig”’s plinks and plonks, or “CoComelon”’s uncanny chorus of children’s voices.

But the producers of “Bluey” wanted to make something that parents would enjoy, rather than curse from afar. “I always knew that music was going to be almost half the show,” Joe Brumm, its creator, said. As producers talk through each episode’s philosophy, Joff Bush, the composer, improvises at a piano to work out a score. “I don’t think we ever approach it from the place of getting kids into classical music,” he said. “It’s always about the story, about what feels right and fits.” — Natasha Frost

How well did you keep up with the headlines this week?

The pangrams from yesterday’s Spelling Bee were confluence and flounce. Here is today’s puzzle.

P.S. The Times published the first photos of Earth taken by a spacecraft near the moon 56 years ago this week:

“The Daily” is about Biden’s student loans plan.

Deepika Padukone introduces her friend who ‘can do Garba to any music’ in this...

Mumbai: Man beaten to death on suspicion of being thief in Bhayander; 4 held