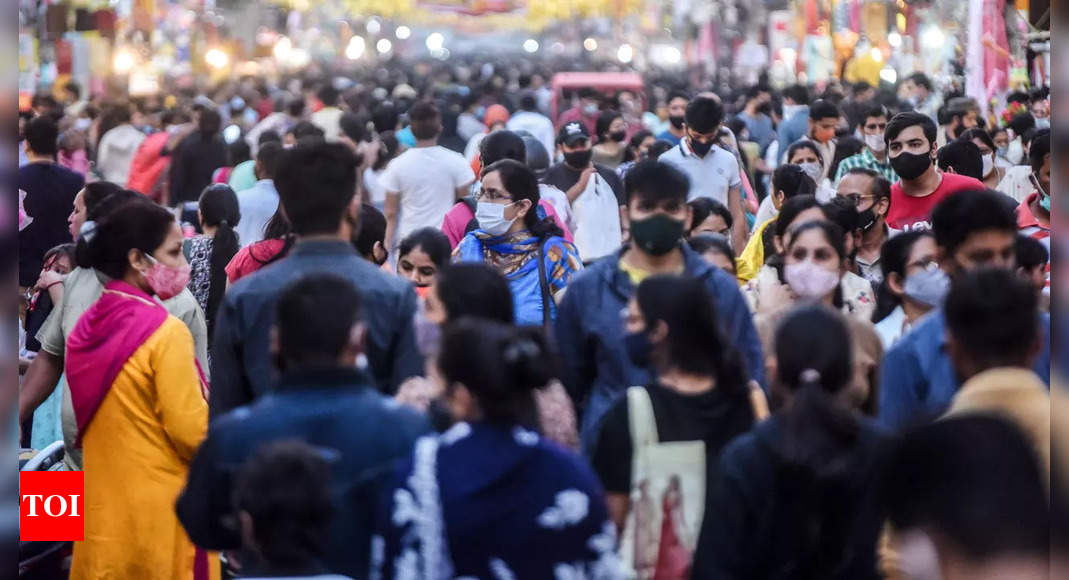 NEW DELHI: Just 2% of individuals are diligently abiding by Covid-related standards during the celebration season, raising concerns over the possibility of another surge in the coming weeks, a survey has revealed
According to a LocalCircles survey, mask compliance has actually dropped significantly as individuals are hanging out and marching in big numbers for Diwali shopping.
The study, which got over 39,000 reponses, said that just 2% of citizens state that individuals in their location, district, or city are complying well with Covid norms.
“34% stated ‘0-30%’ of individuals are compliant, 36% stated ’30-60%’, 8% stated ’60-90%’,” the survey found.
The survey found that compared to September alone, the mask compliance has seen a signifanct drop as India continues to report a declining pattern in fresh Covid cases.
“While 13% residents observed high mask compliance at the end of September, this number has drastically fallen to 2% at the end of October 2021. Further, just 7% citizens observed ‘no compliance at all’ in September, which has increased to 15% in a month,” the survey exposed.
The research study showed there has been a considerable increase in travel with the start of the celebration season and ease of limitations.
The September study carried out by LocalCircles had revealed that 46% of citizens are most likely to take a trip in the joyful season, with a 60% rise in travellers from July-August.
To a follow up question on wearing of masks at airports, train stations and bus stops, only 16% of citizens who took a trip in October stated that mask compliance was efficient at these locations.
Furthermore, the survey discovered that social distancing compliance has actually likewise dropped from 6% score compliance high in September to just 3% in October.
“96% residents who travelled in October say social distancing norms are ineffective during travel and numerous have revealed how there are no efforts from authorities of airports to execute social distancing,” LocalCircles said.

J&K: 2 terrorists killed during encounter with security forces in Shopian