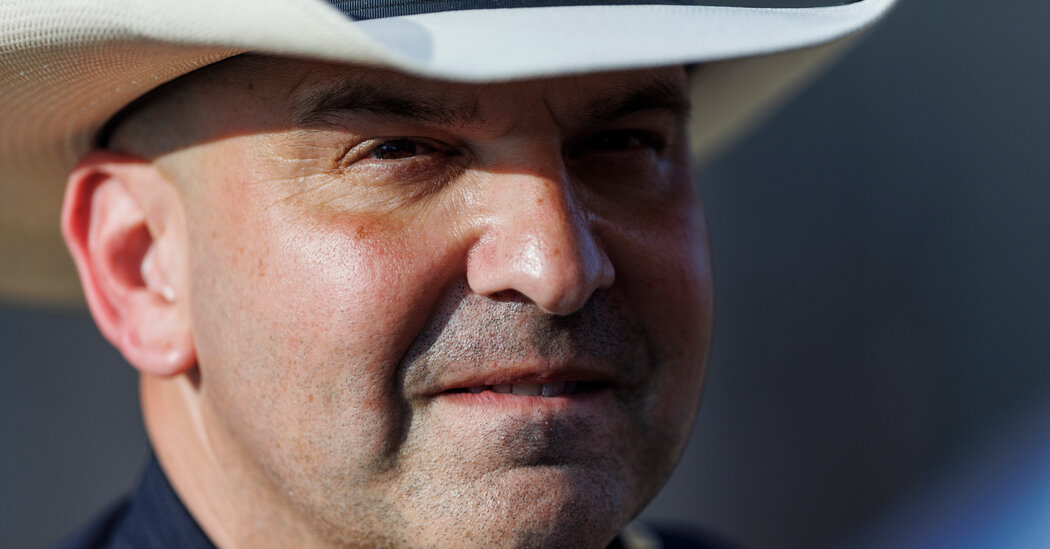 The sheriff of Bexar County, Texas, said it was clear that many of the 48 migrants flown to Massachusetts had been misled and lured away to score political points.

SAN ANTONIO — A county sheriff in Texas announced on Monday that he had opened a criminal investigation into flights that took 48 migrants from a shelter in San Antonio to the island resort of Martha’s Vineyard last week.

Sheriff Javier Salazar of Bexar County, which includes San Antonio, said that he had enlisted agents from his office’s organized crime task force and that it was too early to determine which laws might have been broken. But he said it was clear that many of the migrants had been misled and lured away from Texas to score political points.

The migrants, caught in a mounting political fight between Republican governors of border states and Democratic officials, were flown to Massachusetts by Gov. Ron DeSantis of Florida last week. A day later, Gov. Greg Abbott of Texas sent two busloads of migrants to Vice President Kamala Harris’s residence in Washington.

A migrant appears to have been paid to recruit other Venezuelan migrants, who have been crossing the southwest border in greater numbers, from the area around a migrant resource center in San Antonio, Sheriff Salazar said. The migrants were “lured under false pretenses” with promises of work and a better life, he added.

“They had a right to walk around the streets just like you and me, and they had a right not to be preyed on and played for a fool and transported halfway across the country, just for the sake of a media event or a video opportunity,” Sheriff Salazar, a Democrat, said. “That’s a tragedy.”

The Intensifying Fight Over Immigration

Many of the migrants who have sought asylum and work in the United States in recent months are fleeing Venezuela, which is in political and economic turmoil. More than two million undocumented immigrants, a record, have been arrested along the southern border this fiscal year, according to Customs and Border Protection data released on Monday.

The Venezuelan migrants who were taken to Martha’s Vineyard said they had traveled for more than two months, crossing the perilous Darién Gap before continuing through Central America and Mexico.

In interviews with reporters, they described being approached in San Antonio by a well-dressed woman who introduced herself as Perla; she handed out gift cards for fast-food restaurants and offered to take them to “sanctuary” in Massachusetts.

After the migrants unexpectedly arrived on Martha’s Vineyard, volunteers and officials welcomed them with food and clothing and gave them shelter at a local church. A few days later, the migrants boarded buses for a temporary shelter at Joint Base Cape Cod.

Taryn Fenske, the communications director for Mr. DeSantis, said in a statement that the migrants had been more than willing to leave Bexar County after being abandoned there. “Florida gave them an opportunity to seek greener pastures in a sanctuary jurisdiction that offered greater resources for them,” she said.

In Massachusetts, she added, the migrants were “provided accommodations, sustenance, clothing and more options to succeed following their unfair enticement into the United States, unlike the 53 immigrants who died in a truck found abandoned in Bexar County this June.”

Sheriff Salazar said he had not ruled out the possibility of working with state and federal officials on the criminal case. His office has yet to interview the migrants, who are now on the East Coast, and has communicated mainly with one of the lawyers representing them, he added.

The sheriff, who has been a constant critic of the Republican response to illegal immigration, stressed that his decision to open the investigation was not politically motivated.

Parakram Diwas: The enigma of Gumnami Baba lives on…