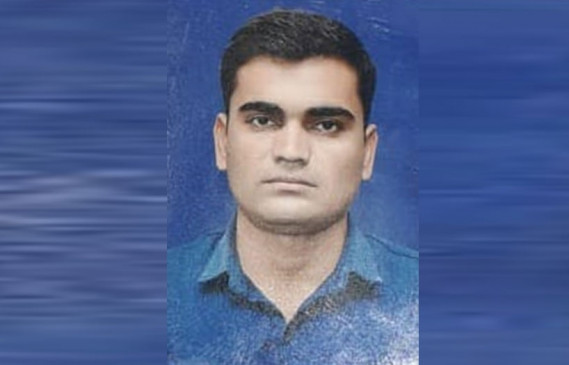 Jaipur, 1 November (IANS) Based on the intelligence input given by Military Intelligence (MI) Jaipur, Rajasthan Police has arrested a civil defense employee of Military Engineering Services (MES) in Nirvu in the state on charges of working as a spy agent. This employee was giving secret information of the army to the Pakistani intelligence agency.

In September this year, MI Jaipur came to know that a spy agent was working in Nirvu, who was giving military-related information to his operatives in Pakistan. The man was identified as Ramnivas Gaura (28), a civil motor driver working with MES.

It was learned that Gaura was in contact with Pakistan Intelligence Operator (PIO) in the name of Jasmeet Kaur via Facebook and WhatsApp. She shared information about the units and structures of Nirvu and Jaipur while being in contact with the PIO for 2 years. Also told about the different offices and employees of both these places. The information was then shared with the police headquarters in Jaipur and then a joint operation was conducted to capture Gaura.

After this Gaura was taken into custody on Friday. During interrogation, he allegedly confessed that he had received a friend request from PIO's Facebook profile Ekta in February / March 2020, which he accepted. They soon had a good friendship and then audio / video calls and chats started via WhatsApp.

The PIO used an Indian WhatsApp number and claimed that she works with the Principal Controller of Defense Account (PCDA) Shimla. Later Ekta started taking military information from Gaura and in return Gaura asked for Rs 10,000.

Jaipur Police Intelligence and MI are gathering further information and other agencies have also joined the investigation. Additional Director General (Intelligence) of Rajasthan Police Umesh Mishra told the media that the team had been getting information for the past several days that Gaura was sending secret information of the army to Pakistan.

Gaura will be produced in the local court soon and will seek police remand for further investigation. Officials have said that more clues are expected to be found.

Is It Time for a ‘White Lotus’ Vacation?

TimesNewsNow provides Real, Raw, Authentic/verified news in this industry and we’re growing pretty quickly to achieve our Target with you. The latest updates, Trending Topics, Internal News, are some of our specialties. We are registered with the GOI as TNN Media Network (Timesnewsnow.com and all its subdomains), Also registered in London, UK.
Contact us: [email protected]snow.com