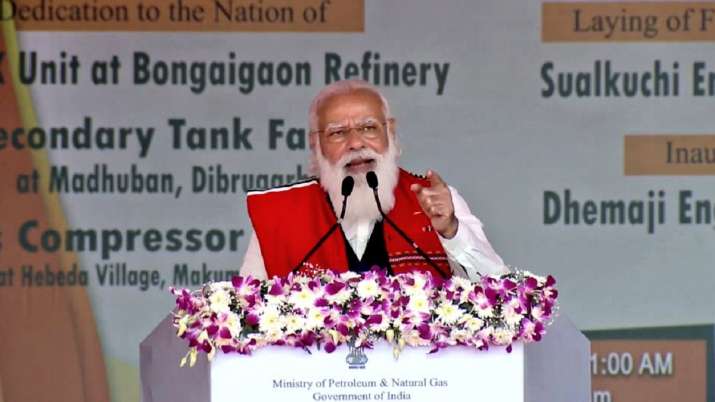 Accusing the governments that ruled India for decades since Independence of neglecting Assam and the northeast, Prime Minister Narendra Modi Monday reaffirmed his commitment to the development of the region.

Modi, who dedicated to the nation three major projects in the petroleum sector, enumerated steps taken by the state the government led by Sarbananda Sonowal and the centre over the past few years, and said they were working together for balanced growth of the region.

“Those who ruled for decades since Independence believed Dispur was too distant from Delhi. ‘Dilli ab door nahi aapke darwaaze par hai’ (Delhi is not far now, it stands at your doorstep,” he told a massive gathering after dedicating to people, inaugurating and laying the foundation of a slew of projects worth over Rs 3,300 crore.

The previous governments adopted a “step-motherly” approach to Assam’s North Bank and neglected connectivity, health, education, and industry, he alleged.

He said he will visit Assam and other poll bound states as many times as possible before elections are announced, likely in 1st week of March.