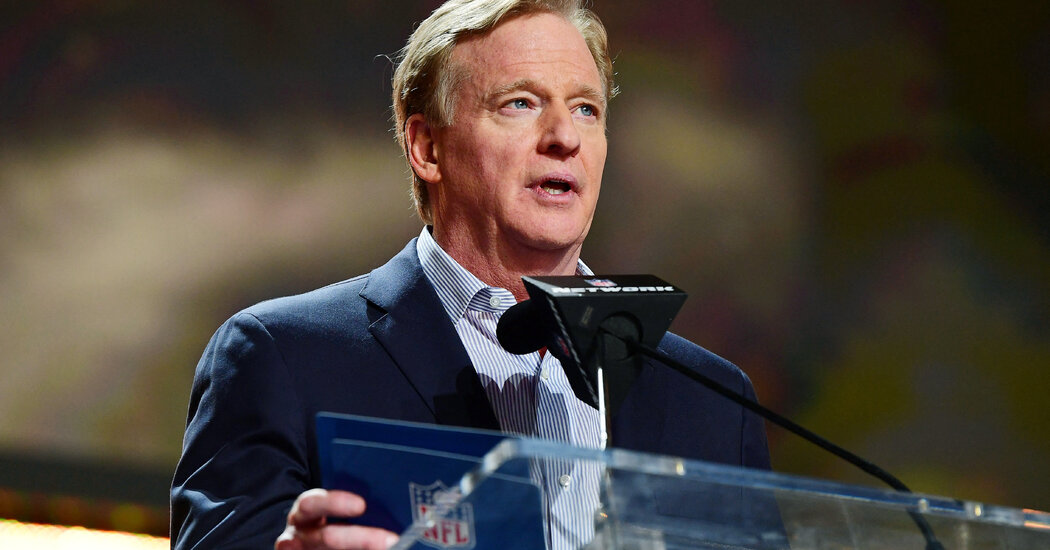 The N.F.L. must decide whether to uphold Watson’s six-game suspension or impose a more severe penalty. Its choice will speak volumes, writes our columnist.

Six games off. That’s the suspension. That’s it.

That was the ruling handed down by retired federal judge Sue L. Robinson on Monday after she reviewed arguments for and against punishing Cleveland Browns quarterback Deshaun Watson.

Robinson, the mediator who oversaw Watson’s hearing, decided against the N.F.L.’s recommendation that Watson receive at least a year’s suspension after he was accused by more than two dozen women of sexual misconduct during massage treatments.

Reviewing the results of the league’s 15-month investigation of Watson, she deemed his conduct “predatory” and “egregious.”

The clock now ticks on the N.F.L. and Commissioner Roger Goodell. What will be the league’s next move in the sordid spectacle that is the Deshaun Watson case?

The N.F.L. has until Thursday morning to appeal. Goodell can opt for a longer suspension, a decision the union and Watson would most likely challenge in federal court. He can also levy a fine that would claw back some of the nearly $45 million Watson got from the Browns as a signing bonus. But if the N.F.L. simply ducks and gives up without a fight, that’ll say everything about how it views women and how seriously it takes their stories.

And for all of you Watson apologists out there: Robinson agreed without reservation that Watson had done wrong. He exposed himself. He purposely touched the women repeatedly with his penis.

Here’s a sampling of her conclusions:

“The N.F.L. has carried its burden to prove, by a preponderance of the evidence, that Mr. Watson engaged in sexual assault (as defined by the N.F.L.)” against four therapists who were identified in the league’s report.

“The N.F.L. has carried its burden to prove, by a preponderance of the evidence, that Mr. Watson’s conduct posed a genuine danger to the safety and well-being of another person.”

“Mr. Watson had a reckless disregard for the consequences of his conduct, which I find equivalent to intentional conduct.”

And yet, Robinson said she was limited. She could have given out a much harsher penalty, but she refused to set precedent. Instead, she leaned on the N.F.L.’s history of leniency. The most common discipline for “domestic or gendered violence and sexual acts is a six-game suspension,” Robinson noted.

She went on to list the other suspensions of players, including one who had to sit for 10 games “for multiple incidents of domestic violence for which the player pleaded guilty to battery.”

Leaning on precedent is understandable, even laudable. But this decision was not made in a court of law. The N.F.L. does not have to accept Robinson’s recommendation, especially not in a case in which the player’s contract has been structured, as Watson’s was, to avoid a significant financial hit for a suspension. When he signed a fully guaranteed $230 million contract with the Browns in March, the team agreed to a base salary of $1 million, meaning Watson will lose just over $300,000 in game checks during his six-game suspension.

The league is a private entity. It can mete out punishment as it deems fit. If Watson, his lawyer and the players’ association have a problem with it, they can sue.

Let them go right ahead and keep the accusations against Watson front and center in the public eye.

Harassment of women is hardly novel in the N.F.L., which too often seems to stand for the Neanderthal Football League. I wrote as much last week when Congress — not the league — tried to make Washington Commanders owner Daniel Snyder account for his team’s knuckle-dragging culture and misdeeds.

The Washington Post reported that Snyder settled a sexual misconduct claim that stemmed from an incident in 2009. The N.F.L.’s investigation of Watson lasted 15 months. These drawn-out inquiries spiral into theater of the absurd only because the league and its commissioner have not established precedents that would allow for decisive action — the kind that would send a clear signal that the N.F.L. does not tolerate mistreatment of women.

As the Watson decision stands now, at six games with no fine, nobody wins.

Not the women, whose lawyer described the suspension as “a slap in the face.”

Not the league, whose personal conduct policy purports to “define, address and sanction” players whose actions are detrimental to the N.F.L.’s image.

Not the Browns, a franchise that has proved it would shred its dignity and sell its soul for a chance at finally becoming a Super Bowl contender.

Not Watson, who, despite being mobbed by Browns fans at training camp, will be forever mentioned as one of the league’s pariahs, an example of its misogynist culture.

Not victims of sexual violence and domestic abuse or their advocates. “We brace ourselves for this kind of disappointment,” Sondra Miller, president of the Cleveland Rape Crisis Center, said in an interview on Monday. “It’s a common feeling that offenders are not held accountable for their actions. So, that is part of what we are feeling today.”

Who else? Certainly not the women who came forward with stories of being abused by what Robinson called “sexualized behavior.”

Twenty-four women alleged in lawsuits that Watson engaged in sexually coercive and lewd behavior during massages that spanned from the fall of 2019 to March 2021.

Watson was not charged in criminal court and settled with all but one of his accusers. That’s not an uncommon outcome given how hard it is to litigate cases of sexual misconduct, which often occur in private and come down to the conflicting accounts of the two people involved.

But when the N.F.L. toughened its personal conduct policy in 2014, in response to backlash over the Ray Rice discipline, Goodell wrote that the league held itself to “a higher standard.”

To make good on that statement, common sense must prevail. Women must be believed, especially when this many come forward with stories of harassment and abuse.

Robinson makes it clear that she believes sexual misconduct took place, but she was hampered by the league’s past when it came to the punishment. The N.F.L. has been way off the mark, far too lenient regarding policing itself and meting out penalties that back up its talk on women.

It’s time to start correcting the course. The league and its commissioner must stand against Monday’s ruling and prepare for a fight.

GST to be levied on underlying goods/services in gift vouchers, rules AAAR

Will protest against Tamil Nadu students' reservation bill till the approval of the Governor:...