Detroit Reclaims Halloween, a Holiday Once Marred by Fire

After decades of Devil’s Night fear and arson, Halloween in Detroit is again a celebration, and a sign of a changing city.

We’re exploring how America defines itself one place at a time. In Detroit, residents have taken back Halloween, but fears of crime persist. 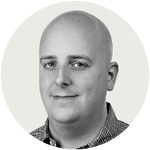 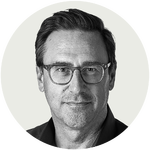 DETROIT — As a teenager in the 1980s, Jamal Lawson rode his bike from fire to fire on the nights around Halloween, watching what others had set ablaze in Detroit.

Ron Jones, a rookie firefighter in the early ’90s, spent Halloween week back then in a wearying marathon, extinguishing one intentionally set fire after another.

Veronica Armstead stopped welcoming trick-or-treaters and started spending the night indoors with the lights off.

Halloween season in Detroit was scarred for decades by annual arson outbreaks, known as Devil’s Night, that left scores of abandoned buildings torched. The fires, which peaked on the night before Halloween but bled into the holiday itself, brought unwanted national attention to a place already coping with disinvestment and depopulation. The season came to symbolize the city’s struggles.

And then things changed. During the last several years, the number of Devil’s Night fires dwindled. Citizen arson patrols organized by the city ended. Halloween, the city declared, belonged to the children again.

Now, Mr. Lawson’s elementary-school-age daughters have no idea of the horrors of Halloweens past. Mr. Jones, who is nearing retirement, decorates his fire station with inflatable pumpkins and makes sure children dressed as superheroes get enough candy. Ms. Armstead said people feel safe going out again.

I went to Detroit to understand what it means for a place to reclaim a tarnished holiday, and to learn what Halloween’s restoration says, and what it does not say, about larger shifts underway in the city.

Some residents told me they still took precautions in deciding where and if their children could go trick-or-treating, or expressed doubts about the city’s broader trajectory. But many others said the drop in arsons was part of a welcome stabilization in Detroit that extended well beyond Halloween, even as they listed ongoing concerns about crime, blight or gentrification.

“We feel kind of safe; we feel somewhat safe,” said Clois Foster, 67, a retired postal worker on the city’s West Side. She said the improvements in her neighborhood — fewer abandoned homes, no more Devil’s Night — helped motivate her to remain in Detroit.

“It makes me like, ‘OK, I can stay here in my city,’” said Ms. Foster, a lifelong Detroiter who recently became the leader of a neighborhood patrol group that reports potential problems to the police.

The burning was a symptom of Detroit’s other struggles. The city, once the nation’s fourth-largest, lost more than half of its residents after 1950. Downturns in the auto industry, a lack of investment andsuburban flight left Detroit overwhelmed by declining revenues, rampant crime and abandoned houses. By 2013, Detroit was bankrupt, unable to keep its streetlights on and struggling to respond to 911 calls.

But even then, there were signs that Devil’s Night was fading. City officials had long ago rebranded the season as Angels’ Night, with strict curfews and caravans of radio-carrying volunteers in cars topped with flashing yellow lights. Fires declined, with fewer than 100 reported over each three-day stretch from 2011 onward. The camera crews and gawkers who had traveled to Detroit to watch the destruction, infuriating locals, mostly stopped coming around.

Mayor Mike Duggan, who took office in 2014 during the bankruptcy, said he initially agreed to continue the Angels’ Night anti-arson patrols, which had taken on a more festive tone as fires ticked downward. But the mayor changed course after meeting someone in another city who said he had heard Detroit was too dangerous for children to celebrate Halloween.

“It makes you realize the trauma that the children suffered who are raised in these situations: The children of Detroit grew up scared that their house was going to catch on fire,” said Mr. Duggan, a Democrat now in his third term. “And so I went back and said, ‘That’s it.’”

In 2018, the mayor announced that the city’s role in Angels’ Night was ending.

Since then, Halloween in Detroit has looked a lot more like Halloween everywhere else. Some parents said their costume-clad children knew nothing of Detroit’s fiery past.

“I don’t even think I would explain to them what those times were,” said Edward Jackson, a Detroit police sergeant whose own childhood included strict warnings about Halloween safety, but whose children, ages 7 and 8, go door-to-door through their neighborhood to get candy.

Detroit is a city in transition, albeit one that some residents call uneven. Tens of thousands of dilapidated homes have been bulldozed or rehabilitated in recent years — a key factor, officials say, in reducing arsons. An influx of money and development has brought new residents and businesses to some areas, most visibly downtown and Midtown.

All the while, the city’s Black majority has shrunk, leaving some long-term residents to wonder who will benefit from the changes.

Though Black residents still constitute a large majority of Detroiters, about 77 percent, the number of white, Hispanic and Asian residents increased between 2010 and 2020. (The city recently sued the Census Bureau, claiming an undercount in 2020.)

Cynthia A. Johnson, a Democratic state representative, said Detroit’s much-talked-about progress was hard to spot in her neighborhood northwest of downtown, where several homes are boarded up, some lots are overgrown and the sidewalk was blocked last weekend by a soiled mattress and piles of other illegally dumped debris.

“Within the residential communities, the inner city, or in communities like mine, it’s being ignored,” Ms. Johnson said.

Shantina Beacham, an autoworker, said she had noticed and appreciated the decline in fires, and believed her city was making some progress. Still, she does not let her children go trick-or-treating in their West Side neighborhood.

“It’s not safe,” she said. Instead, they get candy at stores and attend Halloween house parties.

Many parents favor “trunk-or-treat” events at police stations, churches and recreation centers where children go from car to car in a supervised setting. Others opt for parties or visit the houses only of people they know.

Tanisha Love, 33, took her three sons — dressed as Black Panther, the Hulk and a ninja — to a well-attended gathering at a Detroit fire station on Monday night.

Ms. Love, a social worker, said she remained wary about the safety of going from house to house, just as her parents were when she was a girl. But she said she saw signs of improvement in Detroit, especially around Halloween.

Perhaps most significant of all was the absence of the gnawing dread that once accompanied the holiday.

Charles Simms, the interim fire commissioner, said that when he was a new firefighter in the 1980s, around the peak of the Devil’s Night destruction, his crew would sometimes skip meals to keep up with the onslaught of fires. Later, as head of the arson unit, he helped investigate and arrest holiday wrongdoers. Now, he said, Halloween is just fun again.

Between Saturday and Monday, city officials reported 35 structure fires, slightly above the numbers from recent years, but just a fraction of the historical highs. It was, for the most part, a comfortably normal Halloween in Detroit.

Can vaccinate entire Delhi in 3 months if full freedom is given to us:...