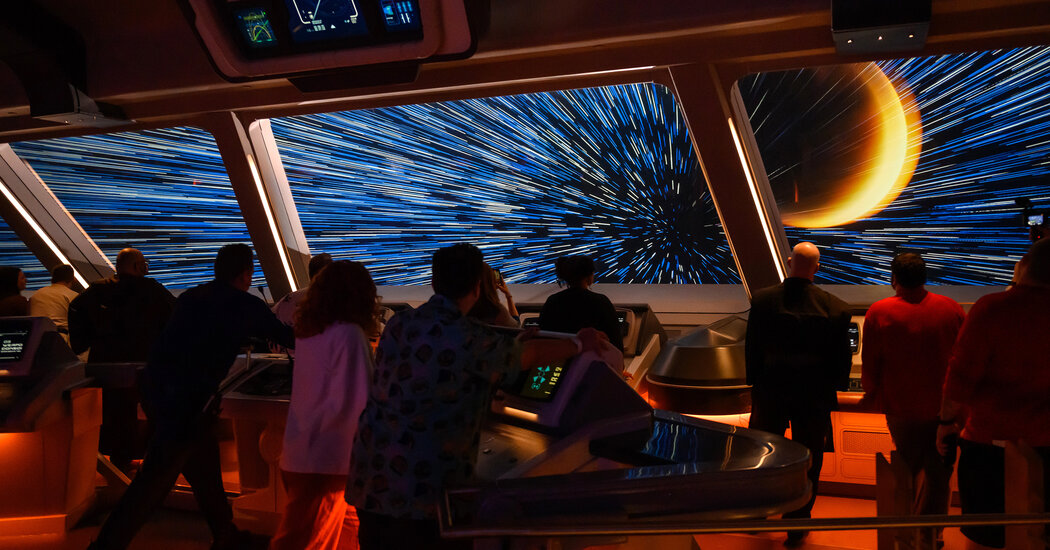 Disney has been looking for ways to link its flagship streaming service more closely with other parts of its empire, including theme parks, cruise vacations and stores, as it works to fulfill a promise to make Disney+ profitable by 2024. On Wednesday, the company confirmed that one idea involves a membership program that would offer companywide discounts or special perks.

“A membership program is just one of the exciting ideas that is being explored as we consider ways to marry the physical and digital worlds,” Kristina Schake, a Disney spokeswoman, said in a statement. “Technology is giving us new ways to customize and personalize the consumer experience so that we are delivering entertainment, experiences and products that are most relevant to each of our guests.”

In other words, Disney thinks people will pay for a more connected experience — that it can step up its already considerable efforts to cross-sell. Envision, perhaps, watching shows on Disney+ that are set in the “Star Wars” universe; gaining access to exclusive, related experiences at “Star Wars”-themed areas at Disney World and Disneyland; receiving offers for exclusive “Star Wars” merchandise based on your Disney+ viewing history; and maybe even being first to try new “Star Wars” rides.

The Wall Street Journal, which reported the news earlier, likened what Disney has been exploring to Amazon’s all-important Prime memberships. For $139 a year or $14.99 a month, Prime members receive free shipping and other perks, notably access to the Prime Video streaming service.

One Disney executive involved with the membership discussions said the comparison was misleading. He emphasized that an offering was more than a year away, if it was rolled at all, and said the discussions were in keeping with how Disney brainstormed new theme park attractions: Some ideas go forward, and most do not.

Zelle Fraud Victims Are in Line to Receive Reimbursements

Elon Musk Takes On Apple’s Power, Setting Up a Clash