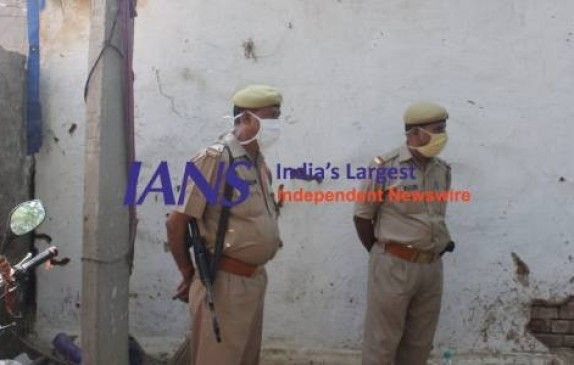 Lakshkar said that he had requested that the deceased be cremated at night, as he had received intelligence that some people might try to incite caste violence due to their selfishness.

He also said that if there were further delays in cremation, the dead body was likely to rot. He also denied that he was under any pressure from the government or higher officials.

The Lucknow bench of the Allahabad High Court on Monday held a detailed hearing in the case of forcible cremation of the Hathras victim, in which the District Magistrate presented his case. The court has said that it will pass the order in the case later. The court will hold the next hearing on 2 November.

In a 2-hour hearing, a bench of Justice Pankaj Mithal and Justice Rajan Roy heard the victim's family and various government officials. The victim's family pleaded through advocate Seema Kushwaha that the trial in the case be shifted out of Uttar Pradesh to Delhi or Mumbai. He argued for the safety of the family. The lawyer has also requested that information about the investigation be kept private, so that the privacy of the family is not compromised.

The family said the girl was cremated against her will. The victim's mother said that she could not even say with certainty that she was cremated, it was her daughter, as she was not allowed to see the daughter's face for the last time.

The family also said that the local police was harassing them and the district magistrates were pressurizing them. He said that he does not trust the administration.

After the family recorded their statement in court, the district magistrate of Hathras gave his statement.

At the same time, Advocate General Advocate V.K. Shahi refused to comment on the proceedings.

How Arizona Became an Abyss of Election Conspiracy Theories

SC to allow journalists inside courtrooms in physical proceedings