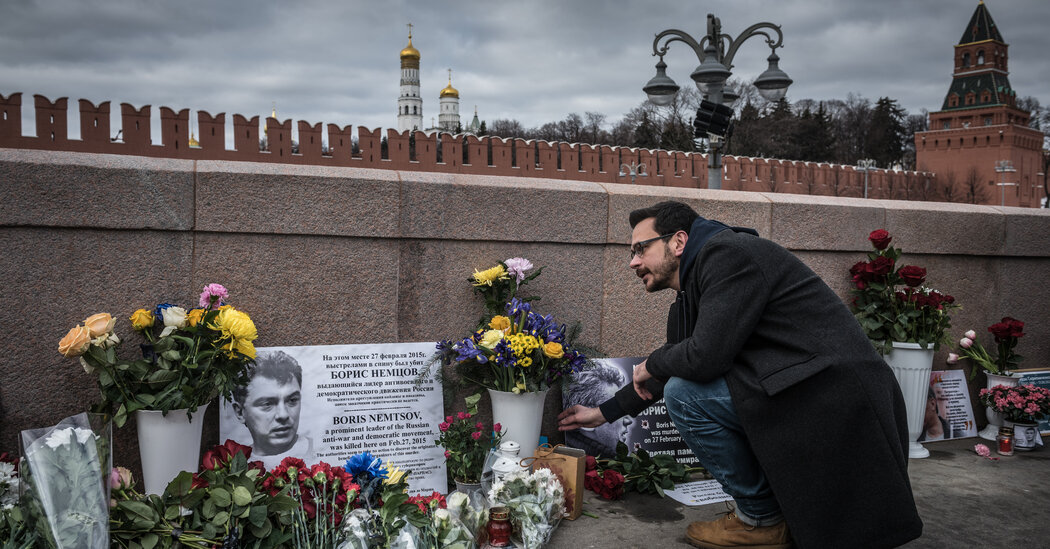 Shortly after Russia shocked the world by attacking Ukraine on Feb. 24, Ilya V. Yashin, a local Moscow councilman and prominent opposition figure, decided it was time to see a dentist.

The Kremlin was in the process of criminalizing criticism of the war, and Mr. Yashin, a very vocal critic, had decided to stay in his home country and continue to oppose President Vladimir V. Putin. Eventually, he reasoned, jail time was highly likely.

“I’m honestly terrified of dentists,” Mr. Yashin said in a recent interview on YouTube, “but I got ahold of myself and did it because I realized that if I ended up in prison, there wouldn’t be any dentists there.”

Two weeks after the interview was published, Mr. Yashin, 39, was indeed arrested. He is now in pretrial detention in Moscow, on charges of “disseminating false information” about the war. He faces a sentence of up to 10 years.

Mr. Yashin’s arrest highlights the rapidly constricting avenues for dissent inside Russia as Mr. Putin cracks down on any divergence from the official narrative of the invasion. Beyond that, it has reignited the debate among the Russian opposition over how leading figures like Mr. Yashin can best serve the cause of undermining Mr. Putin: outside the country they want to reform, or inside a penal colony?

Mr. Yashin remains convinced he made the right choice. “What crime did I commit?” he asked rhetorically in a handwritten letter from prison to The New York Times. “On my YouTube channel, I criticized the special military operation in Ukraine and openly called what is going on a war.”

But some opposition figures disagree, saying that staying and fighting might seem courageous, but that prison is an ineffective platform for pushing reforms.

“Yashin is fearless — he is a fighter, he is brave,” said Dmitri G. Gudkov, a Russian opposition leader who left Russia last year. “I am sure that he will not back down,” he continued. “But I’m just sad that he will waste his life. It’s not understandable.”

QAnon Candidates Aren’t Thriving, but Some of Their Ideas Are