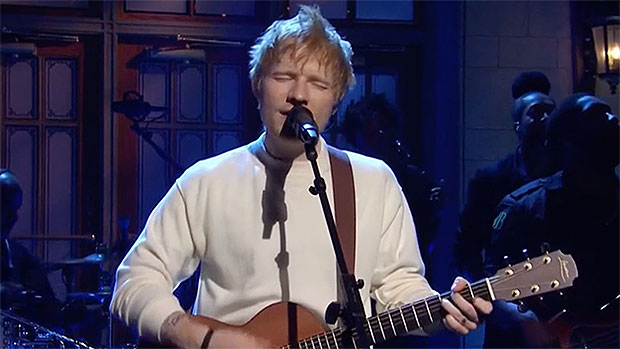 Ed Sheeran beautified the ‘SNL ‘phase for the 3rd time simply two weeks after testing favorable for COVID-19. The singer carried out two songs from his brand-new album, “Shivers” and “Overpass Graffiti.”

Ed Sheeran, 30, serenaded the Saturday Night Live crowd! The British-born singer went back to Studio 8H for the November 6 episode, where he performed his brand-new tune “Shivers,” the 2nd single from his newest album =, which came out Oct. 29. Ed then returned to the phase with an energetic performance of “Overpass Graffiti,” another track from his new album.

The appearance comes just weeks after the GRAMMY winner validated that he had contracted COVID-19. “Hey guys, fast note to inform you that I’ve unfortunately tested favorable for Covid, so I’m now self-isolating and following federal government guidelines,” he wrote to his millions of fans on Oct. 24. His quarantine arrangements altered plans for his in-person commitments to promote his newest album, called =.

“It indicates that I’m now unable to plough ahead with any in-person commitments for, so I’ll be doing as many of my planned interviews/performances I can from my home,” he included. “Apologies to anybody I’ve let down, be safe everyone x,” the Suffolk native signed off.

While reports appeared shortly after that program runner Lorne Michaels and SNL producers were “scrambling” to change Ed, the ginger cleared unmasked the reports in an interview. “Yeah, I don’t know why there was a substantial furor about that. Everybody was stating they were rushing to discover a replacement,” he said to the Sirius XM host Howard Stern.

“I was always playing that. I checked for COVID and I revealed it a couple days afterward because I needed to cancel things, basically. However it’s rather an odd thing, getting that and after that needing to reveal it to the world, and after that suddenly … Like, I’m now out of it now, and I’m still sort of being dealt with …” he tracked off, as Howard ended up, “like you have it.”

This marks Ed’s 3rd look on the long term NBC sketch series: he made his launching in April 2014 with songs “Sing” and “Don’t” on an episode hosted by Seth Rogen. The vocalist stood for a 2nd time in 2017 to perform his huge single “Shape Of You” in addition to “Castle On A Hill” from album ÷.

Is Rakul Preet Singh’s latest pic a hint at her new series’ shoot?