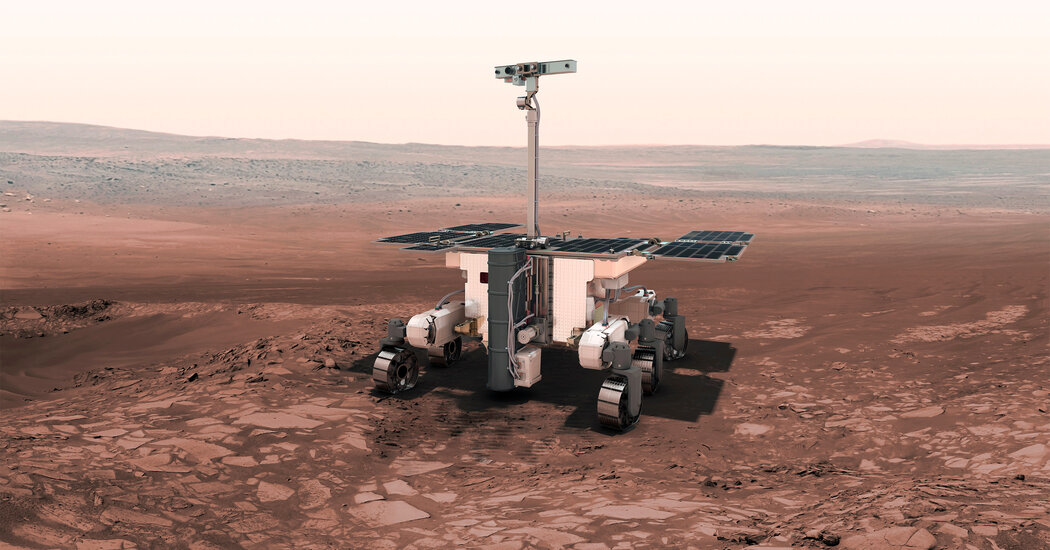 The European Space Agency is formally ending its partnership with Russia on a rover mission to explore the surface of Mars, the agency’s chief said on Tuesday, citing Moscow’s invasion of Ukraine.

ESA, an intergovernmental organization with 22 member nations, paused cooperation with Roscosmos, Russia’s state space agency, in March to comply with Western sanctions, after ESA’s leadership council agreed unanimously on the “impossibility” of continuing to work together under the circumstances.

As an intergovernmental organization whose mandate was to develop and implement space programs “in full respect with European values,” the agency said in a news release at the time, “we deeply deplore the human casualties and tragic consequences of the aggression towards Ukraine.”

Before the suspension, ESA and Roscosmos were working jointly on the ExoMars mission with the goal of exploring the surface of Mars. A jewel of the project, Europe’s first robotic rover on Mars, was expected to launch this fall.

That temporary suspension has now been made final. As the war grinds on and the West attempts to further isolate Russia, Josef Aschbacher, ESA’s director general, announced on Tuesday that ties on the rover mission had been cut for good.

“As a consequence, Council mandated me to officially terminate the currently suspended cooperation with Roscosmos on the ExoMars Rover and Surface Platform mission,” he wrote on Twitter.

This is not the first break since the war began in the longstanding cooperation between Russia and ESA. In February, Rocosmos stopped launches of its Soyuz rocket at an ESA launchpad in French Guiana and said it would remove the 87 Russian personnel working at the site.

However, diplomatic cooperation on space research has often persisted through international conflict, and that remains true for some projects involving Russia.

The United States and Russia are continuing to work together on the International Space Station, an orbital science laboratory run primarily by NASA and Roscosmos. The station, which was proposed as a symbolic post-Cold War monument, has intertwined Washington and Moscow for two decades, even as relations between the nations have frayed.

Contributions from both sides are needed to keep the outpost functioning. The space station depends on electricity from the American section and needs engines from Russian spacecraft to maintain its altitude in orbit.

Sensex rallies 487 points to close above 49,000 for first time; IT stocks shine

Emma Watson did not storm off the set of This Is The End: Seth...