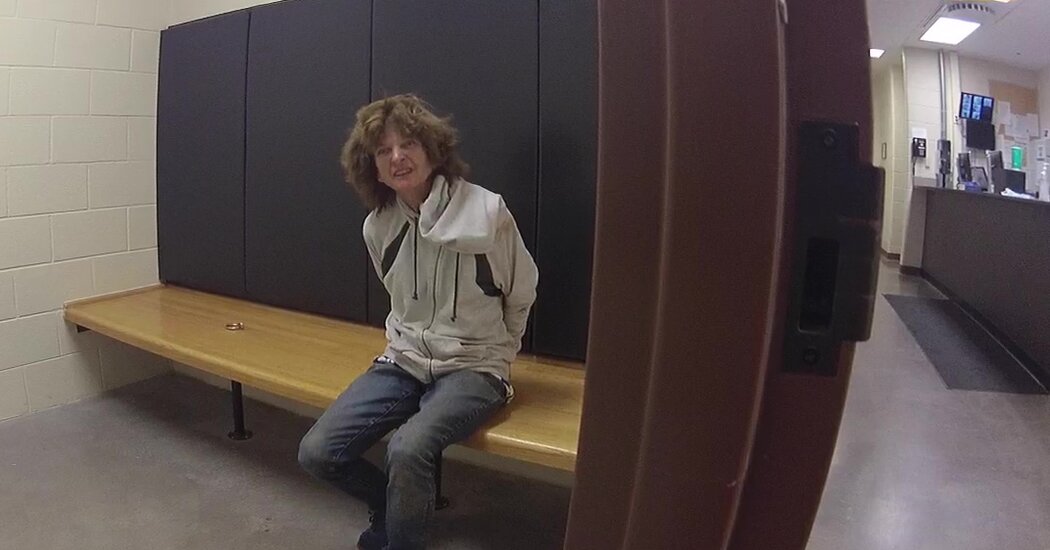 The sentencing of Daria Jalali over her failure to intervene comes two years after a woman with dementia was mistreated by another officer in the Loveland Police Dept. in Colorado.

A former Colorado police officer was sentenced to 45 days in jail and three years of probation on Friday for failing to intervene during the arrest of a 73-year-old woman with dementia who was assaulted by a different police officer in June 2020, a law firm representing the officer confirmed on Sunday.

The officer, Daria Jalali, formerly of the Loveland Police Department, had pleaded guilty to failure to intervene with an officer using excessive force. The charge stemmed from a law created in 2020 as part of a police reform bill enacted in the wake of racial justice protests across the state and nation. The law requires police officers to stop other officers from using excessive force and to report such instances.

Ms. Jalali was found to have failed to comply with the law after Austin Hopp, a former officer with the Loveland Police Department, assaulted Karen Garner, then 73, who had been arrested on suspicion of shoplifting $13.88 worth of items from a Walmart. Ms. Garner has dementia and sensory aphasia, which impair her ability to understand and communicate, and she had forgotten to pay for the items, according to her lawyer. She was severely injured during the arrest.

Anna Geigle, Ms. Jalali’s lawyer, did not respond to a call seeking comment on Sunday.

Eric Stewart, the interim chief of the Loveland Police Department, said in a statement that “this verdict does not change Ms. Garner’s wrongful and illegal treatment or the pain she and her family have experienced.”

“I do hope this brings the next level of closure for Ms. Garner and her family,” he added.

The case was prosecuted by the district attorney’s office for the Eighth Judicial District in Colorado, which did not respond to an email seeking comment on Sunday.

A lawsuit filed last April against the city of Loveland stated that the officers who arrested Ms. Garner had broken a bone in her arm and dislocated her shoulder and that she had not been given medical attention for six hours.

Mr. Hopp pleaded guilty to second-degree assault in March and was later sentenced to five years in prison and three years of parole. Last year the city of Loveland said it would pay a $3 million settlement to Ms. Garner.

In recent years, the Loveland Police Department has faced several lawsuits accusing officers of using excessive force while making arrests. In June, the father of a teenage girl sued three police officers, saying that, while arresting the 14-year-old, they had used excessive force by slamming her onto concrete, firing a Taser at him and choking the family’s Jack Russell terrier.

The release of the body camera footage in Ms. Garner’s case last April reverberated across the city and country. The video showed Ms. Garner clutching wildflowers and her wallet, crying out in pain and appearing confused as she told the officers that she was “just going home.”

Mr. Hopp is seen grabbing Ms. Garner, bending her arm behind her back and throwing her to the ground. “I am going home,” she said repeatedly while facedown on the grass, struggling and clutching her wallet. Mr. Hopp then leaned into her back with his knees, the lawsuit filed on her behalf says.

Ms. Jalali, who arrived at the scene after Ms. Garner had been arrested, is also seen in the video. She tells Ms. Garner, “Stand up, we’re not going to hold you,” and repeatedly shouts for her to “quit.”

The city of Loveland said in a statement last April that it had received “an abundance of telephone calls, emails, and social media messages from constituents deeply concerned” about what the video showed.

“The footage is difficult to watch and we understand the strong emotions evoked including the outrage, fear, and distrust,” the city said at the time.

Judge Joshua B. Lehman of the Eighth Judicial District Court described Ms. Jalali’s actions as “an abysmal failure of that duty to protect and serve,” CBS News Colorado reported.

Alissa Swartz, Ms. Garner’s daughter, told reporters on Friday that Ms. Jalali had “failed in every aspect of what she did” on June 26, 2020.

“It sums up the whole thing,” Ms. Swartz said. “She failed.”

PICS: When Shehnaaz Gill hit snooze mode on the road