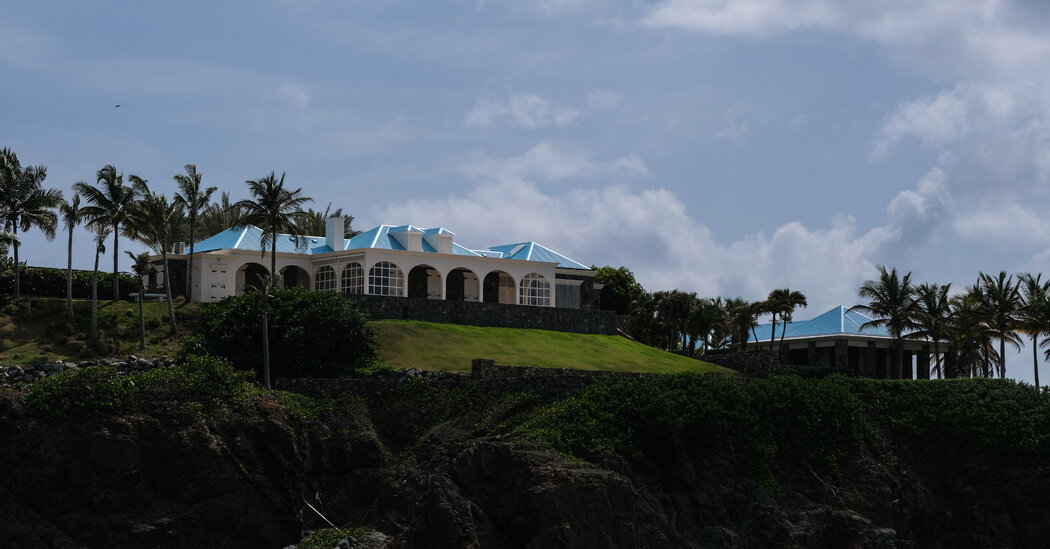 The two executors of Jeffrey Epstein’s estate — both longtime advisers to the deceased financier — could receive millions of dollars in payouts long after his death, the authorities in the U.S. Virgin Islands said in a legal filing on Friday.

The payouts to the executors, Darren Indyke and Richard Kahn, are tied to the Butterfly Trust, an investment vehicle Mr. Epstein had established in 2013, according to the filing by lawyers for Denise George, attorney general for the U.S. Virgin Islands.

The court filing by Virgin Island authorities raised questions about the transfer of millions of dollars from a trust originally set up by Mr. Epstein to several trusts that stood to benefit the executors.

The transfer of money took place nearly a year after Mr. Epstein killed himself in his prison cell in Manhattan and after Ms. George’s office had sued Mr. Epstein’s estate.

The Butterfly Trust initially received a wire transfer of $13 million in April 2020 after the liquidation of another investment fund in which Mr. Epstein had a stake, according to the filing. Some of that money was transferred again several months later to three newly created entities — two of which listed Mr. Indyke, Mr. Kahn and their spouses as the beneficiaries, the filing said.

Ms. George and her lawyers asked a Virgin Islands judge to order the estate to submit to discovery requests to make sure other estate assets have not been transferred to “enrich” the executors.

“The government discovered that substantial funds kept secret from the government were transferred for the benefit of the coexecutors in an apparent effort to enrich themselves and shelter these assets from recovery,” the filing said.

The filing said the executors also had not disclosed several million dollars in loans they received from Mr. Epstein.

Mr. Indyke was Mr. Epstein’s personal lawyer, and Mr. Kahn was an in-house accountant. Daniel Weiner, a lawyer for estate, said the executors “categorically reject the baseless assertions of wrongdoing made against them” and said they never received $13 million.

He added, “The 2013 Butterfly Trust mentioned in today’s filing by Ms. George has nothing whatsoever to do with Mr. Epstein’s estate or any funds available to it.”

The U.S. Virgin Islands sued Mr. Epstein’s estate in January 2020 seeking to recoup at least $80 million in tax benefits that local authorities contend his Southern Trust company received through deception and fraud. Ms. George has argued the U.S. territory was deceived into granting lucrative tax benefits that enabled Mr. Epstein to use his private island residence there as a place to sexually abuse teenage girls and young women.

The Butterfly Trust had been used by Mr. Epstein to make payments to some of the people who helped him recruit and groom teenage girls for abuse, according to bank regulators in New York.

Mr. Epstein’s estate, valued at around $600 million at the time of his death, is now worth less than $185 million after paying $121 million in settlements to more than 135 victims and nearly $200 million in federal taxes.

Rashmika Mandanna on working with Amitabh Bachchan in Goodbye: Will learn a lot