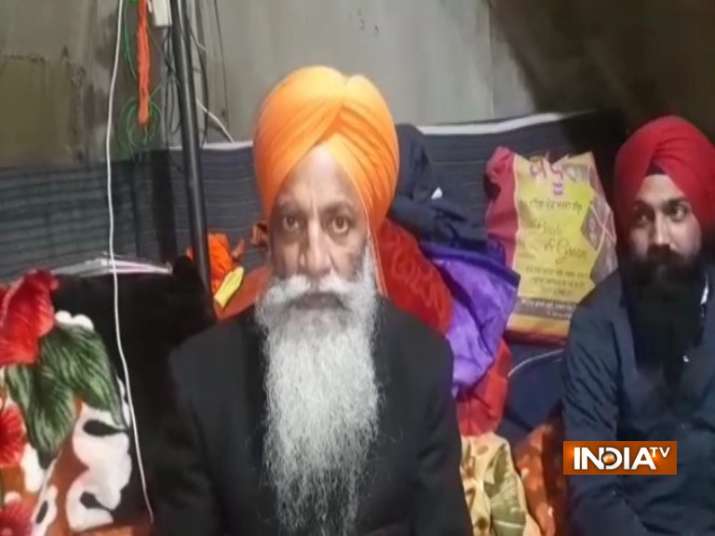 Fissures have emerged in the farmer unions protesting against the three new farm laws. Bharatiya Kisan Union (BKU) leader Gurnam Singh Chaduni, who was suspended on Monday by the Sanyukt Kisan Morcha, has hit back at farmer leader Shiv Kumar Kakka.

Reacting to Kakka’s charge against him that he took Rs 10 crore to plot the downfall of the Haryana government, Chaduni said there was an attempt to derail the protests by creating a rift among the farmers.


“We will issue a notice to the newspaper that published the article, as well as Kakka. He should have provided some evidence. These are tricks of the government trying to break the protest and they won’t be successful,” BKU chief Gurnam Singh Chaduni said.

Chaduni even called Kakka an agent of the Rashtriya Swayamsevak Sangh (RSS).

“This can’t be the allegation of Sanyukta Kisan Morcha but an individual. These are Kakka ji’s(Shivkumar Singh) allegations who himself is RSS agent. He was head of Rashtriya Kisan Sangh for a long time, a branch of RSS. They’re trying to divide and rule,” news agency ANI quoted Chaduni, as saying.

Meanwhile, the Sanyukt Kisan Morcha has also formed a committee to decide on further action on Chaduni. The Morcha, which had earlier barred Chaduni from participating in the next round of talks with the government scheduled to be held on January 19, held a meeting at the Singhu border on Monday (January 18) evening over the controversy. Speaking to reporters after the meeting, Yogendra Yadav Chaduni will be part of the farmers’ delegation that will participate in the 10th round of talks with the government.

ALSO READ: Deadlock over farm laws continues, next round of meeting between govt and farmers on Jan 19

According to reports, Chaduni had last week met leaders from Congress, Aam Aadmi Party (AAP) and Shiromani Akali Dal (SAD) in New Delhi to seek support for the ongoing protests.

Bhartiya Kisan Union (Lakhowal) Punjab general secretary Paramjit Singh said that farmers are not going to hold their rally on Rajpath and in other high-security areas, adding that they would only take out it on the Outer Ring Road in Delhi and that there will be no disruption in the official Republic Day parade.

Farmers will return to protest sites after taking out the tractor rally on the Outer Ring Road on January 26, Lakhbir Singh,  vice president (Punjab) of All India Kisan Sabha, said.