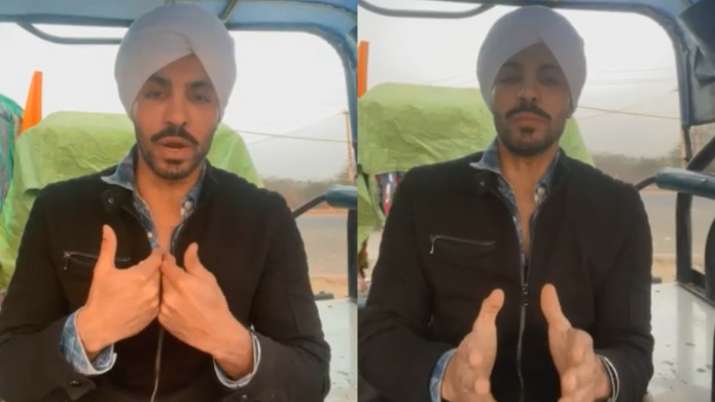 Republic Day 2021 was surrounded by not just the fear of coronavirus spread but also the protest of Indian farmers. A violent clash between the protesting farmers and the police took place in the national capital on Tuesday. Scores of protesters entered the Red Fort and hoisted a pennate on the ramparts of the 17th-century monument. Amid the increasing tensions, people are being asked to stay calm. However, the name of Punjabi film actor Deep Sidhu has come in a negative light for a video he shared on Facebook. Speaking about the violent protest and hoisting of a religious flag from the rampart, he said, “We have only hoisted the Nishan Sahib flag on the Red Fort while exercising our democratic right to protest.”

Who is Deep Sidhu?

For those unversed about who Deep Sidhu is, he happens to be a Punjabi actor from the Muktsar district. Born in the year 1984, Deep studied and practiced law for a short period of time until he quit after lifting the Kingfisher Model Hunt award. His first film happens to be 2015 release Ramta Jogi however he achieved fame through his 2018 release ‘Jora Das Numbria.’ In the same, he was seen playing the role of a young gangster. The film’s sequel Jora Das Numbria-Second Chapter released in the month of March 2020 when the coronavirus lockdown was imposed.

READ more...  Parineeti Chopra would have been nervous if Saina was present on set

His social media platform is filled with videos ranging on different topics including– politics, history, economics and education. He attended various gatherings during the time when farm Bill protests started to increase.

All about Farmers’ Protest, January 26:

Wielding sticks, clubs and holding the tricolour and union flags, thousands of farmers atop tractors broke barriers, clashed with police and entered the city from various points storming the Red Fort and climbing atop the flagpole on Republic Day.

Earlier in the day, the Home Ministry decided to temporarily suspend the internet in parts of Delhi like Singhu, Ghazipur, Tikri, Mukarba Chowk and Nangloi and their adjoining areas for 12 hours from Tuesday noon.

Farmers, mostly from Punjab, Haryana and western Uttar Pradesh, have been camping at several border points of Delhi since November 28, demanding a repeal of the three farm laws and a legal guarantee to the minimum support price (MSP) for their crops.