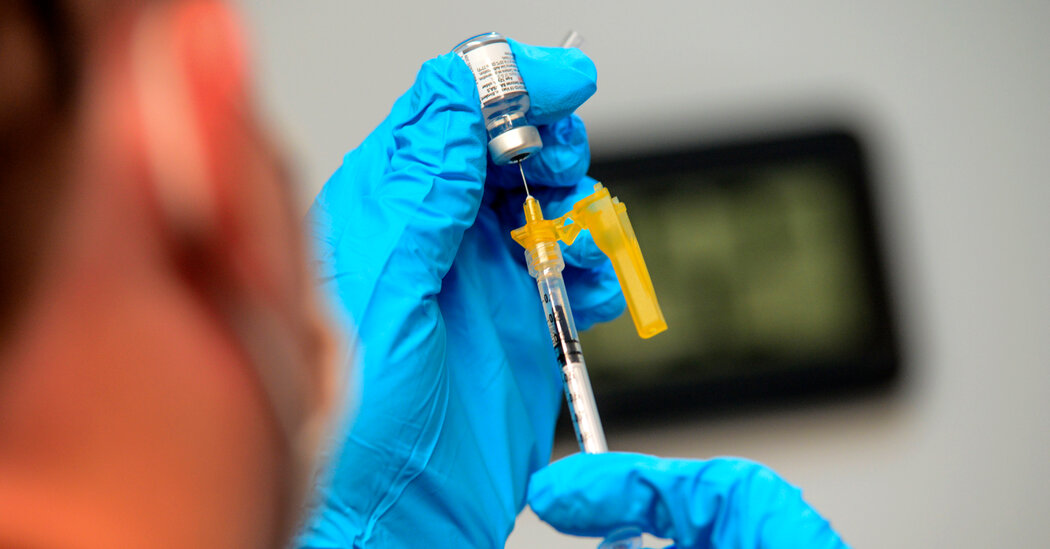 Regulators authorized the shots for older age groups in late August, but much of the general population appears either unaware or uninterested in them.

WASHINGTON — Federal regulators on Wednesday broadened access to updated coronavirus booster shots to include children as young as 5, hoping to bolster protection against the now-dominant version of the virus.

The revised shot developed by Pfizer-BioNTech previously had been cleared for those 12 and older, while Moderna’s updated booster was available only to those 18 and older. The Food and Drug Administration’s action will expand access to Pfizer’s shot to children as young as 5, and to Moderna’s shot to children 6 and older.

“Since children have gone back to school in person and people are resuming prepandemic behaviors and activities, there is the potential for increased risk of exposure to the virus,” said Dr. Peter Marks, the agency’s top vaccine regulator. While Covid-19 is typically less severe in children than adults, he said, “more children have gotten sick with the disease and have been hospitalized” as the pandemic has progressed.

The new boosters are authorized for administration at least two months after a child has completed the initial two-shot series or received a booster dose. Regulators authorized the shots for older age groups in late August, but much of the general population appears either unaware or uninterested in them.

Dr. Ashish K. Jha, the White House Covid-19 coordinator, estimated on Tuesday that 13 million to 15 million Americans had received the updated shots through last weekend. Nearly 226 million people have received an initial round of vaccination, and more than 110 million have received at least one booster shot.

Dr. Rochelle P. Walensky, the director of the Centers for Disease Control and Prevention, is expected to quickly approve distribution of the shots. Moderna’s updated shots would then speedily become available for children at tens of thousands of sites, while Pfizer’s shots will be available next week, federal officials said.

‘A Crisis Coming’: The Twin Threats to American Democracy