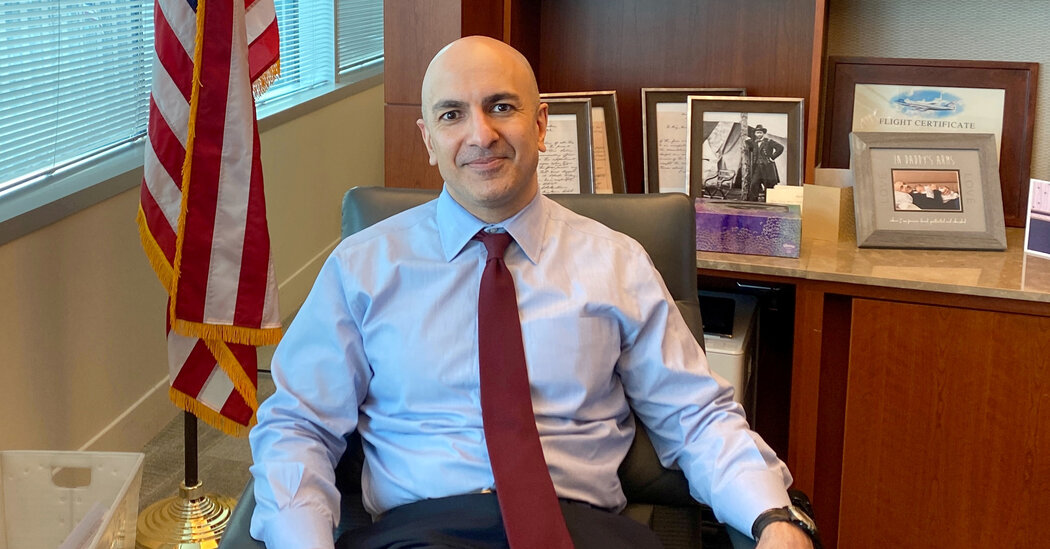 Neel Kashkari, the president of the Federal Reserve Bank of Minneapolis, suggested on Friday that markets had gotten ahead of themselves in anticipating that the central bank — which has been raising interest rates swiftly this year — would soon begin to back off.

Fed officials raised interest rates by three-quarters of a percentage point this week, their second consecutive supersize rate increase and a move that took their policy setting to a range of 2.25 to 2.5 percent. That’s roughly what policymakers think of as a neutral setting, one that neither stokes nor slows growth, and further increases in interest rates will begin to actively hit the brakes on the economy.

Given that fact, Jerome H. Powell, the Fed chair, said policymakers would now set rates meeting by meeting rather than committing to a broad plan well in advance. Investors took that as a sign that the central bank was likely to slow rate moves sharply in the coming months as the economy slows. In fact, bond market pricing suggests that investors think officials may even begin to cut interest rates next year.

“I don’t know what the bond market is looking at in reaching that conclusion,” Mr. Kashkari said, adding that the bar would be “very, very high” to lower rates.

Mr. Kashkari said that it was too soon to know how big of a rate increase might be appropriate in September, but that raising rates by half a point at coming Fed meetings “seems reasonable” to him.

He noted, however, that inflation data had been surprising “in a bad way” and that continued higher core inflation could push him to think a three-quarter-point move would be needed. (Core inflation strips out volatile fuel and food prices to get a sign of underlying inflation pressures.)

The difficult question to answer, Mr. Kashkari said, is how high interest rates will need to rise to wrestle inflation back down.

“How much are we going to have to do to break the cycle of inflation and get inflation well on its way back down?” Mr. Kashkari said. “Nobody knows that.”

But, he added, “We know we have a job to do, and we’re committed to doing it.”

Adarsh Gourav says he know the advantage of being middle-class