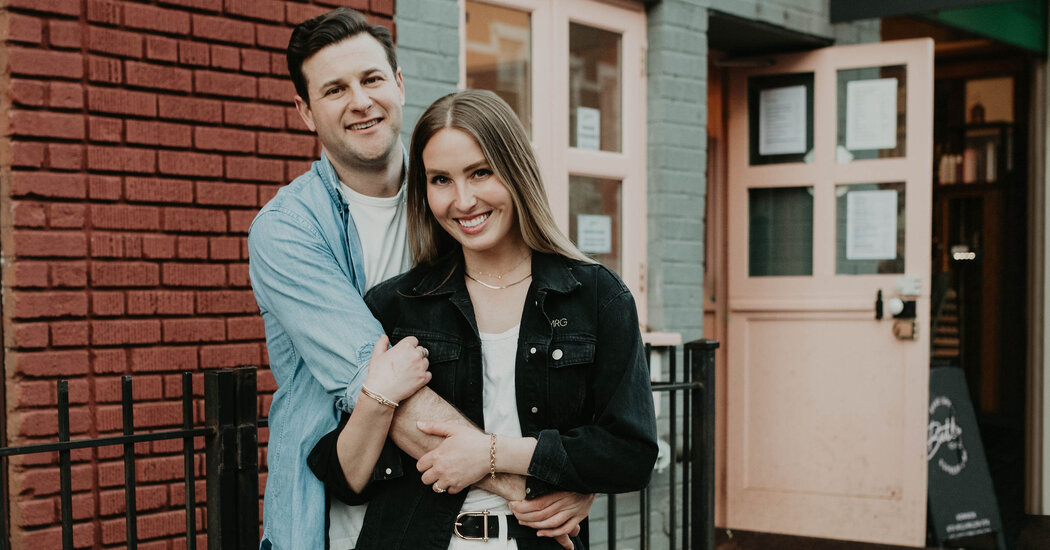 Maddie Gaither and Ben Agron were renting a renovated loft in Williamsburg, Brooklyn, when the pandemic began to recede and rents across New York City started to rise. The couple decided that if their landlord increased their rent beyond the $3,650 they were paying, it would be time to leave.

“We had seen it when people were moving out,” said Mr. Agron, 33, of the rent increases, which often amounted to hundreds more dollars each month. “We saw what they were re-listing apartments for, and it was just crazy.”

Mr. Agron, who grew up in Sacramento and moved to New York in 2019, is an account manager for a tech company. Ms. Gaither, 31, who grew up in Akron, Ohio, and has lived in New York for over a decade, is a recruiter at Google. They felt they could come up with a 25 percent down payment for a home worth $1 million or less. But they weren’t sure where.

“I was team Brooklyn and he was team Manhattan,” Ms. Gaither said.

Mr. Agron was partial to the Upper East Side, where he has several close friends, and wanted a modern apartment that wouldn’t require any work. Ms. Gaither, who prefers older buildings, was undeterred by the prospect of a small renovation, and was partial to several areas in Brooklyn.

[Did you recently buy or rent a home in the New York metro area? We want to hear from you. Email: [email protected]ytimes.com]

“I wasn’t so against the Upper East Side, but I’ve always been so in love with Park Slope, Cobble Hill or Brooklyn Heights,” she said.

Commuting was also a factor, although Ms. Gaither, who works in Chelsea, was less concerned about it than Mr. Agron, who works near Times Square.

They agreed on one thing: With a November wedding on the horizon and a plan to start a family, they had outgrown Williamsburg. “We were elder millennials in Williamsburg, with warring rooftop DJs starting at 2 p.m. every Saturday,” Ms. Gaither said. “We just didn’t see having a baby in Williamsburg.”

They didn’t see having a baby in their apartment, either, where the space functioning as a second bedroom had no windows. They wanted two real bedrooms and an updated kitchen and bathroom. The couple has a 3-year-old rescue dog, Sadie, and during the pandemic Ms. Gaither began fostering dogs, as well. So finding a place with outdoor space or a nearby dog park was a priority.

They started searching in April with real estate agents from Brown Harris Stevens, hoping they would find something quickly, before they turned their attention to the wedding. “We knew that if we didn’t get this done by a certain time, they were going to be pencils down,” said Scott Harris, a broker with the team.

‘The Best Tool We Have’ for Self-Harming and Suicidal Teens

The ‘Cost’ of Voting in America: A Look at Where It’s Easiest and Hardest