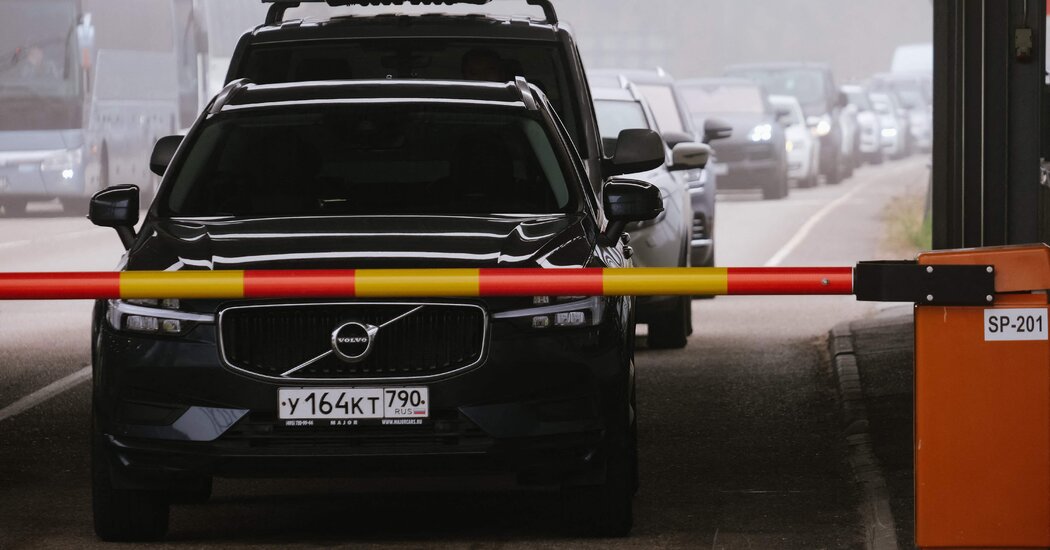 The Finnish government announced on Thursday that it would bar Russians from entering as tourists, a long-discussed move that closes off the last land route into the European Union for people fleeing the Kremlin’s military mobilization effort.

Finland is a member of the Schengen area, which allows free travel within 26 countries in Europe. Approximately 80 percent of Russians entering Finland with tourist visas continue from Finland to other countries.

Finland has been signaling that it aims to further restrict Russian tourism and travel through its territory, citing concerns about security risks as border crossings have increased following the Kremlin’s announcement this month that it would call up more troops.

The numbers of Russians entering Finland have dropped since peaking over the weekend. On Tuesday, 7,052 Russians entered the country, twice as many as returned to Russia, according to government figures. The number of arrivals dropped to 4,707 on Wednesday.

Russia’s Baltic neighbors and Poland barred Russians from crossing into their countries by land earlier this month, leaving Finland as the only European Union nation with a land border with Russia that allowed Russian citizens to cross as tourists. Finland had already this month cut the number of tourist visas it issues to Russians by 90 percent, to only 100 a day.

Living in the shadow of a large and powerful neighbor has long shaped Finland’s foreign policy, and Moscow’s invasion of Ukraine has prompted fast changes. In June, NATO leaders formally invited Finland and Sweden to join the military alliance, as both Nordic nations abandoned decades of neutrality and military nonalignment in order to buttress their security.

TimesNewsNow provides Real, Raw, Authentic/verified news in this industry and we’re growing pretty quickly to achieve our Target with you. The latest updates, Trending Topics, Internal News, are some of our specialties. We are registered with the GOI as TNN Media Network (Timesnewsnow.com and all its subdomains), Also registered in London, UK.
Contact us: [email protected]m