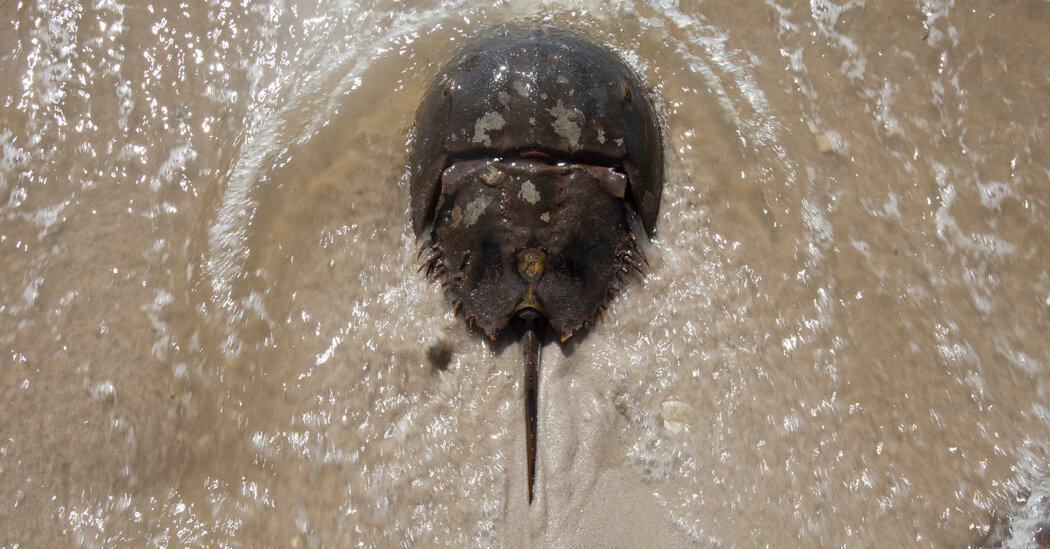 A commission acknowledged concerns about the threatened shorebirds that rely on crab eggs as a critical food source around the Delaware Bay.

A fisheries regulator on Thursday unexpectedly extended a ban on harvesting female horseshoe crabs from the Delaware Bay to help protect a vital food source for the red knot, a threatened shorebird that migrates via the bay’s beaches.

A board at the Atlantic States Marine Fisheries Commission voted to maintain a decade-old zero-quota on female crabs at a closely watched meeting that set next year’s crab catch by the fishing industry in New Jersey, Delaware, Maryland and Virginia.

The decision rejected a plan that would have allowed the industry to catch about 150,000 female crabs in 2023, the first proposed female harvest in 10 years.

The plan had been attacked by conservationists who argued that resuming the female harvest would further reduce food for the red knot and other migrating shorebirds that depend on the bay’s crab eggs to complete a long-distance flight each spring from South America to breeding grounds in the Canadian Arctic.

The birds’ population is also under pressure from the biomedical industry, which uses an extract of crab blood to detect bacteria in medical products and takes blood from an undisclosed number of Delaware Bay crabs each year. Although crabs are returned to the water after being bled, some die or are unable to breed, contributing to the lessening food supply for shorebirds, conservationists say.

The knot population dropped sharply starting in the early 2000s in response to an over-harvest of horseshoe crabs for bait from the bay beaches. The number of birds declined to a record low of 6,880 in 2021 from around 90,000 in the 1990s, according to a count by conservationists.

The commission, using a model-based method for population counts, disputed the conservationists’ tally and estimated that the knot population was stable at about 45,000.

Still, the board dropped its plan to restart the female harvest, saying that it wanted to balance the needs of fisheries and the bay’s ecosystem and in recognition of public demand for protecting the knot.

“Acknowledging public concern about the status of the red knot population in the Delaware Bay, the board elected to implement a zero female horseshoe crab harvest for the 2023 season as a conservative measure,” the commission said in a statement.

On Thursday, it recognized the birds’ dependence on crab eggs, and the board set a harvest limit of 475,000 male-only horseshoe crabs for the 2023 season.

Conservationists welcomed the decision, saying that it would improve prospects for the knot’s survival and for other shorebirds including the semipalmated sandpiper and the ruddy turnstone, whose numbers have also suffered from the crab harvest over the last 20 years.

“We are grateful that the commission listened to the public and did not authorize a harvest that would put the red knot at even greater risk and further deplete the Delaware Bay ecosystem,” said Ben Levitan, an attorney for Earthjustice, a nonprofit law firm representing conservation groups that had criticized the commission’s plan.

Mr. Levitan urged the commission to disclose the details of its computer modeling if it revisited the female harvest.

“Going forward, the commission should allow full public involvement and respond to scientific critiques before any harvest expansion is again considered,” he said.

Allowing female crabs to be harvested again would have accelerated the knots’ path toward extinction, said Christian Hunt of the advocacy group Defenders of Wildlife. “Red knots depend on horseshoe crab eggs during their long migration. With fewer eggs, there will be fewer birds,” he said.

Small parties will prove to be a vote cut in Bihar