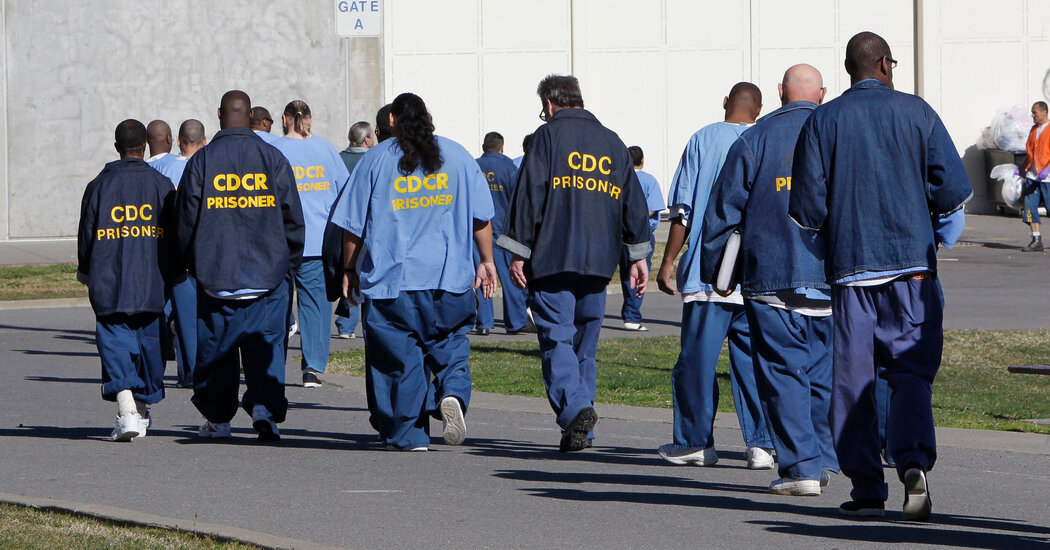 A former California correctional officer pleaded guilty on Monday to federal charges, admitting that he had covered up the assault of two inmates, one of whom died, and then boasted about it in text messages.

The former officer, Arturo Pacheco, 40, of Elk Grove, Calif., pleaded guilty to two counts of deprivation of rights under color of law and two counts of falsifying records in a federal case. He could face up to 60 years in prison, but under a plea agreement, the government has agreed to recommend that he receive no more than 12 years and seven months when he is sentenced on Oct. 17.

A lawyer representing Mr. Pacheco did not immediately respond to a request for comment on Tuesday.

Phillip A. Talbert, the U.S. attorney for the Eastern District of California, said he was glad to see that Mr. Pacheco was being held accountable for his actions.

“While Pacheco thought a ‘green wall’ or code of silence would protect him, he was wrong,” Mr. Talbert said in a news release. “Those who violate the public’s trust by harming inmates ‘under the color of law’ or by covering up wrongdoing must and will be held accountable.”

Mr. Pacheco, who worked at California State Prison, Sacramento, as a sergeant, was escorting a handcuffed inmate on Sept. 15, 2016, when he yanked the man’s legs out from under him, prosecutors said. The inmate, who is not named in the indictment, fell forward onto the concrete, breaking his jaw and several teeth.

The man was taken to UC Davis Medical Center where he died of a pulmonary embolism about two days later.

While the inmate was in the hospital, prosecutors said, Mr. Pacheco and other correctional officers began falsifying reports to cover up the episode.

Mr. Pacheco told Ashley M. Aurich, a former California State Prison, Sacramento, guard, that the two were going to keep their reports “in house,” by drafting fake narratives to submit as documentation, according to the plea agreement.

The two lied in reports, saying that the victim stopped moving, spun to his left and lunged forward, according to the plea agreement. They wrote that he had broken free of Mr. Pacheco’s escort, requiring him to be taken to the ground in a “controlled manner.” Mr. Pacheco and Ms. Aurich also intentionally left another correctional officer off their report out of fear that the officer would submit an accurate report, prosecutors said.

Ms. Aurich was also charged in the case. She pleaded guilty in January 2021 to one count of falsification of records and is to be sentenced on Sept. 26.

Months before the inmate’s death, prosecutors said, Mr. Pacheco was involved in a confrontation with another inmate.

Mr. Pacheco later sent text messages to his friend bragging about what had happened and saying that he found it “funny.”

It’s “all about how u write ur report,” “plus ur partners have ur back,” wrote Mr. Pacheco. Blood, “broken glass, n just u n ur partners. … Green light!”

The Federal Bureau of Investigation is investigating potential wrongdoing at the Sacramento prison after accusations that correctional officers conspired with inmates to orchestrate the killing of two other prisoners, according to The Sacramento Bee.

75 years of Independence: PM Modi to inaugurate to Amrut Mahotsav, flag off Dandi...

West Bengal opinion poll: Mamata or Modi, who has the edge? | Big takeaways