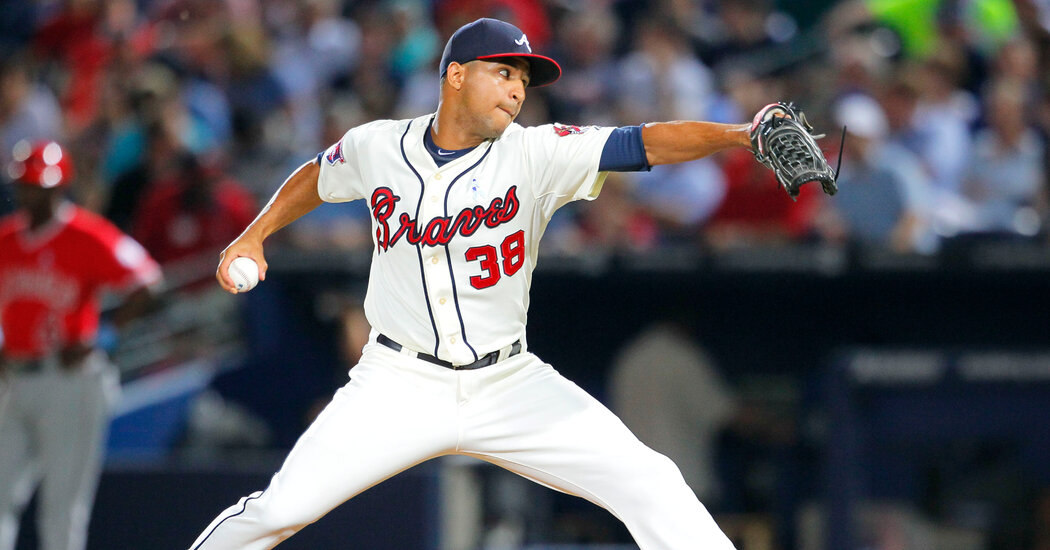 Anthony Varvaro, 37, was driving to a Sept. 11 commemoration in Manhattan when he was in a crash with a person driving the wrong way, the authorities said. Both were killed.

A former Major League Baseball pitcher who became a Port Authority police officer after retiring from the sport was killed in a car crash on Sunday while driving to a Sept. 11 commemoration in New York, according to the authorities and his former team.

The former pitcher, Anthony Varvaro, 37, was on the New Jersey Turnpike in Hudson County at about 4:30 a.m., en route to Lower Manhattan for the commemoration, when a Toyota RAV4 going the wrong way struck his Nissan Maxima, causing it to hit a concrete barrier, said Charles Marchan, a spokesman for the New Jersey State Police, in a statement. The driver of the Toyota, Henry A. Plazas, 30, and Mr. Varvaro were killed, Mr. Marchan said.

The family of Mr. Varvaro said in a statement that “words cannot express our heartbreak and how much we will miss Anthony.”

“We are together today remembering Anthony’s accomplishments on the field and his service with the P.A.P.D.,” the family said. “But more importantly, how the little things were so much bigger to him, and he cherished every moment spent with friends and family.”

Born in Staten Island, Mr. Varvaro told ESPN in 2017 that he grew up in a tight-knit community full of people who worked in “professions that are pretty much dedicated to giving back,” such as teaching, nursing, sanitation work and policing. His neighbors inspired him to one day become a police officer. But once he realized he could throw a baseball “pretty firm,” he said, he dreamed of playing baseball in the M.L.B.

In 2005, Mr. Varvaro was drafted by the Seattle Mariners in the 12th round. He then moved to Atlanta in 2011, where he spent four seasons as a relief pitcher for the Braves.

Mr. Varvaro was traded to the Boston Red Sox in 2014, but after learning that he would need a second elbow surgery, he came to a crossroads.

“I had to decide if I wanted to keep on playing or move on to a second profession,” Mr. Varvaro said in 2017.

During off-seasons, he would take a Port Authority police test just to see what would happen, he told ESPN. Eventually, the Port Authority called him and asked if he was still interested.

He recalled in 2017 that toward the end of his academy training he jotted down where he most wished to be assigned as a patrol officer: The One World Trade Center. Soon, he was walking around the 9/11 Memorial & Museum in uniform, listening to fellow officers joke that their allegiance to the Mets made them skeptical of a former Atlanta Braves player.

“To be able to work at that specific location, you know, going back to the day of Sept. 11 of 2001 — I feel like I’m honoring, you know, everyone who lost their lives that day,” he said.

Mr. Varvaro is survived by his wife, Kerry, and his four children, according to the Port Authority.

Air pollution in Delhi from Parali will increase by 26 percent: Safar