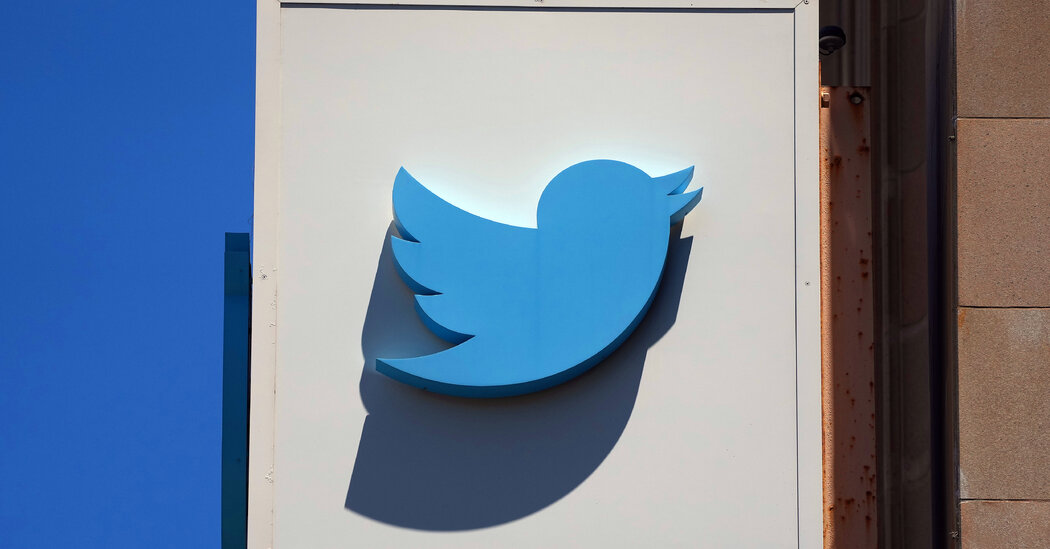 A federal jury in San Francisco deliberated for nearly three days before convicting him on six charges while acquitting him on five others in the two-week trial.

SAN FRANCISCO — A former Twitter employee was convicted on Tuesday by a jury in federal court of six charges related to accusations that he spied on the company’s users for Saudi Arabia.

While at Twitter, Ahmad Abouammo, 44, managed media partnerships in the Middle East and North Africa. He developed relationships with prominent individuals in the region, receiving hundreds of thousands of dollars and a luxury watch from a top adviser to Saudi Arabia’s crown prince, Mohammed bin Salman. In return, prosecutors said, he shared the personal user information of dissidents with Saudi officials.

The verdict comes at a fraught moment between the United States and Saudi Arabia, as the United States seeks closer Saudi-Israeli relations and relief from high gas prices. President Biden made his first visit as president to the kingdom last month, setting aside a promise to make it a “pariah” and exchanging a fist bump with the crown prince.

The visit was sharply criticized by human rights activists who said it diminished the murder of Jamal Khashoggi, the Washington Post columnist who was assassinated in 2018 by Saudi operatives.

Mr. Abouammo’s trial concluded on Thursday, and the jury of six men and five women took 17 hours to reach a verdict. On Monday, prosecutors and Mr. Abouammo’s lawyers agreed to allow 11 jurors to decide the case after the 12th member of the jury had been excused for testing positive for the coronavirus.

After the verdict was read on Tuesday, three jurors answered questions from the defense team, saying they had deliberated the longest over the charge that Mr. Abouammo had acted as an agent of a foreign government. The jury reached a unanimous decision on that count Tuesday morning, the jurors said. One juror told Mr. Abouammo’s lawyers that she wished Twitter had “a little more responsibility for this.”

A Twitter spokeswoman said the company had cooperated with law enforcement during the trial and had notified users who might have been affected.

Mr. Abouammo, who worked at Twitter from 2013 to 2015, was arrested in 2019. Ali Alzabarah, another former Twitter employee who was also charged in the scheme, fled the country before he could be arrested. Several of the charges of which Mr. Abouammo was acquitted were related to communications between Mr. Alzabarah and Saudi officials, suggesting that the jury was not convinced that Mr. Abouammo had influenced his co-worker’s actions.

Prosecutors described Mr. Abouammo as a mole who had sold his access to personal user information to Saudi Arabia.

“Power. Greed. Lies. You heard this story, told by the evidence, here in this courtroom,” said Eric Cheng, an assistant U.S. attorney, during closing statements.

In a statement, Stephanie Hinds, the U.S. attorney for the Northern District of California, said, “In this case, the government demonstrated, and the jury found, that Abouammo violated a sacred trust to keep private personal information from Twitter’s customers and sold private customer information to a foreign government.”

She added, “As this case demonstrates, we will not tolerate the misuse of personal information or attempts by foreign governments to recruit secret, malign agents at American technology companies.”

Mr. Abouammo repeatedly looked up personal information for the Twitter user behind an account known as Mujtahidd, as well as for other dissidents, prosecutors said. The Mujtahidd account is critical of Saudi leadership and has more than two million followers on Twitter. Prosecutors said Saudi representatives had paid $300,000 to Mr. Abouammo for the information.

Seth Wilson, a Twitter security executive who testified at the trial that Mr. Abouammo’s accessing of users’ information had been inappropriate, tweeted his gratitude for the verdict. “Been a long road to get to this conviction,” Mr. Wilson wrote. “Appreciate the efforts of so many to see that justice was done.”

Lawyers for Mr. Abouammo described him as merely a Twitter employee who had been doing his job. Other media-partnerships managers at Twitter also developed close relationships with influential people who used the platform and provided white-glove service, helping them become verified on Twitter and handling their complaints about impersonators and troublesome accounts, Mr. Abouammo’s defense argued.

Prosecutors had not connected Mr. Abouammo’s accessing information and receiving payments with actual sharing of that information, his lawyers said.

“Even if you think Mr. Abouammo possibly or probably did it, you must vote not guilty,” said Angela Chuang, a federal public defender who represents Mr. Abouammo and a lead attorney in the case, during closing statements. Jerome Matthews, another lawyer for Mr. Abouammo, declined to comment on the verdict.

Guadalcanal Anniversary Marked by a Kennedy