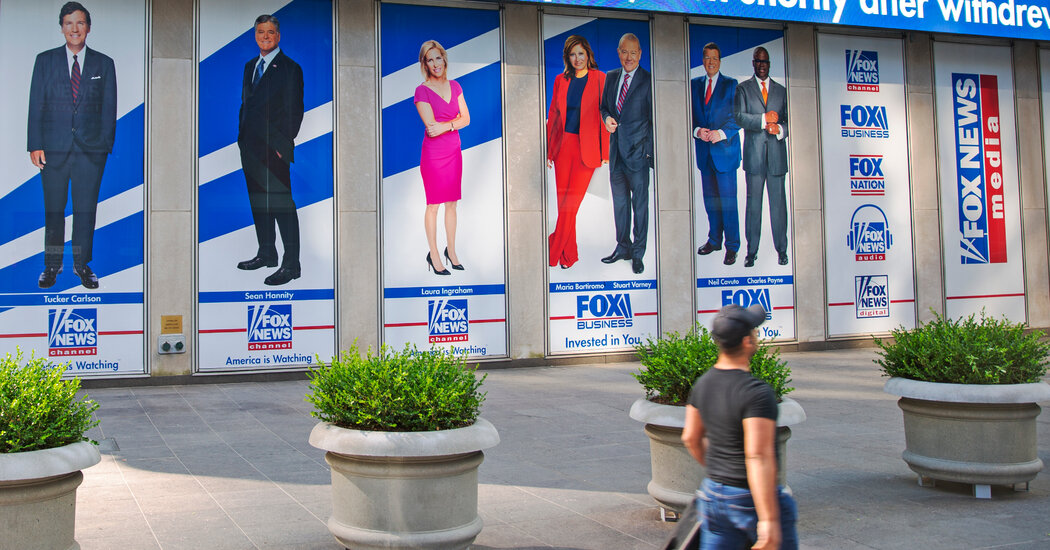 A union would represent an about-face for both companies, which told investors nearly a decade ago that they were better off apart.

The two parts of Rupert Murdoch’s media business, News Corp and Fox Corporation, are considering a proposal to reunite nearly 10 years after they split up, the companies announced on Friday.

The boards of Fox and News Corp have established committees to evaluate a possible deal, the companies said in statements. The committees have not made a decision about whether to combine.

Merging Fox and News Corp would represent an about-face for both companies, which told investors when they split that the two firms were better off apart.

The breakup plan came in the aftermath of a phone-hacking scandal at The News of the World tabloid in Britain, which exposed the company to legal and financial risks. Several other media conglomerates followed suit, splitting their promising TV businesses off from their slower-growing print properties.

The deal, if it goes through, could put a collection of news and entertainment assets including Fox News, The Wall Street Journal, the Fox broadcasting network and TMZ under the same corporate umbrella.

In 2019, Mr. Murdoch sold some of his biggest entertainment assets, including the 21st Century Fox movie studio, to the Walt Disney Company. That was one of numerous media deals that took place to compete with tech giants like Meta, which owns Facebook, and Alphabet’s YouTube.

Lachlan Murdoch, the chief executive of Fox and one of Rupert Murdoch’s sons, told Fox investors in 2019 that the companies would not reunite.

Mr. Murdoch, the chairman of both companies, proposed the deal within the past two weeks, according to three people with knowledge of the talks. The Murdoch family trust, which has ownership stakes in both companies, also endorsed the merger.

Mr. Murdoch sees potential moneymaking and cost-saving opportunities in joining the two companies. The new company could look for ways to integrate its media properties. It could also explore ways to use the company’s assets for emerging business lines, such as sports betting. In 2019, Fox said it was joining forces with the Stars Group, a gaming company, to launch a sports-betting platform called Fox Bet.

The merged companies could potentially save money by hiring one management team and maintaining one set of relationships with vendors, the people said.

The proposal would divide ownership among stockholders based on the market value of each company, four people with knowledge of the talks said. The proposal did not suggest a proposed relative valuation for the companies.

The Wall Street Journal reported earlier that News Corp and Fox were weighing a deal.

Robert Thomson, the chief executive of News Corp, told employees about the merger proposal in an email on Friday.

“At News Corp, we are constantly pursuing ways to enhance our performance and expand our businesses, and the upheaval in media presents both challenges and opportunities,” he wrote in the email, which was viewed by The New York Times.

“However, I would like to stress that the Special Committee has not made any determination at this time, and there can be no certainty that any transaction will result from its evaluation,” Mr. Thomson wrote.