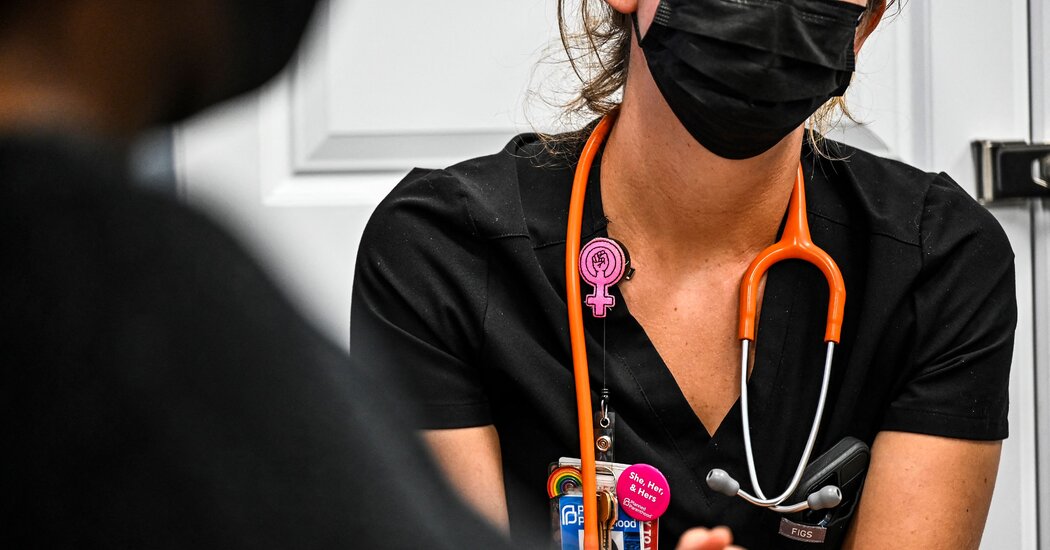 Smartphone location tracking, a multibillion-dollar business in the United States, can reveal intimate details about Americans’ daily routines — including where they go for medical treatments, religious services or mental health counseling.

Now the Federal Trade Commission is suing Kochava, a major location data broker, saying that the company’s sale of geolocation information on tens of millions of smartphones could expose people’s private visits to places like abortion clinics and domestic violence shelters.

Such precise data “may be used to track consumers to sensitive locations, including places of religious worship, places that may be used to infer an LGBTQ+ identification, domestic abuse shelters, medical facilities, and welfare and homeless shelters,” the F.T.C. said in a complaint filed on Monday.

The location details, the agency said, could be used to identify the mobile phones that people took with them on visits to an abortion clinic as well as the dates and times the visits took place. The data might also be used to trace the locations of health care professionals who provide abortions, the agency said.

Regulators warned that consumers are not aware that their location information is being sold, even though the practice could expose them to serious risks.

“The sale of such data poses an unwarranted intrusion into the most private areas of consumers’ lives and causes or is likely to cause substantial injury to consumers,” the F.T.C. complaint said.

The lawsuit comes at a moment of heightened concern over the privacy and security of reproductive health data. Civil rights groups have warned women seeking abortions in states that have restricted the practice that law enforcement agencies could obtain their smartphone locations and use the data to prosecute them.

Based in Sandpoint, Idaho, Kochava is a digital marketing and analytics firm whose software enables app developers to track marketing campaigns. According to the F.T.C. complaint, the company is also a location data broker “that provides its customers massive amounts of precise geolocation data collected from consumers’ mobile devices.”

To illustrate the potential risks to consumers, federal regulators described how easy it was to obtain a free location data set for potential customers that Kochava offered on AWS Marketplace. The sample set contained details related to more than 61 million mobile devices, the agency said.

But the complaint said Kochava had not employed controls to prevent entities from using the free data sample to identify individual consumers or track them to sensitive locations.

In a pre-emptive lawsuit against the F.T.C. filed earlier this month, Kochava denied that its location data could be used to identify people and track them to sensitive places. It also rejected the F.T.C.’s contention that the company did not employ controls to prevent its clients from tracking consumers to sensitive places.

' Close the particular noise': Mithali Raj plus Company. perspire this out there with...