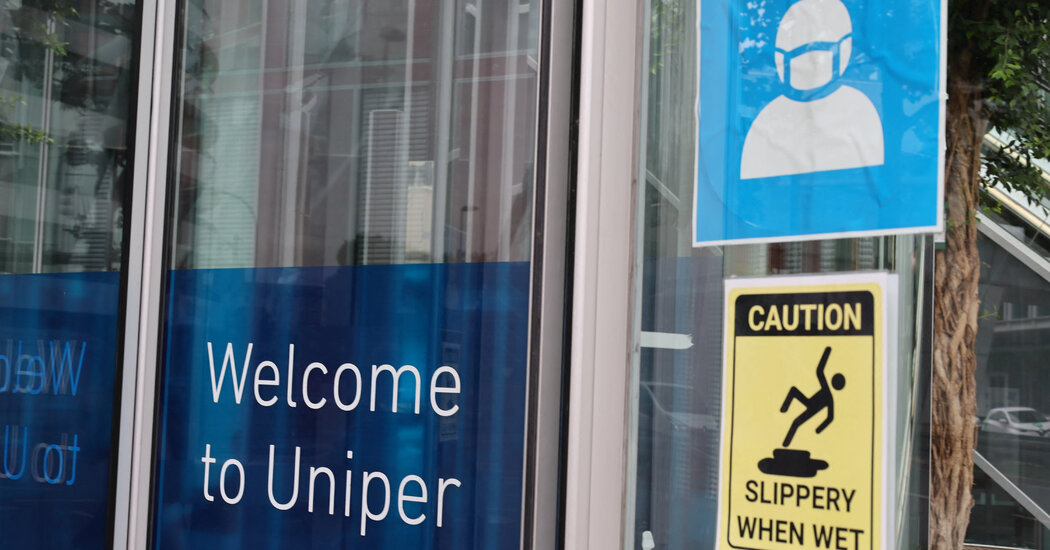 The German government agreed on Friday to take an approximately 30 percent stake in Uniper, one of the country’s largest suppliers of natural gas that was on the brink of financial ruin, to keep energy supplies flowing to hundreds of municipalities and fend off potential chaos in Europe’s energy market.

Uniper was the first company to benefit from a new law that allows the government to bail out companies deemed essential to the country’s gas supply. The government also expanded the credit it granted the company to 9 billion euros ($9.1 billion).

Germany is facing its worst energy crisis in decades, after Russia invaded Ukraine in February, setting off an economic battle between Moscow and Europe, the United States and its allies. The resulting huge rise in energy prices upended the business model of Uniper, which imports more Russian natural gas than any other company in Germany.

Uniper’s share price rose by 9 percent in trading on Friday, but the company has lost more than 70 percent of its value this year.

For decades, Uniper bought most of its gas from Gazprom, Russia’s state-owned supplier, and sold it to German factories and municipalities. Since the start of the war in Ukraine, Gazprom has broken its long-term contracts and begun reducing the amount of gas it provides to Europe. To make up for the reduction in the Gazprom supply, Uniper has been forced to buy other gas at higher prices.

As Uniper’s costs were spiking, the German government has sought to prevent it and other energy firms from passing the higher costs on to customers, leaving Uniper recording daily losses in the “middle double-digit million,” its chief executive, Klaus-Dieter Maubach, told reporters on July 8.

The company also dipped into its own natural gas reserves that were set aside for winter, a step that it described as an “emergency measures,” but which will no longer be allowed under new regulations the German government announced on Thursday, after Gazprom indicated it would not resume full deliveries through the Nord Stream 1 pipeline.

While Germany is leading the bailout, Uniper’s largest shareholder is Fortum, a Finnish company that itself is majority-owned by the government of Finland. Berlin and Helsinki were at odds over the terms of a bailout, leading to protracted talks between the two European partners.

Anushka Sharma is back to work months after welcoming daughter Vamika with Virat Kohli...