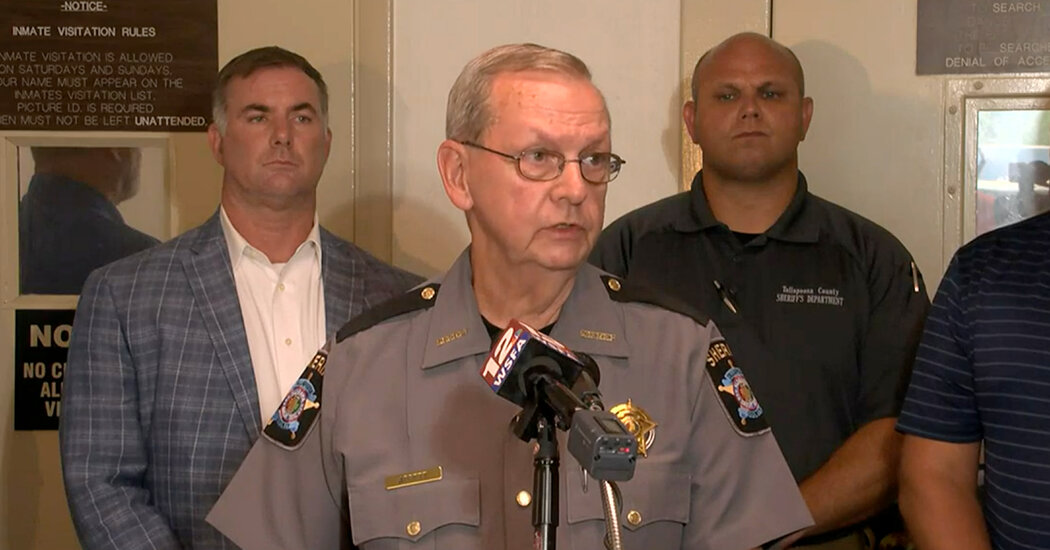 José Paulino Pascual-Reyes, 37, was charged with capital murder and first-degree kidnapping after the authorities said they found two decomposing bodies inside his house.

A 12-year-old girl who had been held captive was found walking along a road in rural Alabama on Monday after she escaped from a nearby home, which led the authorities to the grisly discovery of two decomposing bodies where she had been held.

The Tallapoosa County Sheriff’s Department said on Tuesday that José Paulino Pascual-Reyes, 37, of Dadeville, Ala., had been arrested and charged with first-degree kidnapping, three counts of capital murder and two counts of abuse of corpse.

It was unclear if Mr. Pascual-Reyes had a lawyer.

Jimmy Abbett, the Tallapoosa County sheriff, said at a news conference that just before 8:30 a.m. on Monday, a driver noticed a girl walking along a road near 3547 County Road 34 in Dadeville, Ala., and called 911.

Deputies who responded gave the girl medical treatment and started investigating, the sheriff said. Once they entered the house, officials said, they found two decomposing bodies.

Court documents said the girl had been tied to bed posts for nearly a week while she was assaulted and kept in a drugged state through the use of alcohol, according to WSFA, a TV station in Montgomery. The girl managed to get free and escape by chewing through her restraints, the documents said.

Sheriff Abbett declined to provide details about when the girl might have been kidnapped, the relationship between her and Mr. Pascual-Reyes or details about the two bodies, including identification and cause of death.

The authorities said the girl, who had not been reported missing, was “doing well.”

“She’s a hero,” Sheriff Abbett said. “She’s safe and we want to keep her that way.”

Sheriff Abbett said he believed that Mr. Pascual-Reyes had been living at the home since February. He added that other people were at the residence when the authorities arrived but the sheriff didn’t provide further detail.

The Federal Bureau of Investigation and the Department of Homeland Security, along with numerous local agencies, are helping investigate.

Farmer leaders to attend ninth round of talks with Centre on agri laws without...

David Beckham’s Kids: Everything To Understand about His 4 Kids With Victoria

Bernard Marson, a Catalyst for SoHo’s Renaissance, Dies at 91